Galaxy S20 Plus BTS Edition Poses for the Camera 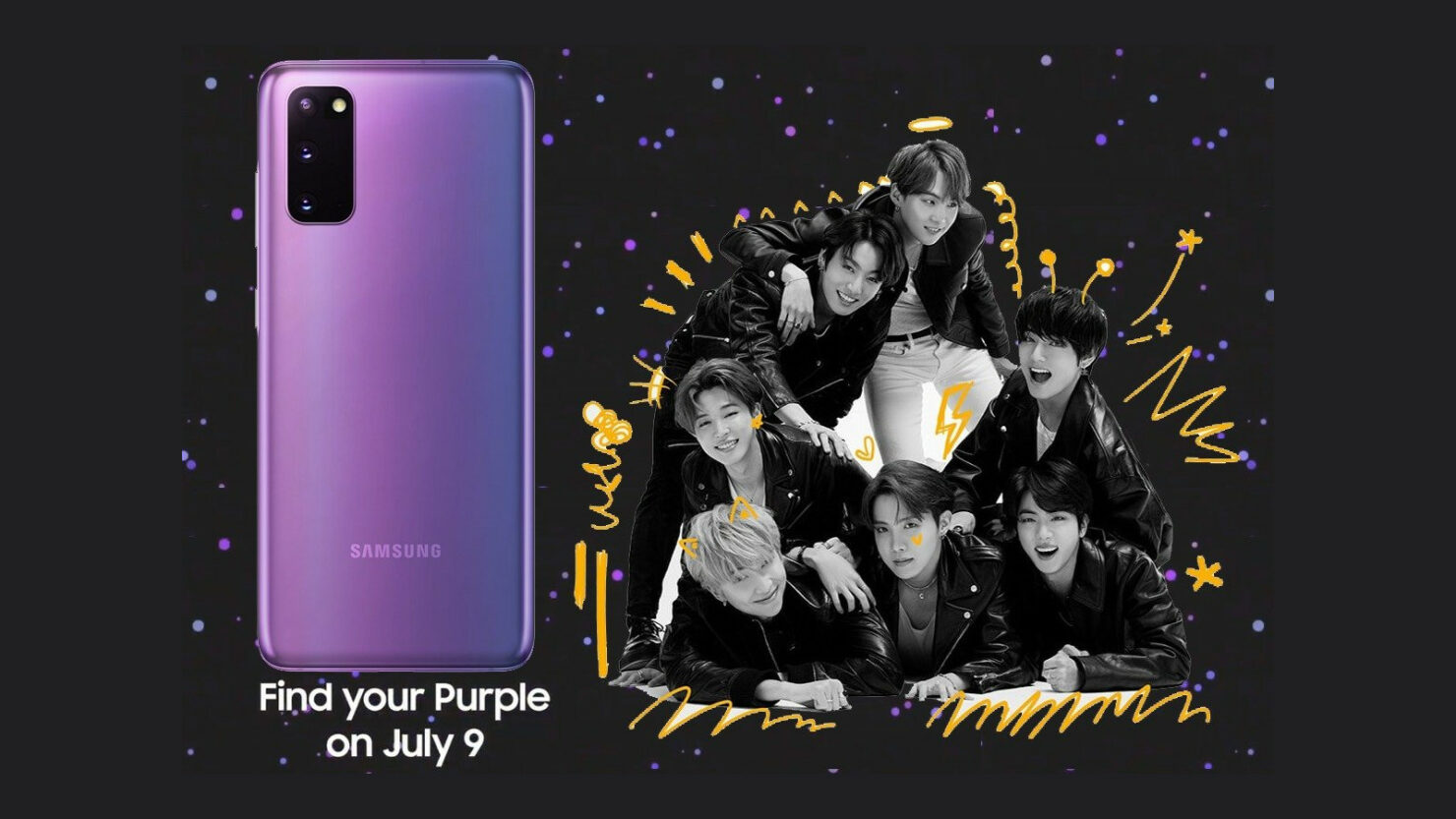 Samsung has a history of partnering up with artists from around the world as well as releasing special editions of their devices in different colours and with extra accessories. Samsung has decided to partner up with the hit K-pop sensation BTS and reveal the Galaxy S20 Plus BTS edition. The phone will come in a different colour scheme along with a number of colour-coded accessories.

BTS is unarguably among the biggest K-Pop bands. So, it is only fair that we see Samsung partnering up with them. The company recently revealed that they are going to start taking pre-orders for the device that will start on June 19th, later this month. We then got our first look at special edition Galaxy Buds+ that are also getting the BTS treatment and now we have our first look at how the device is going to look like.

Below, you can see how the Galaxy Buds+ BTS Edition will look like.

Not just the case, but even the buds themselves are getting the special treatment and they look nice with the black and purple combination. With obvious BTS insignias. 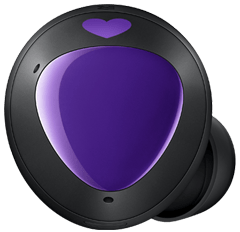 As far as the device is concerned, Evan Blass of @evleaks just posted the picture of the device on his Twitter, and I have to say, the colour scheme does look very striking. It reminds me of the Lilac Purple of the Galaxy S9 devices, but only a shade lighter. However, it is just an official render, and the actual colour is going to vary by a slight degree.

You can check the picture below. 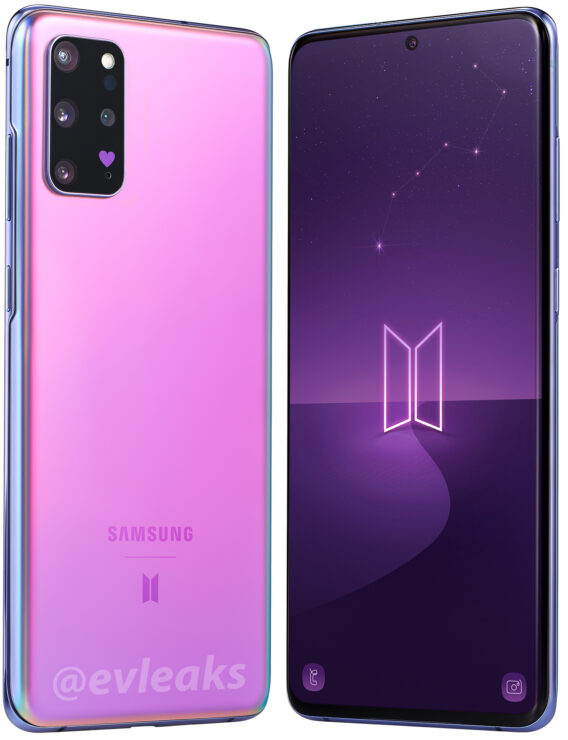 The phone certainly looks very striking, especially the BTS logo as well as the small heart is a nice touch by Samsung. Samsung even released a promo back in March showing V (Kim Tae-hyung). Even though it was just the regular colour, it is nice to see Samsung collaborating with them to release the BTS edition of the Galaxy S20 Plus.

The original Galaxy S20 Plus is definitely one of my favourite phones available in the market, and Samsung launching the Galaxy S20 Plus BTS Edition only goes to show that the company is trying to bring in more people to the fold by releasing a phone that will cater to a huge audience.

Are you looking forward to joining the BTS Army? Let us know your thoughts below.