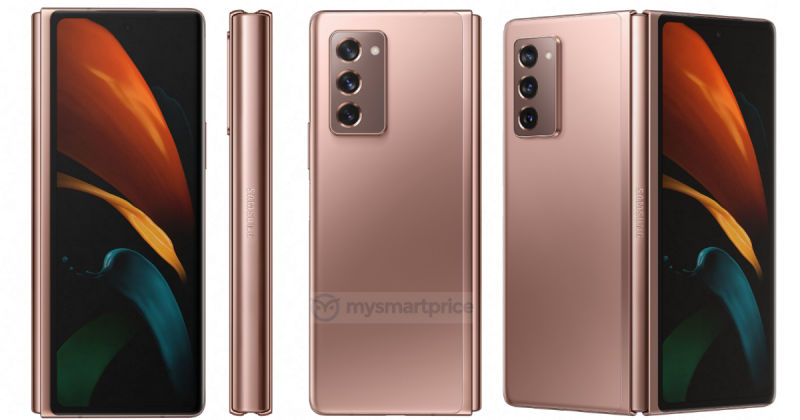 The Galaxy Z Fold 2 5G leaked earlier this morning that showed off the name as well as the hole-punch display, but that leak was a lot less inspiring simply because it was a single image that was very hard to look at thanks to the pixelated mess it was. The devices are set to be unveiled at the Galaxy Unpacked event on 5th August, later this year but seems like the official renders have just surfaced online, showing the device in two distinct colorways.

The source has shared the Galaxy Z Fold 2 5G Renders in two different colours, confirming a lot about the device as we have come to know. The camera setup looks just like the one found on the Galaxy Note 20's base model, and the exterior screen appears to be a lot bigger as well, here is your first look at the official render. 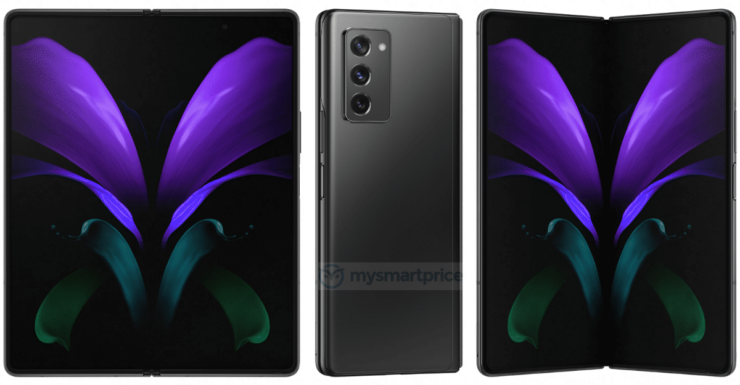 The render certainly looks a lot better than we had expected, and if the speculations are correct, the device is going to be one of the most powerful foldable available in the market. The source has also shed light on the alleged specs of the device. It turns out that you are getting a 6.23-inch super AMOLED cover display and a 7.7-inch foldable display with 120Hz refresh rate. On the rear, you have a triple-camera setup having the following configuration 64+12+12-megapixels and on the front, you will have a 10-megapixel shooter. You are getting support for 5G connectivity, so we suppose that this will either be running the Snapdragon 865 or 865 Plus. There will be two batteries with the combined power of 4,356 mAh and 15W wireless as well as 15W reverse wireless charging support.

The rumour suggests that the Galaxy Z Fold 2 will launch at a whopping $1,980. Which is around the same cost as the first generation. No other details have been shared, aside from the official renders. We all know that the official announcement is just a week away, so we will find out everything at the event.