After a brief pause, Samsung's Galaxy S7 has started to appear once again in the rumor mill. Its been quite a while since we've been hearing about the device, with countless details having surfaced over the past couple of months. With only visual confirmation remaining, the device is turning out to be quite an offering as far as hardware and performance specifications are concerned. Today we've got some news about the Galaxy S7's design details and looks like Samsung's decided to tone down things a bit. 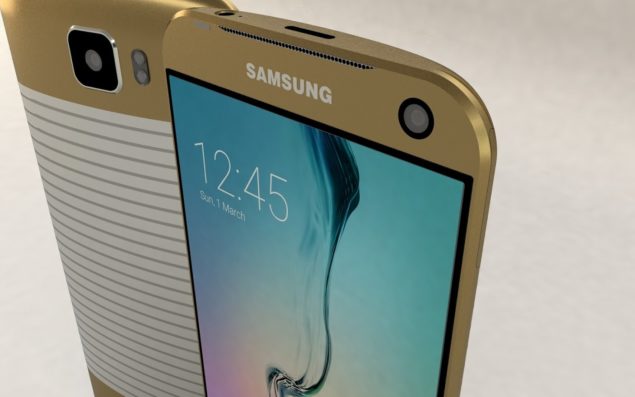 With the increasing emphasis on change in the smartphone and the business world in general, manufacturers often find themselves in complicated situations when releasing high profile devices. At one end you have the need to grow or keep market share intact and at the other end there's also a growing need of keeping devices unique and differentiated in terms of branding and customer experience. All of this, combined with the need to take hardware performance at the next level with every flagship launch makes being a smartphone manufacturer in today's world quite a complicated job indeed.

As a manufacturer, Samsung saw some mixed fortunes with the launch of the Galaxy S6 and the Galaxy S6 Edge last year, with both the devices coming with impressive designs and top-tier hardware specifications on board. While a high market demand did create some supply issues for Samsung, when compared to their predecessors, the pair was a vastly overhauled offering. And looks like Samsung's decided to keep some things similar on next year's Galaxy S7 launch, according to some information from the Korean media today.

In addition to top performing processors, the Galaxy S7 is also expected to come with RAW image support and a 20MP rear camera that's combined with Samsung's latest BRITCELL, successor to the Korean manufacturer's already popular ISOCELL. A special attention has also been to the device's multimedia capabilities, we've managed to learn. The Galaxy S7 will be coming with ESS’ Sabre 9018AQ2M headphone amplifier solution that, coupled with USB Type - C should make using the device one good experience indeed.

Hardware specifications aside, one thing that we've been continuously curious about on the Galaxy S7 is the device's design. After all, Samsung must be facing similar pressures that Apple did when launching the iPhone 6s and the iPhone 6s Plus this year but by the looks of things, if you're expecting the Galaxy S7 to be massively overhauled in terms of design, then you'd be wrong.

The Korean media is reporting that the Galaxy S7 will not be featuring any major design changes, and will be launched in a design language similar to this year's Galaxy S6 and the Galaxy S6 Edge. If Samsung manages to deliver on the device's performance segments, then we wouldn't be disappointed at this, since changing and perfecting a device's design does take quite while, as Apple has proved time and time again. Thoughts? Let us know what you think in the comments section below and stay tuned for the latest.