We are all aware that Samsung’s phablet sized variant of its flagship duo, Galaxy S6 Edge Plus is going to be unveiled on August 13 in New York City. Side by side, the company’s Galaxy Note 5 is also going to be showcased during the same period, making it a monumental appearance of mobile computing powerhouses. However, before you get excited for the release date of Galaxy S6 Edge Plus, you’d best make sure that you sufficient cash stuffed in your wallet and bank account because the upcoming smartphone is going to cost you, quite a bit. 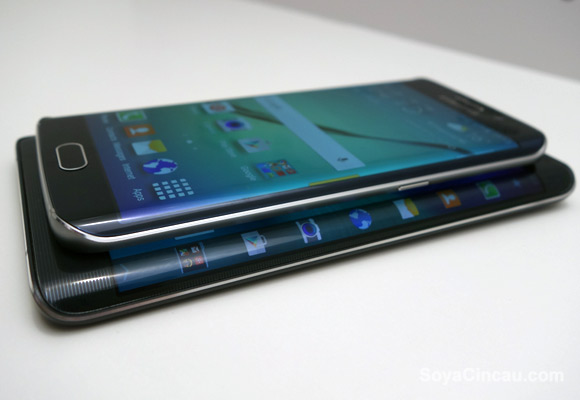 According to the latest source, Galaxy S6 Edge Plus is going to retail for approximately $880 for the 32 GB capacity model, and is obviously going to come without a contract. Currently, we do have any details concerning the on-contract prices of the upcoming handset, but we will be updating you accordingly.

As for the hardware specifications, you guys will be pleased to know that just like its smaller screen sized variants, Galaxy S6 Edge Plus is going to be running an Exynos 7420 SoC, as indicated by previous leaks that we had reported.

Additionally, the handset is also going to come stacked with 3 GB of RAM. Since the smartphone is going to feature a phablet sized form factor, it is going to possess a screen size of 5.5 inches that will render a resolution of 1440p. As part of the earlier leak that we had reported, Galaxy S6 Edge Plus is going to sport a gargantuan 3,700 mAh battery, if the information turns out to be true.

Unfortunately, when the question of expandable storage comes in to play, we are sorry to inform you that Galaxy S6 Edge Plus is not going to sport such a feature, despite getting stamped with such an exorbitant price tag. However, on plus side, Samsung will be making pricing adjustments to its Galaxy S6 and Galaxy S6 Plus in order to continue the ongoing momentum of its flagship smartphone duo.

Smartphone users who are eagerly waiting to get their hands on the device will not have to wait too long because it will be available to purchase on August 21. Let us hope that Samsung satisfies us once more.