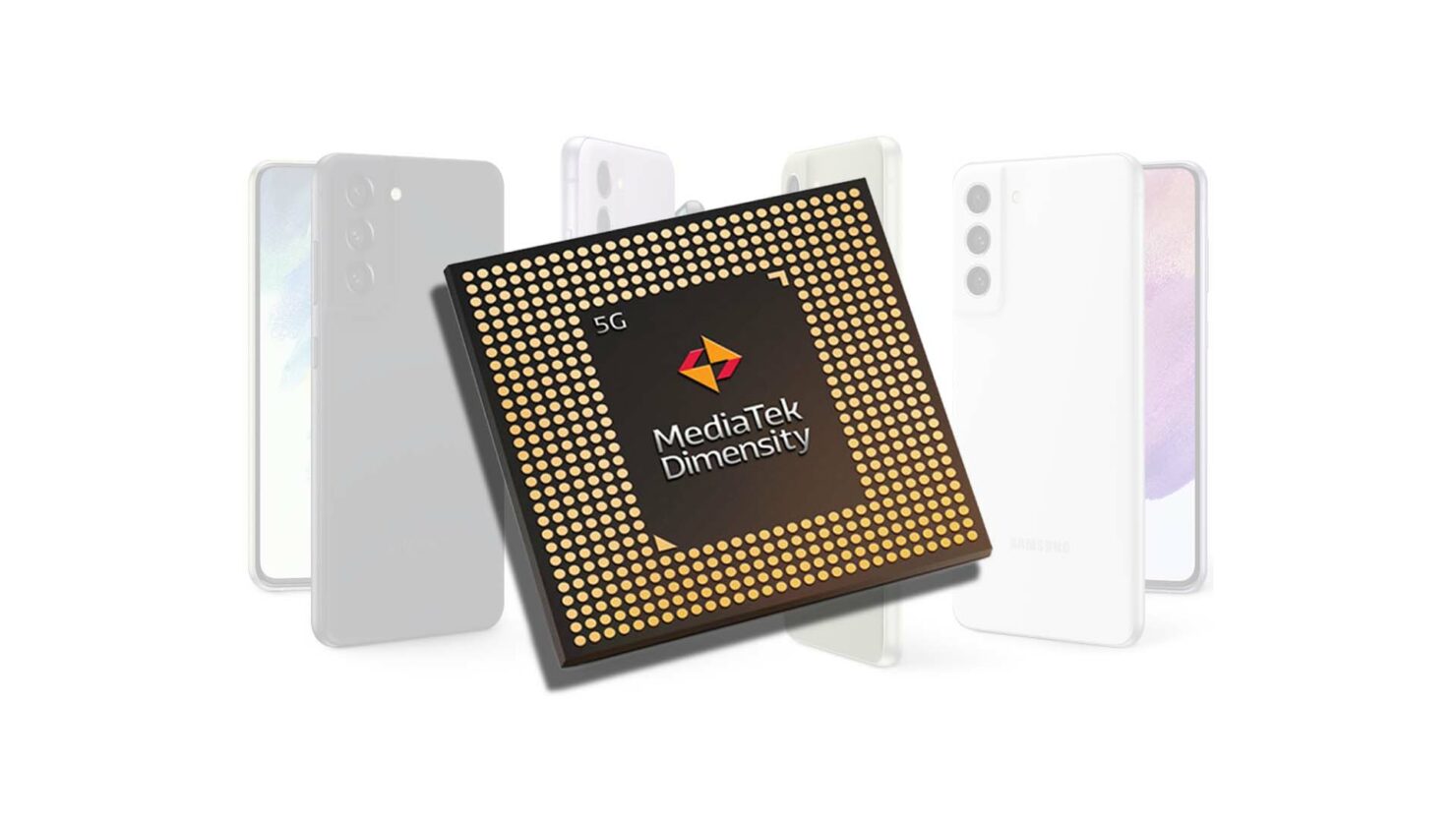 Where Qualcomm and Samsung usually made chipsets for high-end Android smartphones, MediaTek took both companies by surprise with its Dimensity 9000. The Taiwanese fabless chip maker’s fresh attempt at a premier SoC might be one reason out of many the Korean giant is reportedly exploring bringing an unnamed MediaTek silicon to the Galaxy S22 FE and Galaxy S23.

Samsung has normally relied on Snapdragon and Exynos SoCs to power its Galaxy smartphones, but according to Business Korea, at least in Asia, roughly half the number of Galaxy S22 FE and Galaxy S23 units will feature an unnamed MediaTek chipset. Since the report does not outright mention the name of the silicon, we can assume it will be the direct successor to the Dimensity 9000, which previous rumors claim would be called the Dimensity 1000.

The latest report also states the Galaxy S22 FE and Galaxy S23 will launch in the second half of 2022, suggesting that Samsung may be eyeing an early release, at least for these two models. The new information does not state if the bigger handsets such as the Galaxy S23 Plus and Galaxy S23 Ultra will see a launch in the same period. A previous benchmark test showed the Dimensity 9000 to be the fastest Android smartphone chipset in existence right now, but Samsung could have other reasons for picking an SoC from MediaTek besides performance.

Choosing MediaTek will give Samsung a competitive advantage over other vendors in pricing, though it will mean the Exynos chipset’s market share will decline. Last year, according to Strategy Analytics, MediaTek’s market share in the smartphone chipset category stood at 26.3 percent, with the chipset maker trailing behind leader Qualcomm, which had a market share of 37.7 percent.

MediaTek was regularly sought out for its low to mid-range offerings, allowing smartphone companies to lower the cost of their smartphones. With the Dimensity 9000, the Taiwanese firm has evidently had the Snapdragon 8 Gen 1 and Exynos 2200 in its sights, so it is possible the upcoming Galaxy S22 FE and Galaxy S23 get treated to the Dimensity 10000, assuming MediaTek is able to release that silicon in time.

Samsung itself has not commented on its involvement with MediaTek over using the latter’s chipsets for the Galaxy S22 FE and Galaxy S23, so remember to treat all this information with a pinch of salt for now.