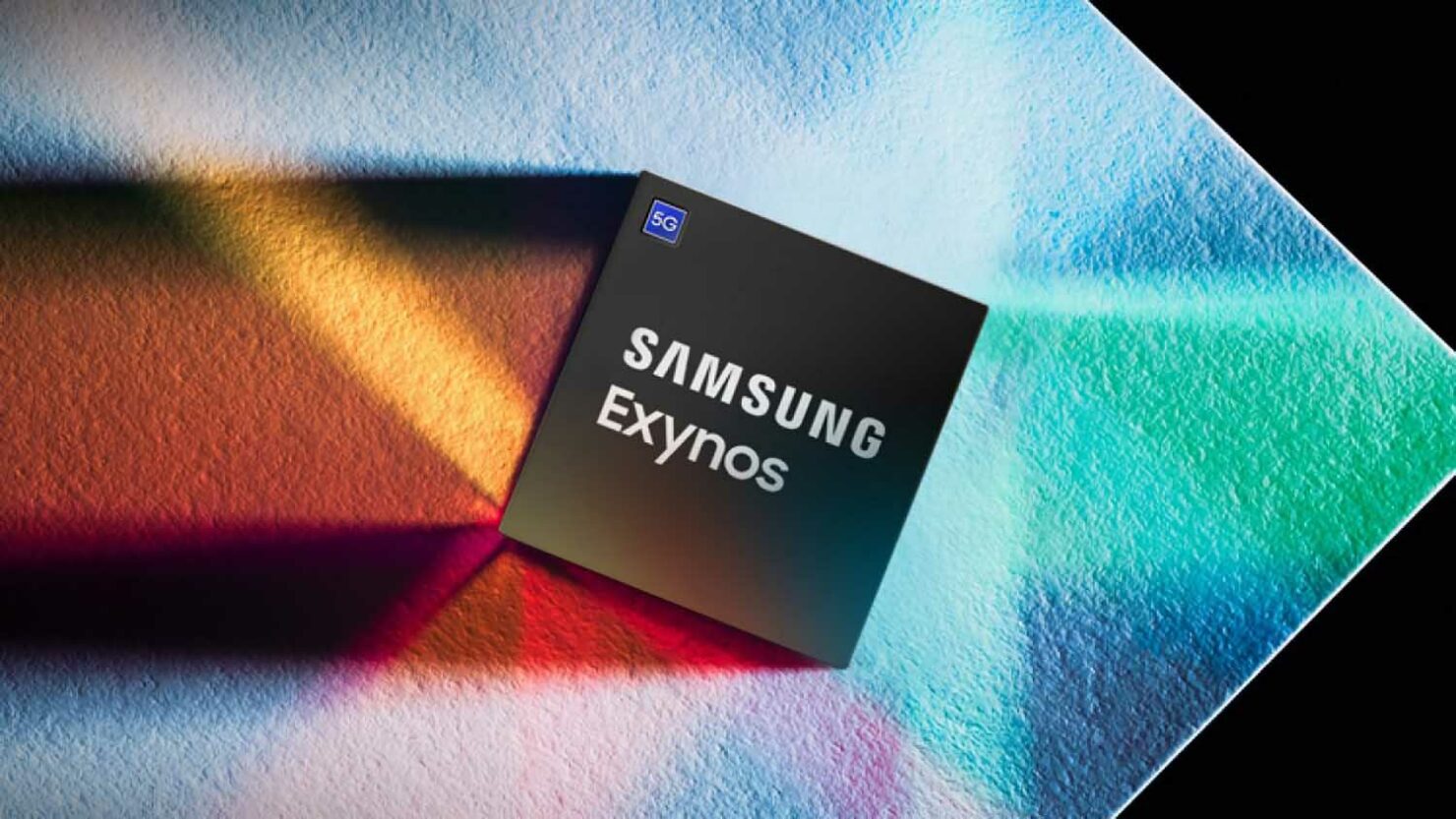 Samsung is said to be experiencing yield issues with the Exynos 2200, which is the first chipset from the Korean giant to feature an AMD GPU. If that is the case, you should hope that the Galaxy S22 with this specific SoC is launching in your market, otherwise, you will be stuck with a version from Qualcomm.

Samsung’s Exynos 2200 with an AMD GPU was showing promise, but according to tipster Tron, it looks like we might witness a setback, not in terms of performance, but in availability. Apparently, the upcoming chipset will be made on Samsung’s 4nm LPE (Low Power Early) process, which is equivalent to the company’s 5nm LPP (Low Power Plus) node. However, the Snapdragon 898 is said to be made on the company’s 4nm LPX node, suggesting that there might be a difference between the two chipsets on a manufacturing level.

The tipster does not provide any reason as to why Samsung would choose different manufacturing processes for the Exynos 2200 and Snapdragon 898 but once more, it may have to do with yield issues, forcing the company to choose different node technologies for its partner Qualcomm. Assuming the Galaxy S22 series launch with the Exynos chipset is limited, potential customers might be enraged that once again, they were not able to purchase Samsung’s flagship in the chipset variant of their choosing. 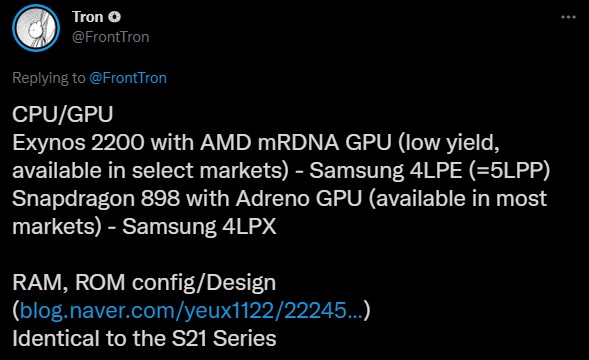 Only this, they will likely want to get their hands on the Exynos 2200 version, thanks to its impressive performance gains. According to a previous leak, the upcoming custom silicon will feature a 6-core AMD mRDNA2 GPU, with an earlier leak showing that it beats the A14 Bionic in a graphics test, which is nothing short of impressive. In fact, it makes short work of the Snapdragon 898 in high-performance mode, revealing so far that the switch to AMD may have been the change Samsung is seeking all this time.

Unfortunately, assuming Tron’s statement ends up being true, you might not see an Exynos 2200-powered version of the Galaxy S22 in your market, so let us hope those yield improvements are on the horizon.