Galaxy S20 Ultra Teardown Shows It Isn’t the Easiest Flagship to Repair, but Samsung Made Use of All That Space 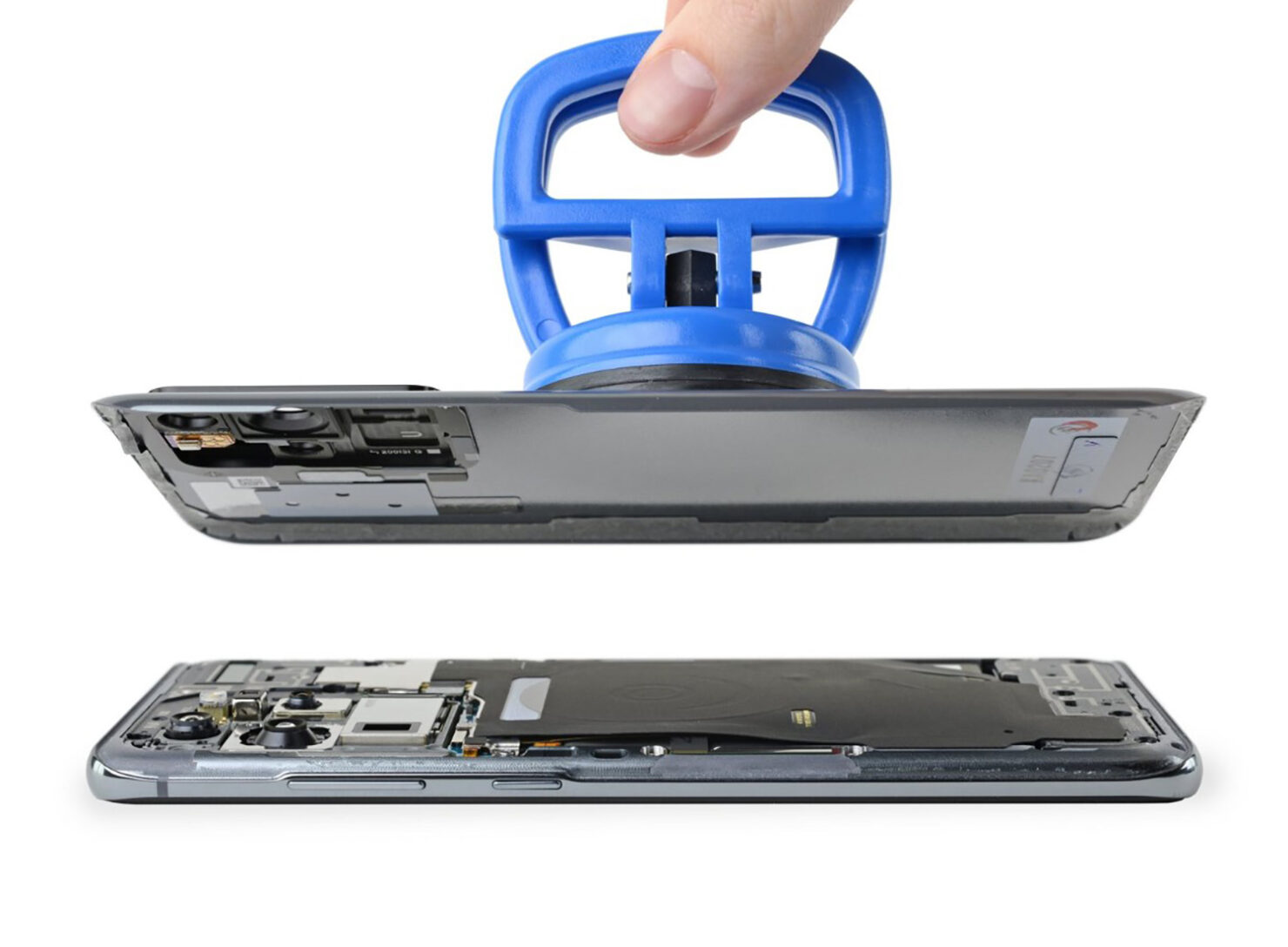 Samsung made a monumental leap with the Galaxy S20 Ultra as far as its hardware specifications, features and sheer size are looked at. It’s an absolute beast of a phone, but to get to know what exactly makes it tick, iFixit took apart the flagship and decided to show us more. Here is the Galaxy S20 Ultra teardown.

Samsung is most probably proud of the insane camera setup belonging to the Galaxy S20 Ultra and as you look at both images and video, the 108MP sensor alone takes up a lot of space. Taking the phone apart took a ton of effort, and while snapping all those ribbon cables out of place becomes simple, the biggest challenge from the Galaxy S20 Ultra teardown was removing the battery. 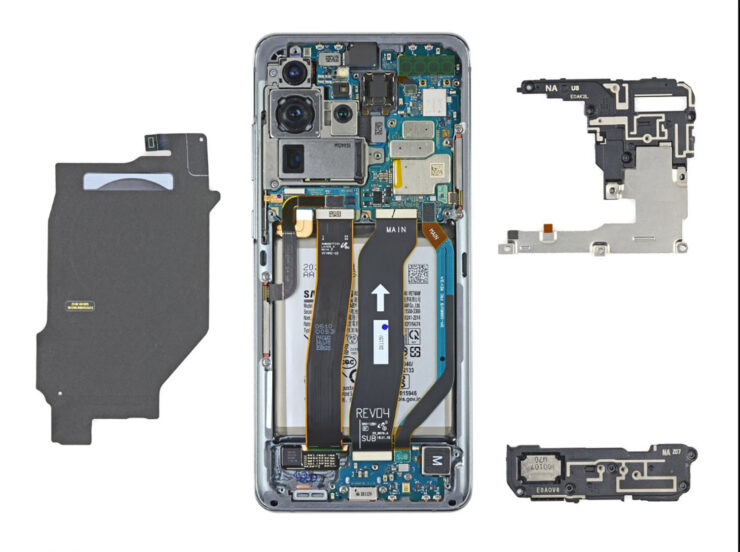 The process was so tough, iFixit actually had to use a powerful suction to remove the gigantic 5000mAh battery as it was stuck by all that glue. Large amounts of adhesive was used in various places, meaning breakage points were slightly higher and it would mean repairing the flagship would be very difficult. Since most of the components are held together by a single logic board, replacing the entire board could cost you a lot of money in the end.

iFixit did provide its final thoughts on its Galaxy S20 Ultra teardown below and gave it a repairability score of 3 out of 10. They’ve also included a video showing the entire process, so be sure to check that out and let us know what you thought down in the comments.

The fasteners, all identical Phillips screws, only require one driver and can't be mixed up, simplifying repair.

Many components are modular and independently replaceable, but the missing headphone jack means double duty and wear for the USB-C port.

Replacing the glued-down battery is tougher than ever, especially with board interconnect cables to work around.

All-too-common display repairs require either a complete teardown or replacing half the phone.”