It was reported that Samsung was looking to release the Galaxy S20 Fan Edition as a cheaper member of the Galaxy S20 series; one that could bolster the company’s sales during the pandemic. It was unconfirmed if this model and the rumored Galaxy S20 Lite were one and the same but a new benchmark leak has revealed some answers for us. Here’s a closer look at these details.

If you take a look at the Geekbench 5 results below, the model in question features the designation number SM-G781B. Earlier, it was reported that SM-G781 was the Galaxy S20 Lite version inbound for the U.S. and it would also provide 5G support. There was also some uncertainty surrounding the specifications of the upcoming handset but Geekbench 5 managed to provide those answers too as the scores show the upcoming device will be fueled by the Snapdragon 865.

It’s possible the Galaxy S20 Fan Edition name is used in some markets while Samsung chooses to call this model the Galaxy S20 Lite in the U.S. After all, Samsung released the Galaxy S10 Lite not too long ago, offering high-end specs for a lower price and it looks like the same formula could be repeated with the Galaxy S20 Fan Edition. Other details spotted on Geekbench 5 reveal the upcoming model will feature 6GB RAM, and we wouldn’t be surprised if Samsung also ends up selling an 8GB RAM version. 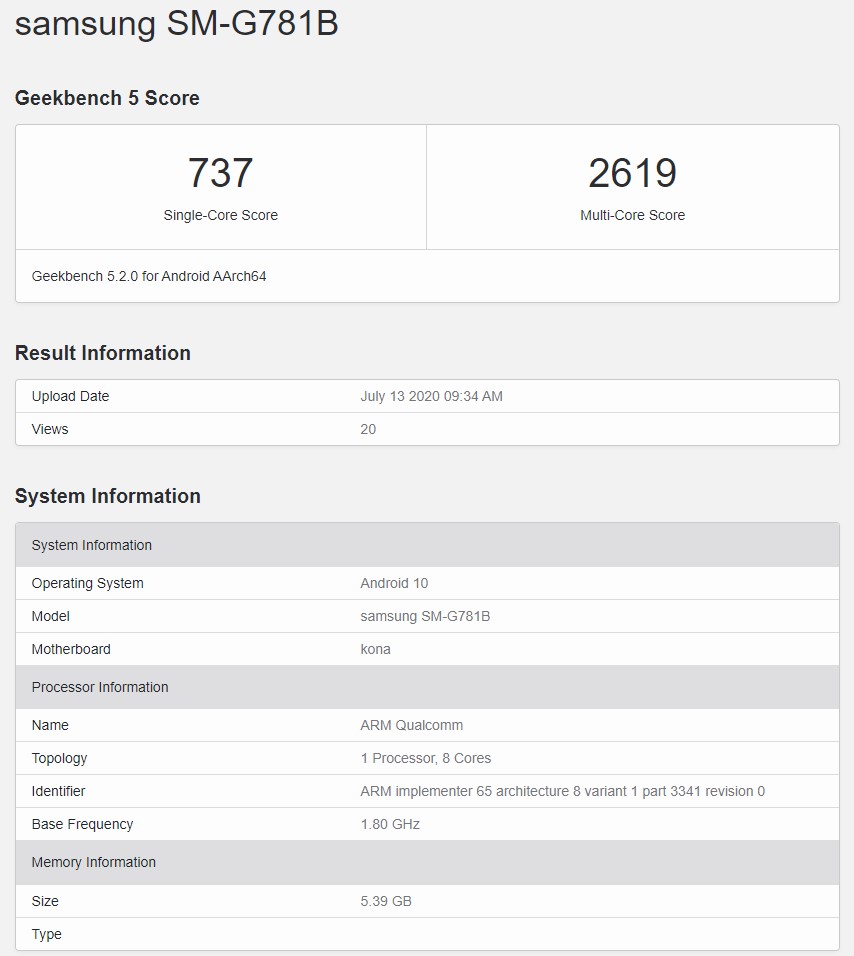 One other possibility is shipping the base Galaxy S21 model with just an FHD+ screen that will only support the 60Hz refresh rate, though customers might not like this trade-off one bit. Regardless, the advantage of the Galaxy S20 Fan Edition’s release is that it will lower the price of the Galaxy S10 Lite in the process, giving you more options to choose from.

Do you wish to see this Galaxy S20 Fan Edition unveiling much sooner rather than later? Tell us down in the comments.