As we move closer to their launch, leaks and rumors for Samsung's Galaxy S10 lineup are picking up the pace. We've only seen one 'live' leak so far, whose authenticity isn't a full 100%. This is an alleged prototype of the Galaxy S10,  that's under testing at Samsung and was used to demonstrate 5G. However, now, it looks as if the first live image of the Galaxy S10 might have surfaced. Take a look below for more details.

Is This The Galaxy S10? Alleged Live Image Meets All Criteria For The Upcoming Smartphone

Samsung is rumored to introduce several changes on next year's Galaxy S10 smartphones. The most striking of these changes will be a new display, dubbed as 'Infinity-O'. This panel will have a camera cutout on the top right, and its overall look will resemble the freshly launched Galaxy A8s (which has its front camera sensor on the top left).

Now, we've got an image of a smartphone that might be the Galaxy S10. Like leaks for Google's Pixel 3 lineup, this device was also spotted in transit, presumably in South Korea. It's got a strong chance of being Samsung's Galaxy S10, particularly since no other smartphone on the market has a similar front design. 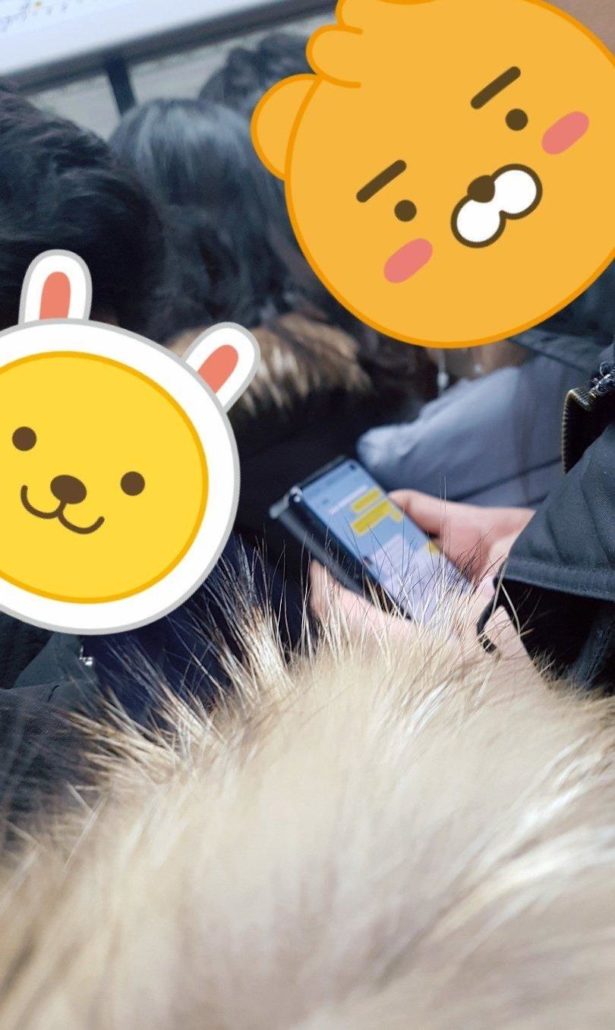 As you can see above, this smartphone has thin top and bottom bezels, and its front camera sensor is located at the top right corner. The smartphone was spotted in a subway in South Korea. Of course, given the low quality of the image, what appears as a camera cutout might be a marking in the app that's running on this gadget.

However, the person who took this photograph believes that this black circle is indeed the camera cutout, and uses this fact to reason that this smartphone is the Galaxy S10. Samsung is expected to launch the Galaxy S10 lineup in late February. Nevertheless, we can't guarantee its authenticity and therefore you should take the photograph with a grain of salt.

The S10 lineup will feature a new entry-level Galaxy S10 Lite, and introduce new features. Thoughts? Let us know what you think in the comments section below and stay tuned. We'll keep you updated on the latest.

Galaxy Z Flip Has Some Issues, Here is a List of Them