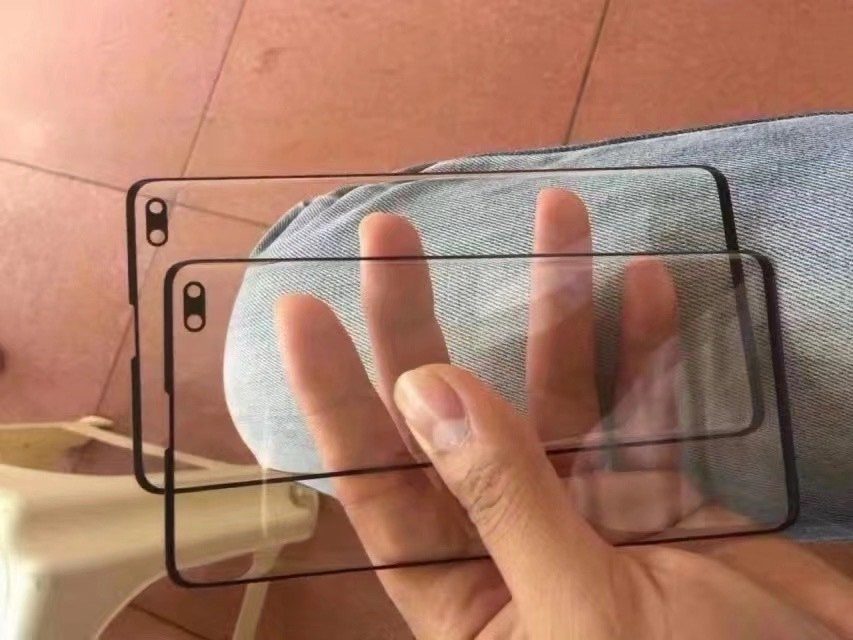 As 2018 is about to come to an end, rumors and leaks for Samsung's Galaxy S10 lineup are taking place in full swing. The Korean tech giant is rumored to make big upgrades next year, as it looks. to counter declining sales in the high-end smartphone market. One upgrade on the Galaxy S10 lineup will be for their display, with Samsung set to introduce brand new panels. Now, we've got a factory leak for the Galaxy S10+. The leak is in the form of a prototype image, and it provides good early insight into the smartphone. Take a look below for more details.

Last week, some controversy drilled up in the rumor mill as prolific tipster Onleaks shared CAD based renders for Samsung's Galaxy S10. Soon after sharing them, he claimed to have some updates. As a result, the internet went up in flames as users started to criticize the images as inauthentic. However, a subsequent leak from a different source provided credibility to Onleaks' information, and the tipster uploaded refined images later on.

Now we've got another leak which is straight off of the factory line. It shows an alleged Galaxy S10+ prototype that's undergoing testing at Samsung. The smartphone resembles an earlier gadget that was demonstrated running 5G. As you can see, the front cameras on this smartphone are at top right.

This image is the latest in a string of leaks which seemingly confirm Samsung's new design approach. The company will use M9 display panels which will feature DPSS laser-drilled cutouts for the front cameras. Since the Galaxy S10+ is rumored to feature a dual front camera setup, its display will naturally have two circular cutouts. NAtrually,  the smartphone above is 'proofed' for leaks, to prevent its design from making it to the press.

In a nice where display notches have proliferated, Samsung is one of the few companies to hold out. While the idealistic of you will be inclined to assign this resistance to principle, it's more simple than that. The company has got the manufacturing prowess needed to implement a different approach, and it looks to do just this through the Galaxy S10 (and Galaxy As) lineup. Thoughts? Let us know what you think in the comments section below and stay tuned. We'll keep you updated on the latest.