Galaxy S10 5G Speed Test Reaches an Astonishing 1.4Gbps on the Download Side, but There’s a Catch 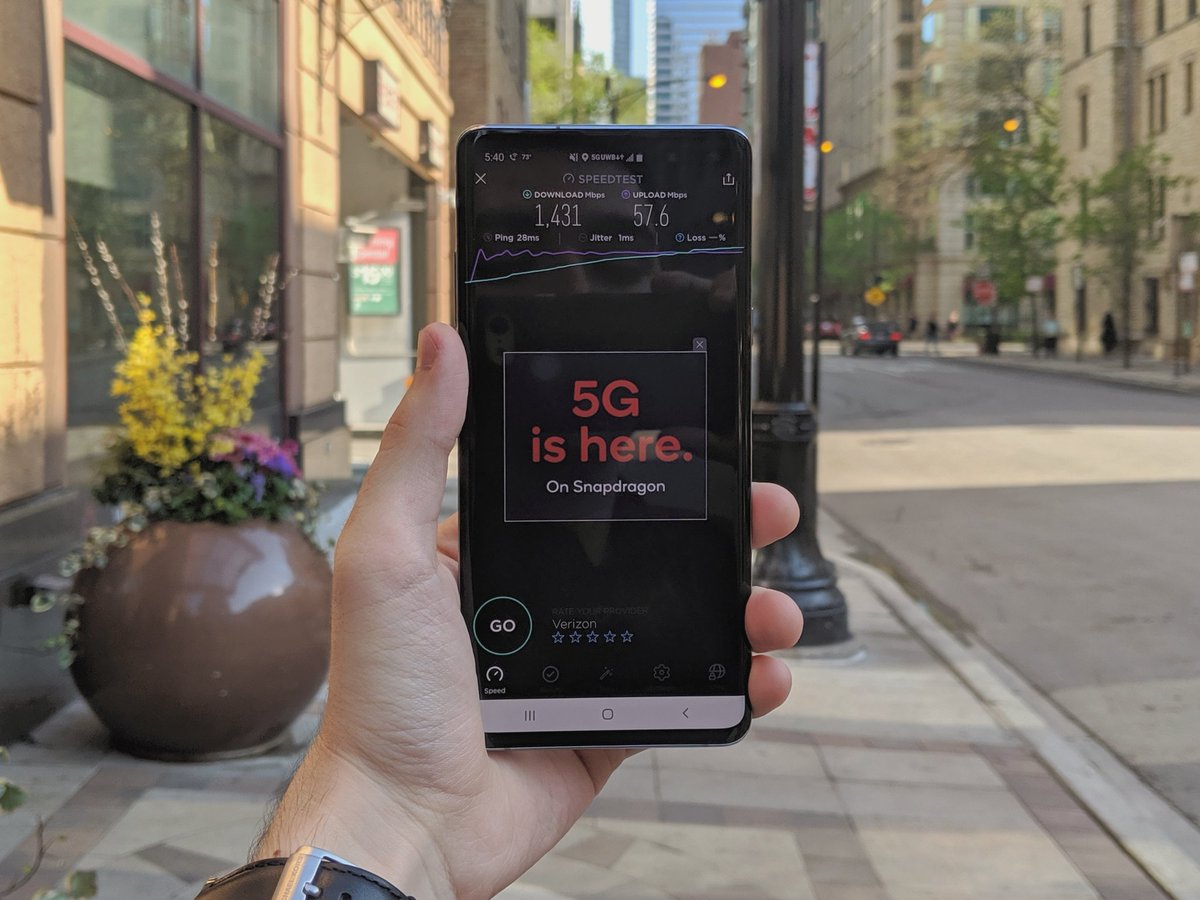 Verizon launched its 5G network in Chicago last month and at that time, the Motorola Moto Z3, when connected to the 5G Moto Mod, of course, was the only device available that could connect to the next generation of wireless networks. Since the setup was new at that time, the phone wasn’t able to hit insane speeds, but it still outpaced LTE networks. However, now that a month has passed, the network has gotten a little better and with the Galaxy S10 5G now available in the market, a couple of media outlets decided to take the new device for a spin.

Unlike the Moto Z3, the $1,400 Galaxy S10 5G doesn’t need an accessory to connect to a 5G network. The phone is exclusive to Verizon right now and although the carrier is working on improving the network, coverage is limited at the moment. To see how 5G speeds compare to 4G speeds, TechRadar recently tested out the Galaxy S10 5G, which was connected to the carrier’s 5G ultra wideband signal. To see how the speeds compare to 4G speeds, the publication used the iPhone XS Max, which was connected to AT&T's 5Ge network.

Lest the name confuses you, 5Ge is short for 5G evolution and isn’t a real 5G network; it’s just a name used by AT&T in areas where it has improved its existing wireless networks. TechRadar reports that it took just 2 minutes and 55 seconds to download Fortnite and only 2 minutes and 23 seconds to download the Asphalt 9: Legends, on the Galaxy S10 5G. However, as some other tech outlets have also reported, the speed is just hovering at around 1Gbps right now, and not 1.4Gbps. Moreover, there are certain factors that affect speeds such as whether the app store is optimized for faster speeds and your current location.

It is also worth mentioning that speeds could be different depending on the area you are in but once you find a spot with a reliable reception, going over 1Gbps wouldn’t be a hurdle for a lot of users. Given the fact that the high-end flagships supporting LTE can barely touch 20Mbps, 1Gbps is phenomenal and it’s only going to get better with time as the infrastructure improves. However, this can take a rather long time and it’s also worth mentioning that you can barely get 5G signals when you are inside your house even if 5G networks have gone live in your city.