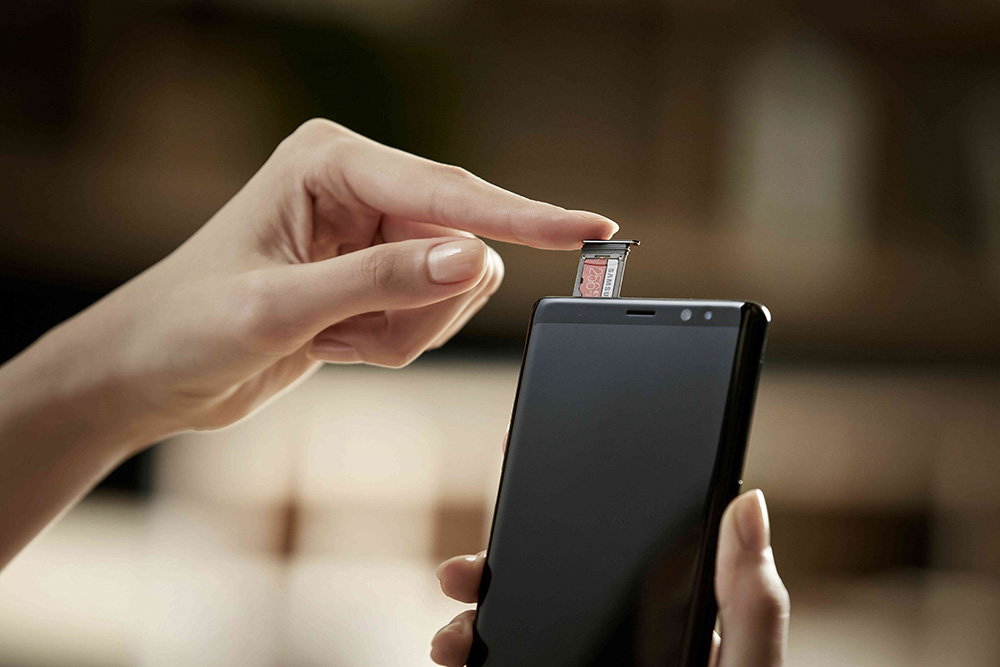 With no exploding batteries and no smartphone recall procedures in sight, the launch of the Galaxy Note 8 would go as smoothly as it possibly can and with Samsung introducing intricate battery safety measures, the flagship phablet has already become a favorite daily driver for consumers in key markets, according to the latest statistics.

Galaxy Note 8 Has a 1.7% Share in South Korea and 1% Market Share in the U.S. - Galaxy S8 Still Holds the Higher Market

The premium-priced phablet has attracted a whole lot of customers, with the Galaxy Note 8 already registering a market share of 1.7 percent on its home turf, South Korea. In just a single month, it currently features the rank of the 17th most popular smartphone in this region. As for the U.S. and Australia, the flagship boasts a 1 percent market share in terms of sales. This is after sales in Australia started a week later than most regions.

The Galaxy S8 and Galaxy S8+ still command a higher market share of 5 to 6 percent but this is because it has been six months since their release and price of both these phones have started to fall gradually. Unfortunately, despite its impressive features, Galaxy Note 8 adoption in Europe has been slower, where the market share is hovering below the 1 percent mark. 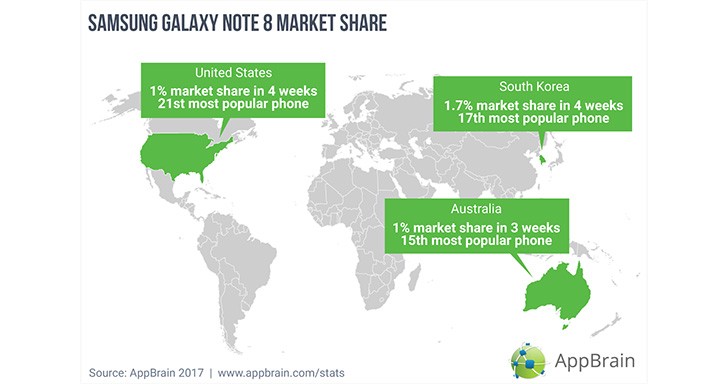 There are several reasons why the Note 8 would be considered a favorite amongst consumers that have spent a premium in getting their hands on Samsung’s greatest phone to date. It is the first flagship from the company to feature a dual-camera system and its larger screen real estate allows users to view a lot more content on the display. 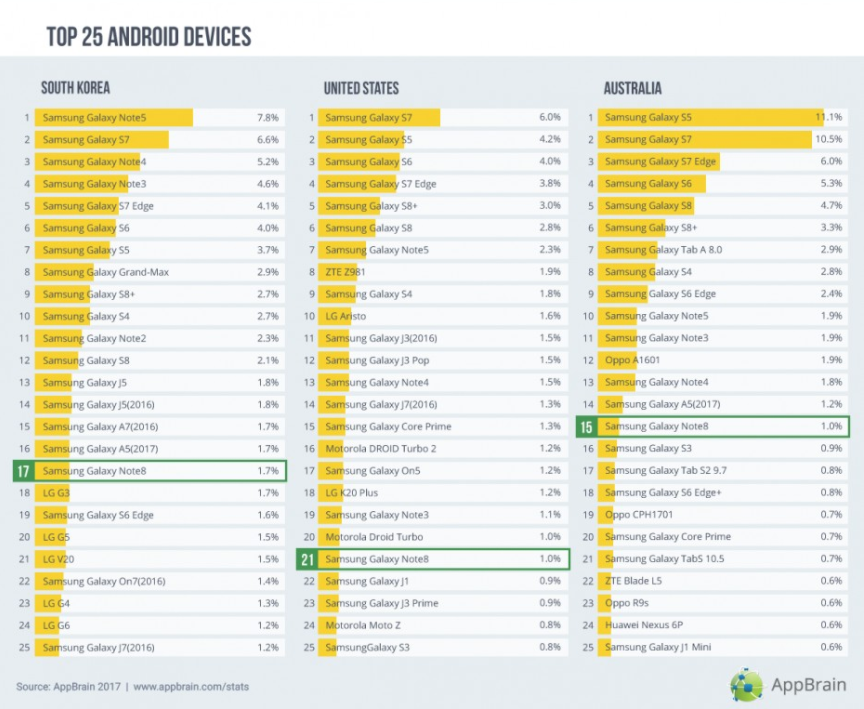 Samsung is also widely regarded as making the best smartphone displays on the planet so there’s another plus for users if they end up purchasing the Note 8. Carriers in the U.S. have also made it easier to purchase the smartphone and with attractive deals from cellular companies readily present, the handset is sure to be a winner in these regions. 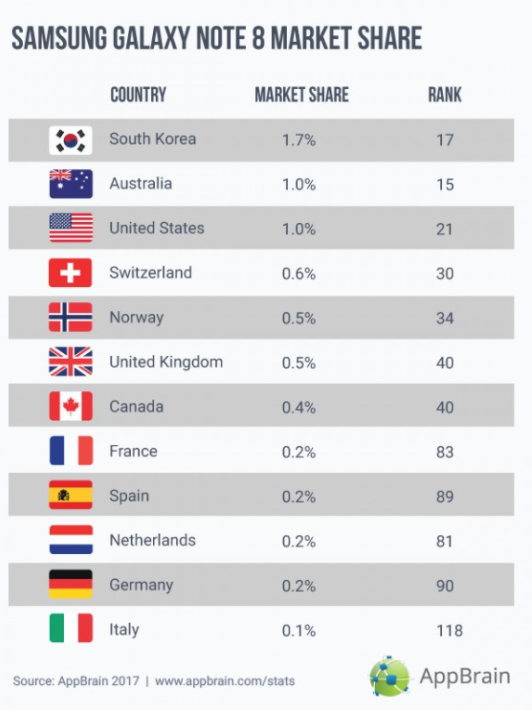 Do you think it is impressive that the Galaxy Note 8 has accumulated such a market after being launched for just 4 weeks? Let us know down in the comments.