The Galaxy Note 7 Return Kit Is a Box Inside a Lot of Other Boxes, Gets the Job Done Though – Video 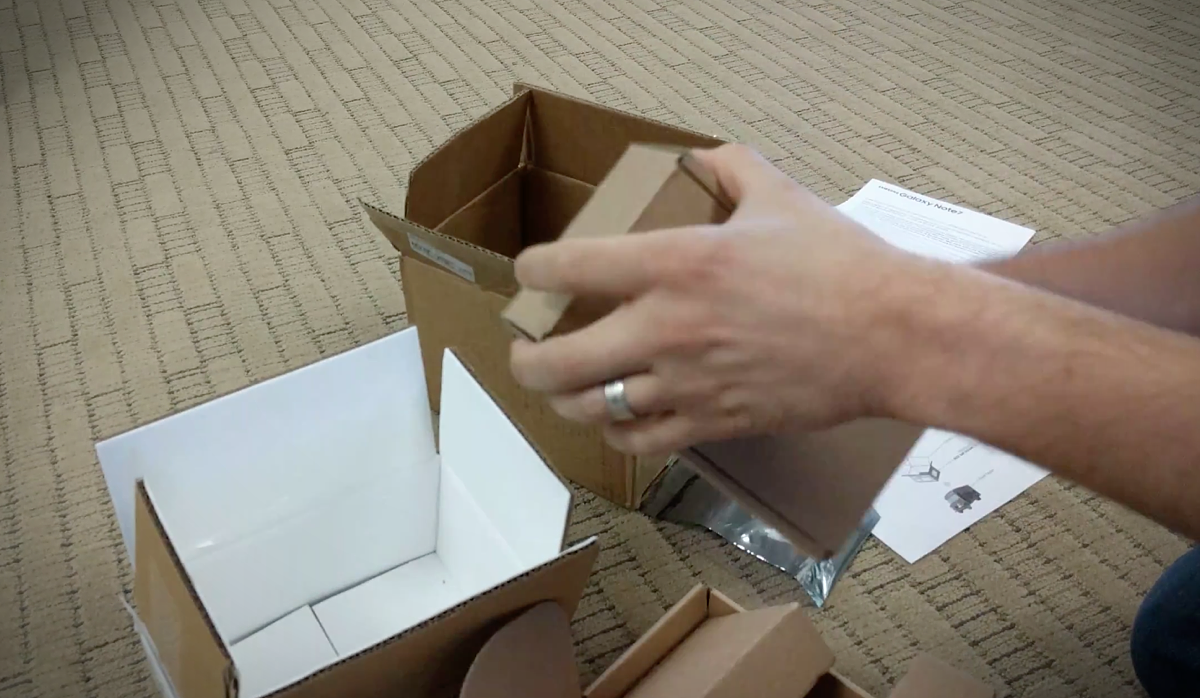 Returning your Galaxy Note 7 to Samsung? Well, the company is going to send you its official return kit. Here's what it looks like.

If you have finally decided to return your Galaxy Note 7 to Samsung, for obvious reasons, the company is going to send you a 'return kit' in which you'll package the smartphone and away it'll go. But it's not an ordinary kit. It's a box, inside a box, inside another box and so on. Basically four boxes in total as well as an anti-static bag to put your phone in. Things are topped off with a pair of gloves as well. You know, to handle your Note 7 with care.

The boxes even feature thermal insulation in case the Note 7 you're sending off decides to catch fire while traveling in the back of a delivery truck. That's something Samsung wants to avoid at all costs, hence the boxes inside more boxes with things topped off with thermal insulation.

Take a look at the kit below (courtesy XDA-Developers) and see for yourself what you'll be dealing with:

If you're anything like me, it's safe to say you won't bother reading the instructions, although you should in this case. Basically, it's all about putting your Galaxy Note 7 inside the smallest box, and then putting that box inside another box, keep on repeating the process till there are no boxes left.

We will recommend users to make their move fast if they are planning to return their Note 7 device. Every minute you spend with the device is potentially dangerous, even if you have a replacement device at hand. Please ensure that you and other around you are absolutely safe in the most top notch manner.

Although Samsung did make a mess of how the situation was handled in some places, but it did realize its mistake later on, that eventually resulted in the production halt of the Note 7. And apart from Samsung, Oculus is taking steps as well to ensure safety for users; the company has killed off support for Gear VR with Galaxy Note 7. The last thing you want strapped on your face is a smartphone that can potentially catch fire.

Try to exercise as much caution as possible. There's nothing more important than the safety of yourself and those around you. Don't let the love for a smartphone put anyone in harm's way.