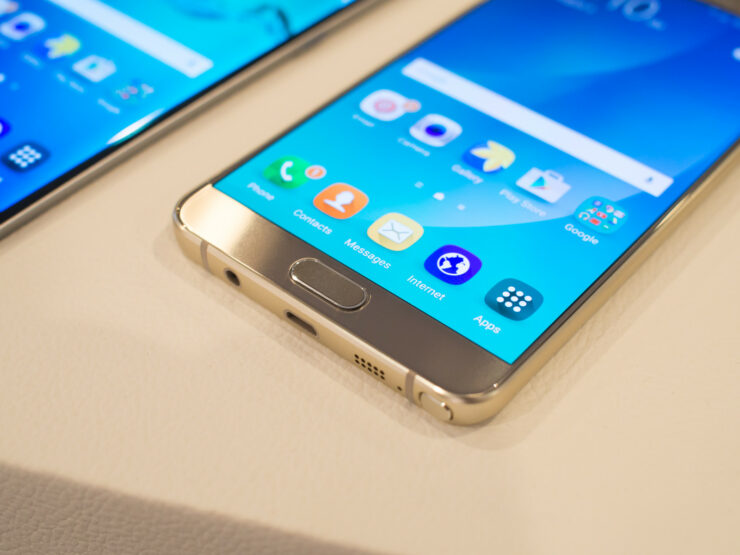 Galaxy Note 7 has been rumored to feature an iris scanner in numerous hardware leaks. We haven’t actually seen a smartphone demonstrate such a security feature and we’ll definitely be pleased to see a Galaxy Note 7 unlock its home screen with it. Now, we have a leaked front panel that is supposed to belong to the upcoming phablet, so bask in these images to make an idea of what to expect from the inbound flagship.

When we last reported that Samsung’s Galaxy Note 7 was only going to be available in the curved screen variant, it was a pleasant surprise for us, because this would be the very first Galaxy Note to sport such a screen and with the upgrade, bring forth a slew of changes that will allow massive levels of productivity for the end user. Now, with the leaked front panel, you can clearly see that the glass is bending from the sides, indicating that Samsung is clearly intending to make this smartphone its best one yet.

Additionally, the top section of the panel shows several circular cutouts, and we reckon that one of them is going to be for the iris scanner. We cannot comment on how fast the security feature is going to be. With fingerprint scanners evolving to such a point that they take a fraction of a second to unlock the phone, an iris scanner still has to be tried and tested.

As for the remainder of the specifications, Galaxy Note 7 will be available in the following storage models:

Overall, we’re expecting tremendous potential from the upcoming smartphone? Do you guys share a similar opinion? Let us know what you think.