While earlier reports indicate that Galaxy Note 5 was going to sport an Exynos 7422 SoC, the latest benchmarking results reveal that the upcoming flagship phablet is going to sport the same SoC that is present in the Galaxy S6 family, Exynos 7420. While this is disappointing to see, all hope cannot be lost at this current time. Perhaps the chipset will be running the octa-core processor at a much higher clock speed as compared to the quad-core processors running inside Galaxy S6 and Galaxy S6 Edge. 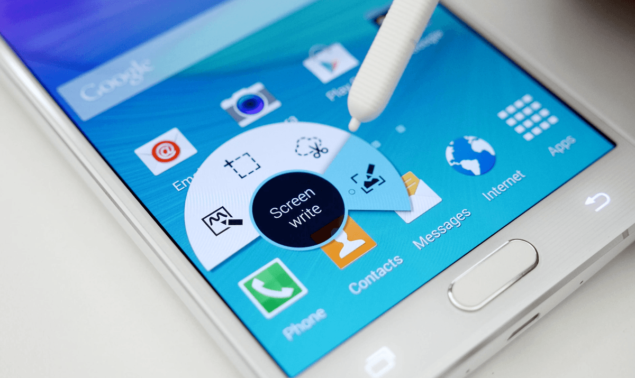 According to geekbench, Verizon carrier running Galaxy Note 5 possesses the model name SM-N920V and according to the image details (image posted below), the handset is going to be running Exynos 7420 coupled with 4 GB of RAM. We expect that the 4 GB stacked inside the upcoming smartphone is going to be running at LPDDR4 speeds. The benchmarking results show that the smartphone obtains the following score:

These are the same scores that Galaxy S6 and Galaxy S6 Edge were able to obtain which means that our earlier hope of Exynos 7420 featuring a higher clocked octa-core processor has dwindled completely. Well, at least we have the Type-C USB connector and a large battery pack to look forward to. For the first time ever, Galaxy Note 5 is also going to be the first smartphone from the lineup to feature a ‘Write To PDF’ function. We are going to get to know more about this function when the device makes its way during the month of August. 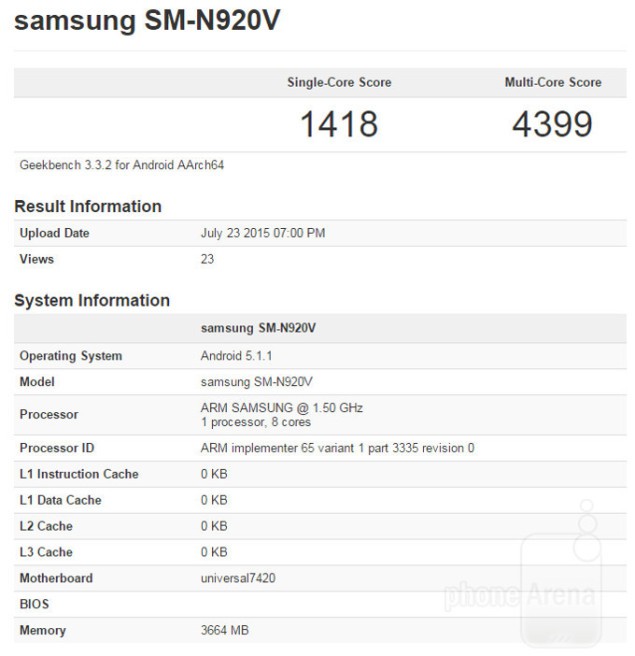 There is also a possibility that Samsung might have learned its lesson from not incorporating a MicroSD slot and actually assimilates one to its Galaxy Note 5. Like always, we will have more updates for you in the foreseeable future so stay tuned. As for the hardware specifications of Galaxy Note 5, are you guys impressed or are you let down by the company? Let us know your thoughts.