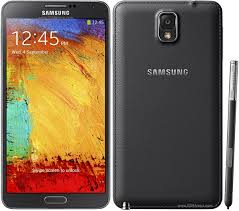 So apparently Samsung is going with two versions for its latest Note - the Samsung Galaxy Note 3. The Samsung Galaxy Note 3 variants with LTE will be sporting Qualcomm's top-end Snapdragon 800 quad-core chipset (model N9005) while the others will get Exynos 5 Octa (model of Note N9000). There isn't much of a difference between the two variants as both are the most powerful mobile chipsets available.

The features on both the Samsung Galaxy Note 3 variants are almost the same except a few notable mentions. The Samsung's homemade Exynos supported N9000 is powered only with 3G, which will affect the connectivity ifyour network offers LTE. On the other hand the LTE version of Samsung Galaxy Note 3 model N9005 powered with Snapdragon supports LTE and 3G. Another major difference is of camera quality - while the LTE N9005 Snapdragon features a camera that will record with 4K resolution (4 times larger than full HD); the Exynos Note 3 gets the HD camera, which is not bad either but well it's just HD - changing times!

It must be noted here that Samsung Galaxy Note 3 Exynos Octa is not facing the similar issues that came in to light with Samsung's flagship Galaxy S4's Octa variant. Just like the Note, Galaxy S4 was also shipped with two different processors and users who got the Octa version reported lags, battery drainage and heating issues. Don't worry though, it is not the case with Samsung Galaxy Note 3's Octa.

Another point that is worth a mention here is that Note Exynos N9000 gets only one quad-core active depending on the task. However, Samsung is reportedly working on making both the quad-cores active simultaneously to boast the performance of Note 3 N9000 version!

Learn the three ways to root your Samsung Galaxy Note 3!