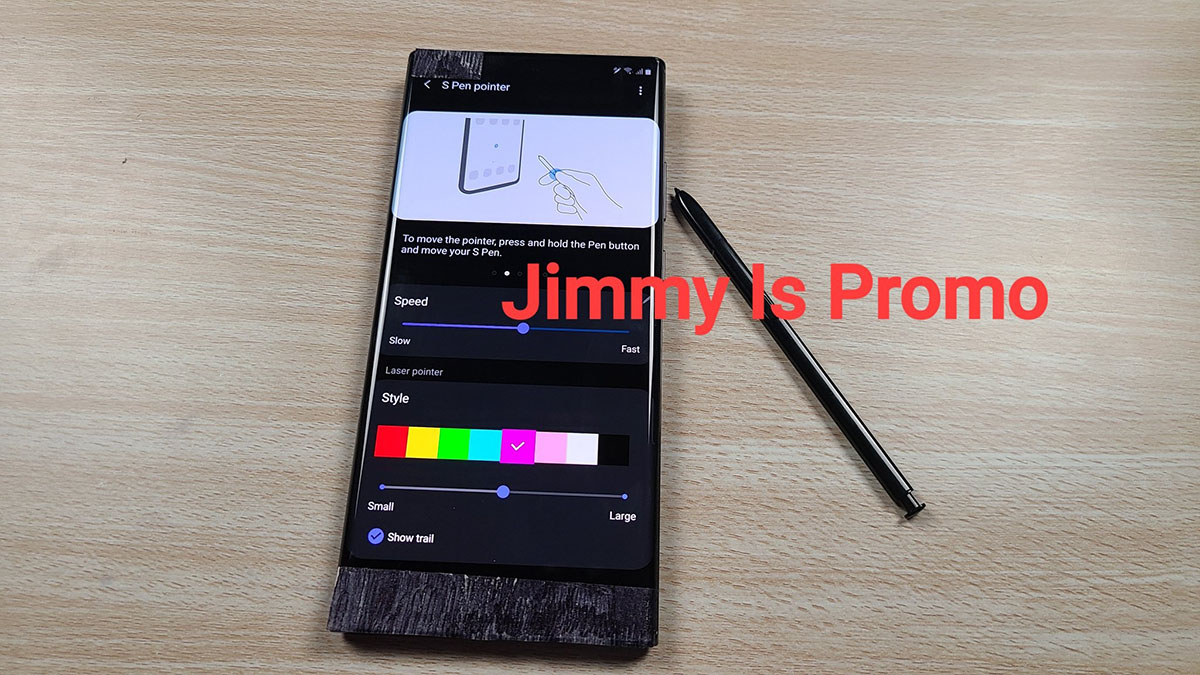 Galaxy Note 20 along with other devices are going official on August 5th at Galaxy Unpacked event. We are going to see a number of devices all targeted towards a different audience. Everything ranging from the Galaxy Z Fold 2, Galaxy Note 20 series, Galaxy S20 Fan Edition, Galaxy Z Flip 5G, and Galaxy Tab S7 series as well as accessories such as the Galaxy Buds Live and Galaxy Watch 3.

With that said, we have a new tip on the Galaxy Note 20 series and this time around, you will be able to use the S-Pen on your Note 20 to actually use it as a pointer as well. This is not the first time Samsung is increasing the S-Pen functionality as last time, Samsung gave the S-Pen the ability to act as a shutter. So, having a new feature is only an added benefit.

The tip is coming from Jimmy is Promo who recently shared the live pictures of the Galaxy Note 20 Ultra as well. So, it is more than believable. We are not surprised that the S-Pen will be capable of performing these tasks as it is only standard for Samsung to add more functionality. Below is how it is going to look like.

S Pen can now act as a Pointer. Select your color and select icons on the screen, navigate around. Also can highlight an area. #Note20 #GalaxyNote20Ultra

However, it is important to keep in mind that this is more than likely an early software build, so there is a chance that things could change in the final build. But I am pleased that Samsung is introducing this feature as it is only going to improve the functionality of the S-Pen and allow for a more granular control to the user.

Especially in the situation when we want to use DeX Mode, an S-Pen as a pointer can be very useful. Honestly, the feature looks like it should have been introduced years ago. But hey, better late than never.