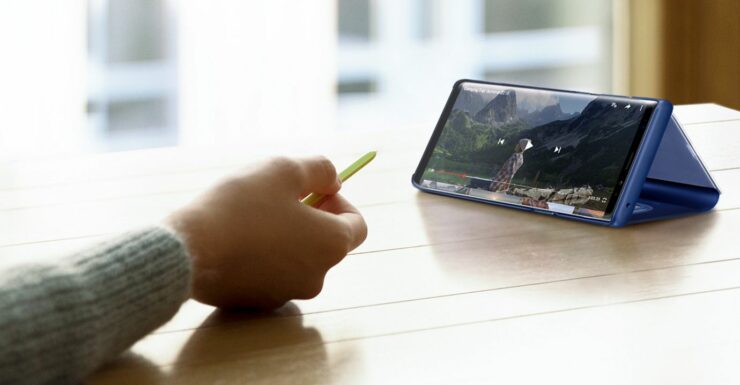 The phablet category in Samsung was started when the very first Galaxy Note was introduced but unfortunately, the large screen dominance of the Galaxy Note 9 could not be displayed as Apple used a much larger panel when launching the iPhone XS Max, at least on paper. Apple advertised the display of iPhone XS Max’s 6.46-inch as 6.5 inches while Note 9’s 6.44-inch display was written as 6.4 inches. While that may be true, the Galaxy Note 10 is expected to dwarf the screen size of both these premium phones, according to the latest rumor.

Since Samsung cannot do much about the math’s round up, it has reportedly placed orders to correct this situation and asked its subsidiary for a 6.66-inch OLED display that will be seen in next year’s Galaxy Note 10, as suggested by the reports from a media today.

The Note 9’s current 6.4-inch panel would most probably make it into the largest member of the rumored Galaxy S10 trio of smartphones or Galaxy S10 Plus, however Samsung decides to name it. According to a tipster, the codename given to Samsung’s handset is Da Vinci, giving us hints towards the start of its development and what it might stand for, considering the name belongs to a famous artist; making it all more interesting.

It seems that a 6.7-inch display is too large for a handset to hold and a bit overkill but it is also rumored to come without a 3.5mm audio jack, hinting towards some big changes in design as well. Another speculation is that Samsung might not bother itself by planting a notch up-top. In fact, the company might slim the bezels even further, giving a screen-only effect up front and making it much simpler to use.

The manufacturer will most likely stay away from incorporating notches as it is one of the few major companies that have smartphones without this unsightly feature and doing well without it compared to every other device embracing it. Samsung has proved that an ideal smartphone design can be achieved without the use of a notch, despite the fact that its Galaxy S9, Galaxy S9 Plus, and Galaxy Note 9 were not the centre of the Korean giant’s profits.

Regardless, we are excited to see that a Galaxy Note 10 is in order after the rumors of merging the Galaxy S and Note lines by Samsung.