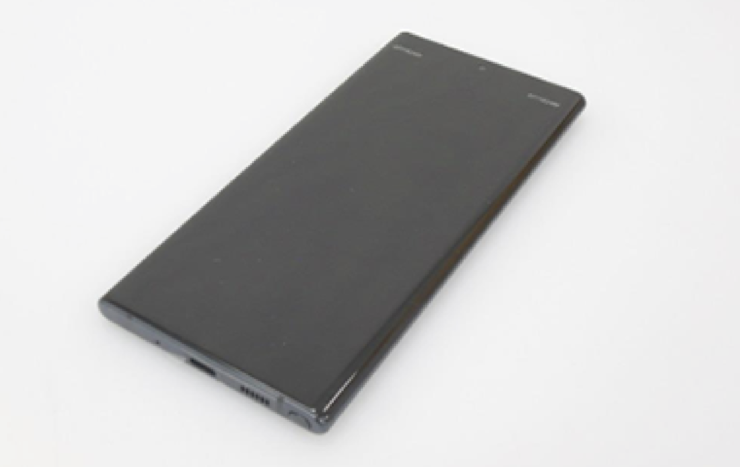 Samsung's Galaxy Note 10 is due to launch in two months from now. The Korean tech giant has confirmed an August 7th launch date for the phablet, and given the proximity of this date, it's certain that development for the device is in the final stages. Therefore, leaks for the device will take place, and today we've got several live images of the Galaxy Note 10 courtesy of government certification. Take a look below for the details.

We've got a big leak for the Galaxy Note 10 today folks. It's courtesy of government certification for the device, revealing details for the upcoming phablet. The Galaxy Note 10 was rumored to feature a triple rear camera setup prior to today's leak. Today, this is confirmed as the live images of the device attached below will attest. Additionally, if you look closer at the images, you'll see that a singular front camera sensor in the center of the Note 10's display is present. This is another feature that has surfaced regularly on the rumor mill prior to today's leak.

In addition to visual details, the leak also reveals connectivity information for the Galaxy Note 10. Courtesy of tests being run on the device, it's certain that the upcoming phablet will support WiFi 802.11ax, or WiFi 6. WiFi 6 is known to condense information packets according to data type being transmitted to reduce talk time between the router and the device connected to the router.

If you'll look closely at the images above, you'll see that the Galaxy Note 10 does not feature a 3.5mm earphone jack. The overall form of the device is strictly industrial with sharp corners. The camera flash is present on the right side of the rear camera setup, and the S-Pen plus speaker grilles are present on the bottom right, as indicated by previous rumors and reports.

All in all, today's Galaxy Note 10 leak has confirmed a near-complete design overhaul for the phablet. The new design will attract users to the Note lineup, especially when Samsung talks about the gadget's rear camera performance. Keep in mind that today's leak is for the standard Note 10 variant, as we're yet to see details surface for a 5G variant of the phablet. When they do, we'll be here to report them to you. Till then, stay tuned and let us know what you think in the comment section below. We'll keep you updated on the latest.