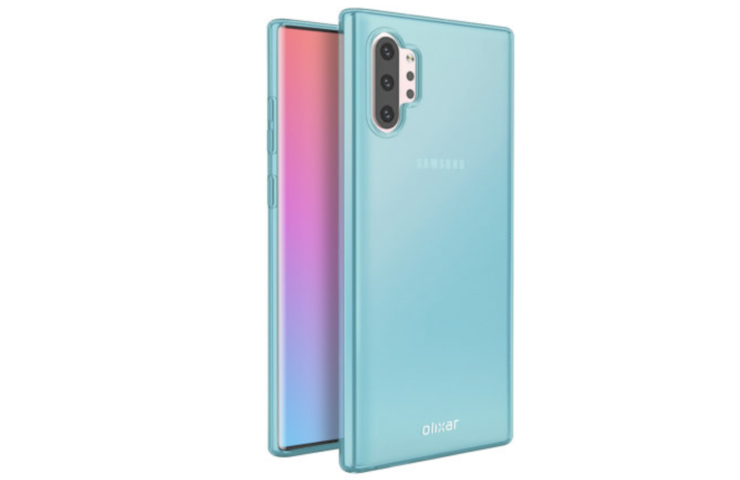 Samsung's Galaxy Note 10 lineup is due for launch in a couple of months from now. By the looks of things on the rumor mill, it's looking as if Samsung will expand the lineup this year. Several sources are claiming that we'll get at least two variants of the Note 10 this year. These will be a standard variant and a 'Pro' variant. Today, we've got some renders of a 5G variant of the Galaxy Note 10, courtesy of the good folks over at Letsgodigital. Take a look below for more details.

Even though high-end smartphones resemble each other quite a bit, it's easy to compare and contrast the approaches of various manufacturers. Apple's known for its love of round edges and Sony's smartphones follow a strict form with sharp corners and rectangular chassis. Samsung, on the other hand, is known for its edged displays, that have been present on the company's flagship Galaxy S and Note lineups since the company launched the Note 4 Edge.

Now, if we assume that today's renders of the Note 10 5G accurately depict what the device will look like, then Samsung will have effectively redesigned the device over its predecessor. The 5G variant of the Note 10, if such a device launches, will have four rear camera sensors. These will be a Primary sensor, a Wide-Angle sensor, a Super-Wide-Angle sensor and a ToF (Time of flight) sensor that'll be used for depth mapping.

The renders are based closely on details present in some protective cases of the Note 10 lineup that went up for pre-order on Mobilefun earlier this month. The phablet's S-Pen and its speaker grille are present at the right side, and the device's rear camera sensors are arranged in a neat vertical line at the top left of its back. While the camera arrangement might remind some folks of Huawei's devices, we'd give Samsung a pass here as the company will fully overhaul the Note 10's design should it follow the rumored design approach.

At the front of the device a single camera lens is present, the cutout for which is drilled right at the center In our view, the front camera will be the Note 10's weakest point, as other high-end gadgets in the market (including three of Samsung's Galaxy S10 smartphones) have two camera sensors. But, given the Note lineup's user base, maybe its purchases will do without the extra sensor.