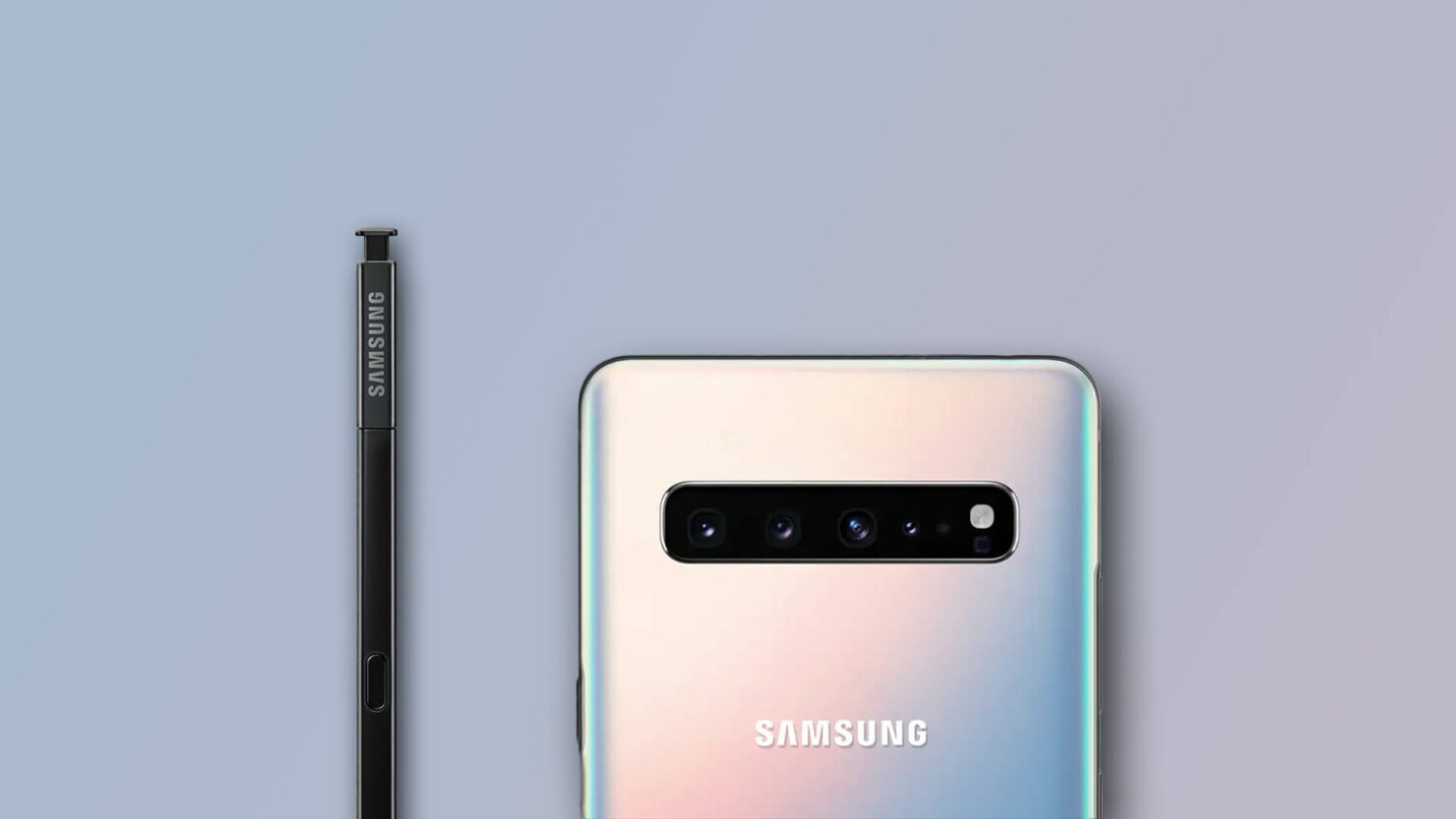 As we near the launch of Samsung’s crown jewel from the smartphone space, some new information has surfaced concerning the Galaxy Note 10 camera as the company recently filed a trademark for the name ‘DepthVision Lens.’ As is the case with most trademark filings, it doesn’t betray any details, but given that it’s filed under Class 9 which covers things such as smartphone cameras, 3D scanning, and smartphone camera software, it’s safe to say that the trademark is related to cameras indeed.

Samsung Appears to Go All in With ToF Sensors for the Galaxy Note 10 Camera Setup; 3D Applications and Portrait Mode Images Expected to Be More Refined

The trademark was filed by the UK company Fieldfisher on June 28 with the Intellectual Property Office and while it doesn’t mention the Galaxy Note 10 camera, the fact that it talks about 3D scanning means that the DepthVision Lens will most likely be seen in a phone with Time of Flight (ToF) sensors.

The upcoming Note 10 is rumored to feature ToF sensors. In fact, the highest end variant is expected to come with two of them. Thus, we surmise that perhaps DepthVision Lens is the South Korean giant’s name for the 3D camera function. Last week, the company also trademarked the name Make & Play 3D. This again seems to be related to the ToF sensor and it appears to be a software related function. 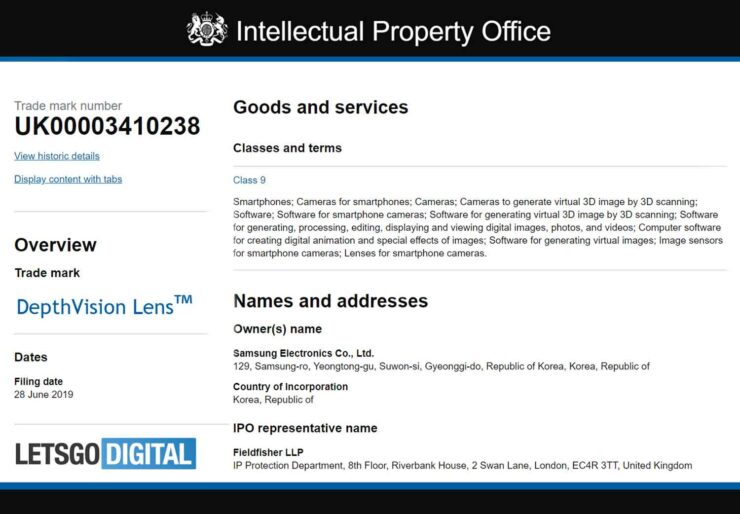 In addition to that, the Galaxy Note 10 camera is expected to feature three-step variable aperture setting and this will probably enable it to churn out better pictures in low light conditions and also crank out better portrait shots. Judging by these rumors, Samsung appears to be going big on the Galaxy Note 10 camera but then of course, with no word from the company, it’s hard to say how many of these functionalities will actually make it to the upcoming flagship.

It wouldn’t be long before we find out, as Samsung is rumored to launch the Note 10 series on August 7 in New York, during its Unpacked event. If we’re lucky, the Korean giant will announce both variants at the aforementioned date, giving us a closer look at the differences between the two and which one you should purchase, depending on your budget. Till then, stay tuned for more updates.

Which Galaxy Note 10 Plus feature are you excited about the most?