Taiwanese manufacturer Galaxy microsystems has launched today its own version of Nvidia's GeForce GTX 780. Nvidia's GeForce GTX 780 itself has some very impressive specifications. The card features a base clock frequency of 863 MHz with a boost frequency of 900 MHz. This is coupled with a total of 2304 CUDA cores. The GeForce GTX 780 comes with 3 GB of GDDR5 with a speed of 6.0 GB/s and 384-bit width. The card also features one 8-pin and one 6-pin power connectors. Galaxy today launched their own Hall of Fame + OC version of the card, and the product has several gains over Nvidia's reference design. 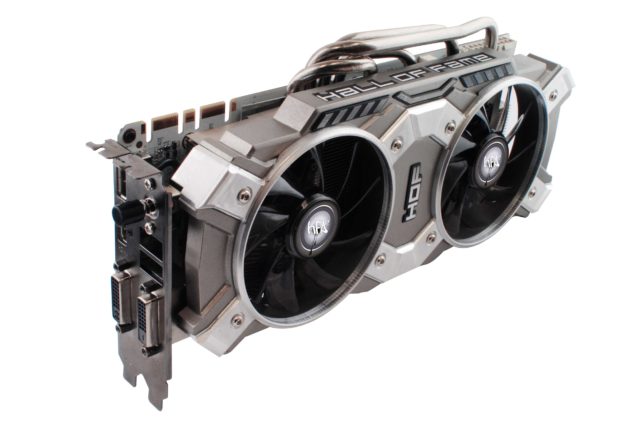 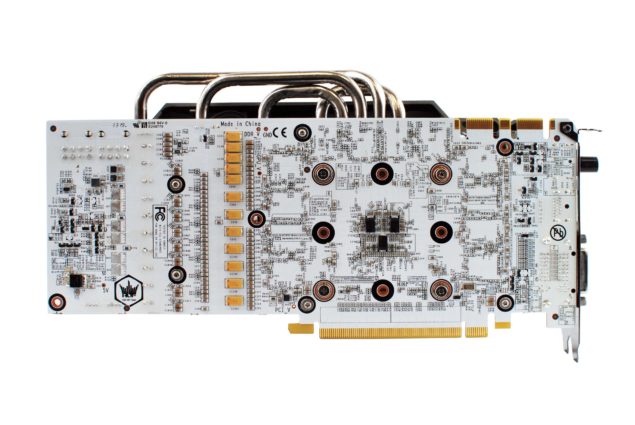 The GTX 780 Hall Of Fame + OC features a white PCB design. In the area of power connectivity the card differs from the GeForce GTX 780. The power supply on the board is via two 8-pin connectors. It also features two DVI ports, one HDMI port and one Display Port 1.2. This is the same as the GeForce GTX 780. The card uses ceramic capacitors and a double fan. In addition to this, several heat pipes and a vapor chamber are also present on the card. The manufacturer claims that these measures will help reduce overall temperature of on the GTX 780 Hall Of Fame by ten percent despite the increased frequency and overclocking.

NVIDIA GeForce GTX 780 Custom Models Round-Up – Which One is the Best?