Remember the GeForce GTX 780 HOF from Galaxy that was launched a few months back? Well Galaxy tech is preparing the successor to their card known as the GeForce GTX 780 Ti HOF and this time its an absolute beast. The Galaxy HOF brand stands for "Hall of Fame" which are their top of the line high-performance graphic cards which i have become a huge fan of due to their white custom PCB layout. The pictures of the graphic card were revealed thanks to Videocardz! 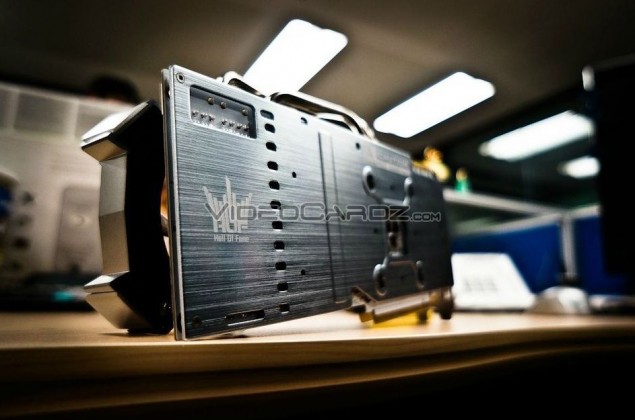 The Galaxy GeForce GTX 780 Ti HOF "Hall of Fame" edition pushes the barrier and instead of the GK110-300-A1 chip incorporates NVIDIA's flagship GK110-425-B1 which is the fully unlocked Kepler core featuring 2880 Cuda cores and a 3 GB GDDR5 memory running across a 384-bit interface. The HOF edition won't be kept clocked at reference clocks but would feature some impressive over the GHz frequencies and still leave abundance of room for overclocking enthusiasts.

I don't exactly know whether the PCB is different from the one featured on the GTX 780 HOF but i can sort out some features. The back of the PCB is equipped with the industry’s high-end Panasonic tantalum capacitors. In total, the core has its eight while the memory has four KEMET tantalum capacitors with a capacity of 330uF. On the back, six MDU3606 Mosfet from Magnachip can also be spotted. To deliver high-speed under overclocked specs, the memory is equipped with its own heat spreader. The PWM supply has its own set of heatsink.

Ofcourse, a GPU of such a design would require large amounts of cooling to keep the core and memory stable. Galaxy covers the cooling side with their flagship HOF series dual fan cooler which offers a much beefier heatsink design. The Galaxy GeForce GTX 780 Ti HOF makes use of a densely packed aluminum fin array that’s conveyed heat through four 6mm heatpipes running through the copper base. The dual fans measure 9cm and have a total of 9 blades which are enough to handle some mighty overclocks. The shroud itself looks beast for the monster card that is the GeForce GTX 780 Ti HOF. 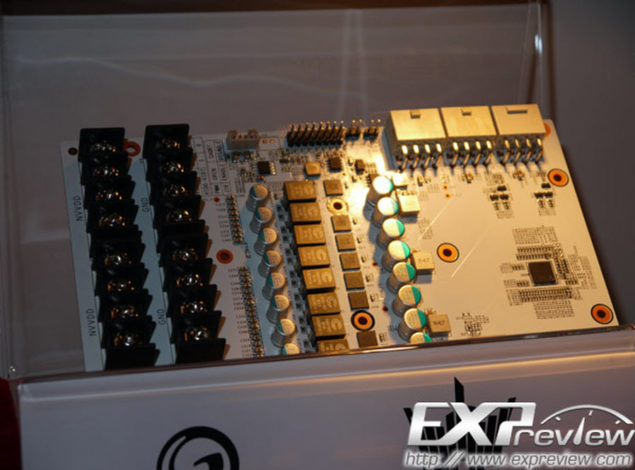 There's an addition to the GPU this time with Galaxy shipping the card with a brushed aluminum backplate that looks absolutely stunning. There's also a high probability that Galaxy would also sell a separate external power supply module also ships with the GeForce GTX 780 Ti HOF, offering an 8 Phase PWM with its own set of voltage adjustment and tuning points powered via three 8 Pin connectors. Pricing and availability dates are unknown but most of the non-reference GeForce GTX 780 Ti cards are expected to go on retail during this month. 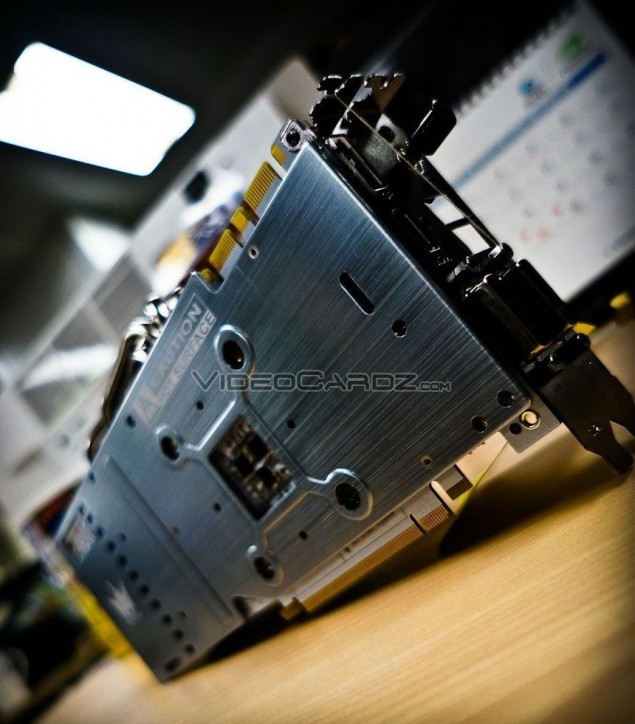 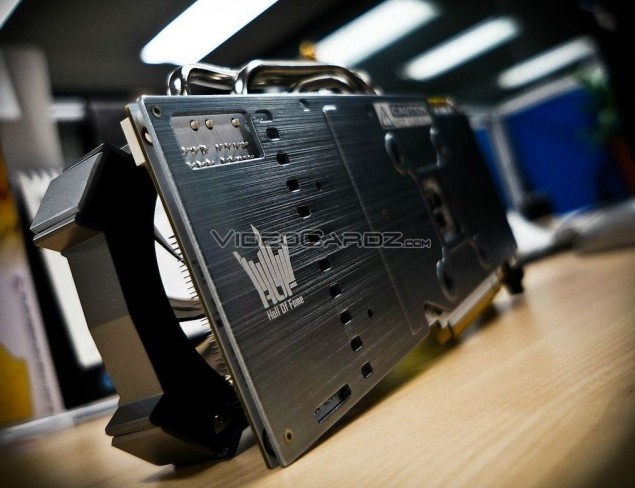