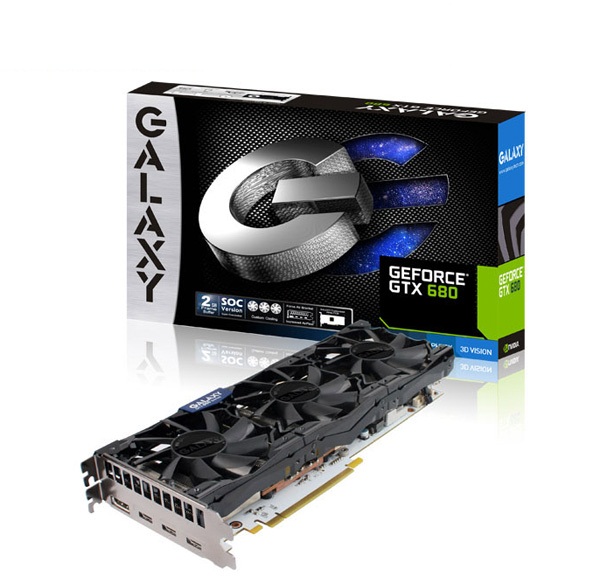 The SOC "Super Overclock" branding has previously been used by Gigabyte on its own graphic cards representing the Factory Overclocked models. Specifications of the card include 1202MHz Core clock and 1267MHz Boost clock while the 2GB Memory runs at the stock 6008MHz frequency.

Power is supplied through dual 8 pin connectors, PCB is coloured white which was also seen in our previous article. Even the display outputs on the card are same which include 3 mini hdmi and a single display port. Its uncertain though what new stuff would the hall of fame edition offer, the only thing we could think of are higher clock frequencies.

Product page of Galaxy's GTX 680 SOC can be found here. Other non reference models from Galaxy can be found in the  links below: