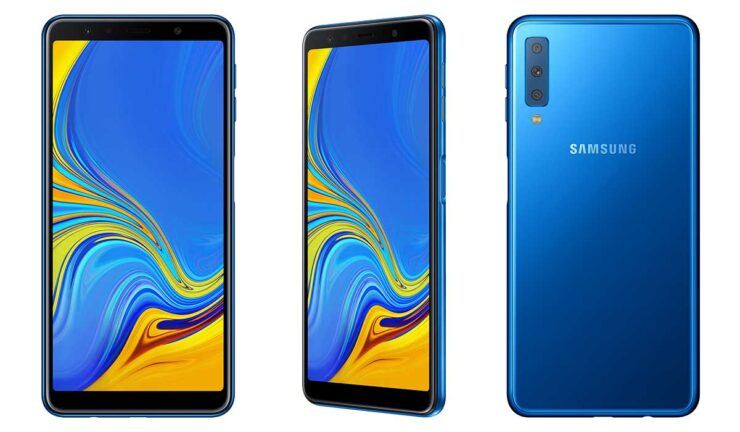 After getting a string of leaks, Samsung has finally announced its Galaxy A7 (2018), becoming the company’s first-ever smartphone to feature a triple-camera sensor at the back. However, there are a lot of things which are different when it comes to this camera configuration, and we will be walking you through all the specification and feature details right here.

Galaxy a7 (2018) Does Not Feature a Telephoto Lens, but Gets Other Impressive Specifications Such as Super AMOLED Screen and up to 6GB RAM

Let us come to the highlight of the Galaxy A7, its triple-rear-camera. The triple-lens configuration comprises of a 24MP primary shooter with a F/1.7 aperture, followed by an ultra-wide angle 8MP camera with a 120-degree field of view and last comes the 5MP sensor, which will be functioning as a depth-sensor, allowing users to capture images with a Bokeh effect. It is disappointing that the Galaxy A7 (2018) does not feature a telephoto lens, so it appears that this hardware addition is not going to be present in mid-range handsets for the future. As for the front of the smartphone, it sports a 24MP snapper.

Galaxy A7 (2017) Review: The Mid-Ranger With Flagship Smartphone Properties

Other Specifications and Features

The smartphone features a 6-inch Super AMOLED Infinity Display with a 2,220 x 1,080 resolution and sports a taller screen. According to the specifications, the device features an octa-core processor running at 2.20GHz, but Samsung has not officially announced which SoC is actually present in the phone. The processor is going to be supplemented by 4GB of RAM and 64GB of internal storage, with the highest configuration model getting up to 6GB RAM and 128GB of internal storage.

You also get expandable storage up to 512GB but it is not mentioned if the device will feature a hybrid SIM tray or one that will be able to carry a dedicated slot for the masses. The Galaxy A7 (2018) also comes with Bixby, Samsung Pay and Samsung Health, along with Dolby Atmos support. The smartphone will be available in select European and Asian markets from this fall and expand to additional markets in the near future, with the available colours being blue, black, gold and pink. 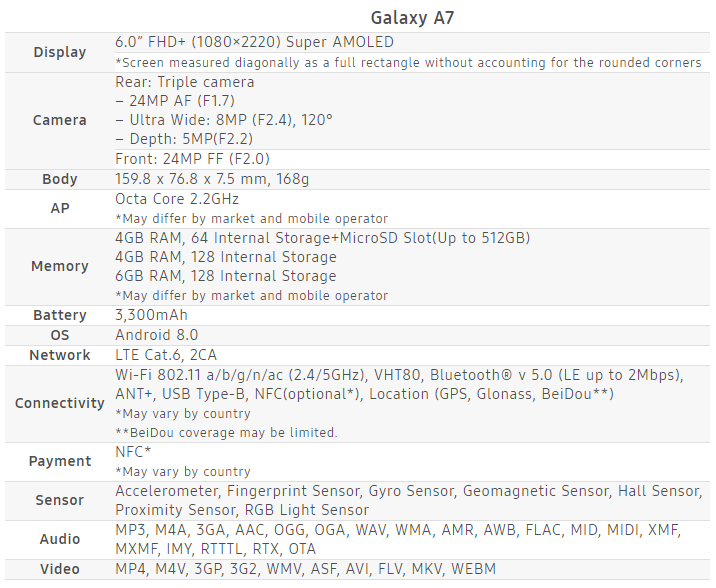 What do you think of the latest announcement from Samsung? Is the Korean giant finally starting to give mid-rangers the premium features that this lineup deserves? Tell us your thoughts down in the comments.

Samsung Galaxy A7 Coming Without LTE? FCC Seems To Suggest So