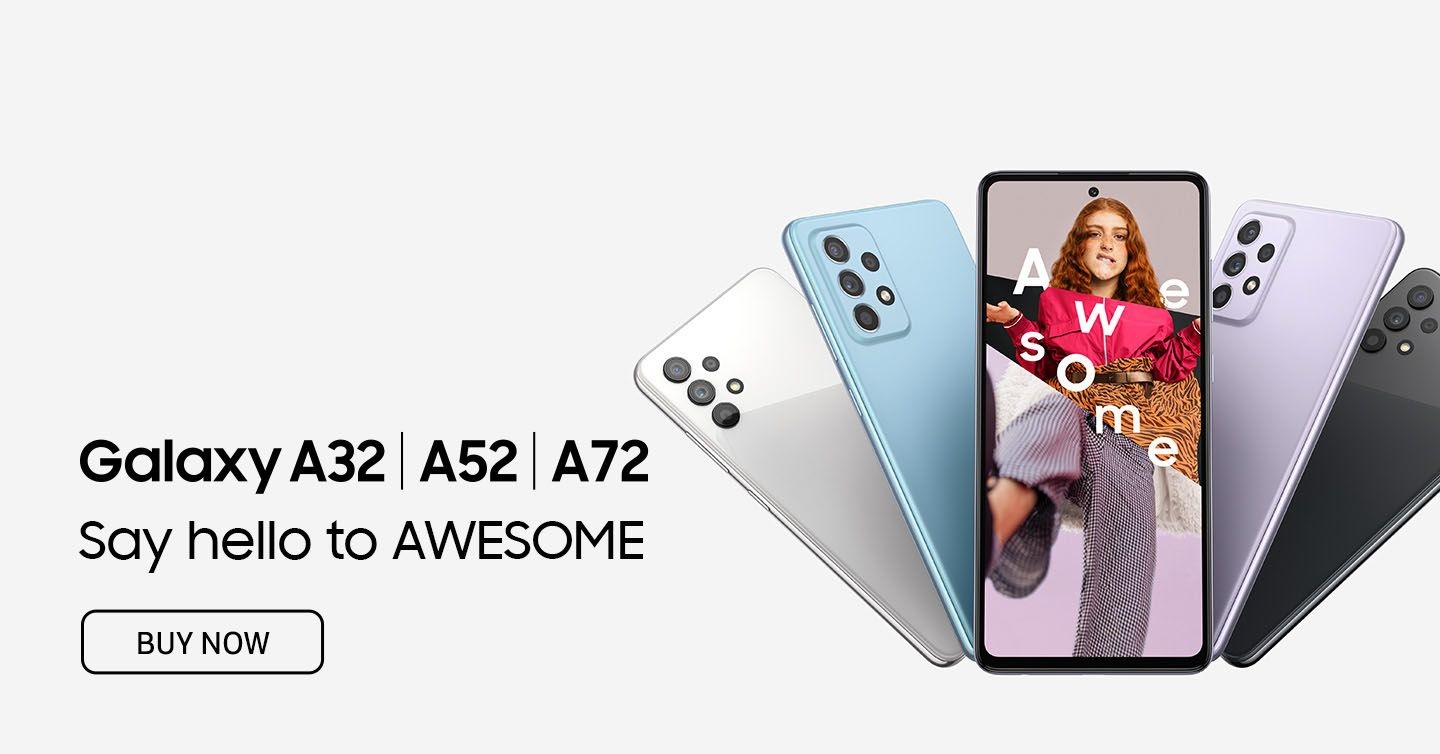 Samsung is all set to unveil the latest Galaxy A52 and A72 tomorrow, but the phones have been spotted in the wild for some time now. We have seen both phones appearing in the leaks in the past, and now, Evan Blass has generously shared the exclusive marketing material for both phones, which leaves nothing to the imagination.

Based on the leaked marketing material, both the Galaxy A52 and A72 look identical; to make things even simpler, they will be available in the same colorways. Which sort of makes it confusing. Even the rear camera array on both phones is a lot similar. However, the Galaxy A72 will feature a 3x zoom, so there is something that can be a differentiating factor.

Now, as far as the marketing material is concerned, you can check it out below.

Additionally, there are mentions of 6GB RAM and 128GB of expandable storage on the Galaxy A52, but no information has been revealed for the Galaxy A72 at the moment. Both devices are also said to have IP67 dust and water protection. There is also word that we might be getting high refresh rate displays on these devices. As far as the pricing and other information is concerned, we have to wait till tomorrow to hear more about it.