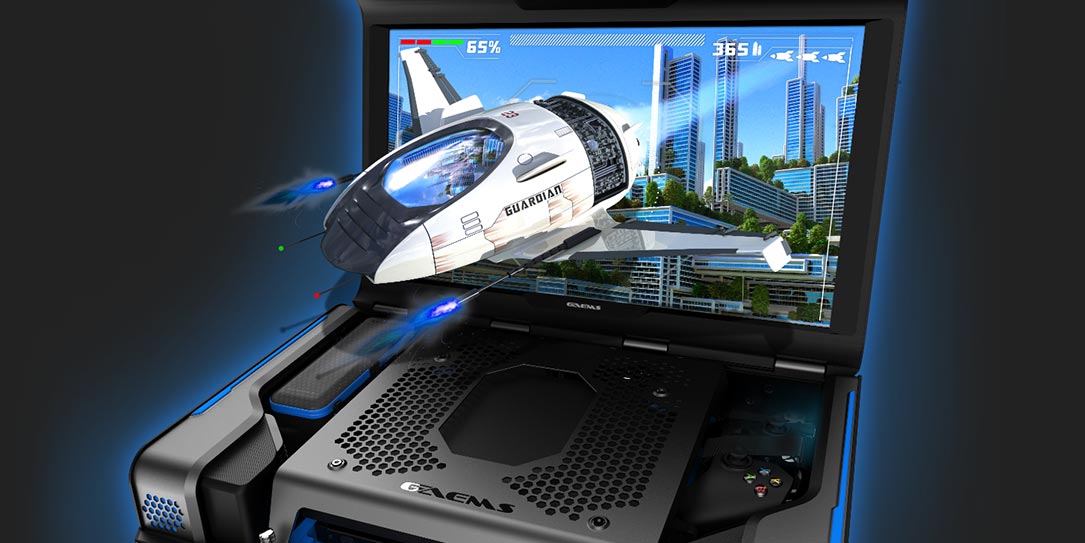 GAEMS is a company that traveling players should know well, as it has released plenty of briefcases with built-in monitors that make it possible to play with consoles on the go. The company never truly entered the PC market, but this is about the change with a product that has been designed with a specific audience in mind.

During E3 2019, we had the chance to check out the new Guardian Pro XP, which has yet to receive a final name. This product is basically the Guardian Pro XP case complete with a monitor as well as a fully functional PC. While this product may seem useless considering how far gaming laptops have gone these past few years, the new Guardian Pro XP has a few features that make it remarkable, starting from the monitor, which is a 24.inch, 60Hz monitor. This alone puts it decisively ahead of the competition.

Regular players, however, are not going to be the main audience of the new Guardian Pro XP PC, as a gaming laptop suits their needs more: the Guardian Pro XP PC is massive, packing a monitor, a fully working PC, built-in 9W speakers, a subwoofer, and a power adapter, so it is definitely not the best choice for those who merely wish to play PC games on the go. GAEMS has always been involved in the streaming community, and the new product has been developed by listening to content creators and working with them to solve some of the issues they often have to face when traveling. As a content creator effectively loses money when not producing content, the new Guardian Pro XP PC will allow them to travel while still being able to provide content to their viewers. The case has been designed in such a way that it is easy to set up a camera and every other piece of equipment that a content creator needs to do his or her job. The new Guardian Pro XP PC is aimed primarily to content creators who haven't made it big yet, as GAEMS wants to keep the final price as low as possible.

While the new Guardian Pro XP PC will definitely find a niche to claim for its own, there are still some important details to work out. The PC can run games at 4K resolution and allow for 4K streaming, but its specs have yet to be fully detailed. Additionally, the monitor only supports 1080p, 60FPS so to fully take advantage of the included PC, players will need to hook an external monitor, which kind of takes something away from the idea behind the Guardian Pro XP PC.

Whether you are an up and coming content creator, or an enthusiast gamer who doesn't want to compromise with smaller monitors, the Guardian Pro XP PC may have something for you. There are some details still to work out, but as a novelty, this looks very promising.

It's due for release on August 2nd, priced $700. Pre-orders are already available on Newegg.