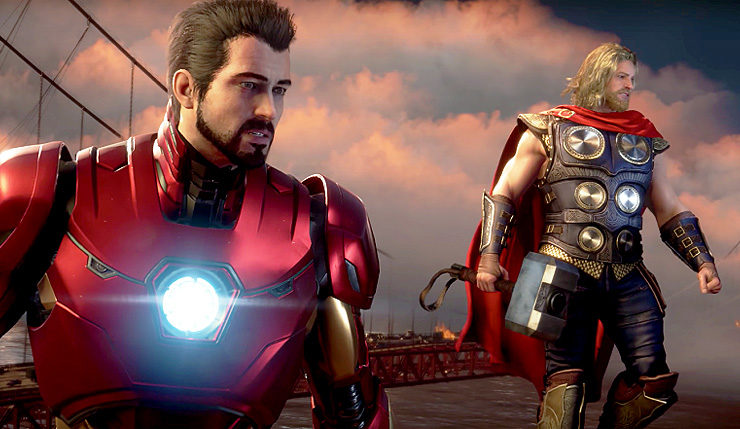 At E3 2019 select media (including Wccftech) got to check out a short gameplay demo for Marvel’s Avengers behind closed doors. Well, part of that footage has now leaked following a showing at San Diego Comic-Con.

The sequence shows the Avengers (Thor, Iron-Man, Hulk, and Black Widow) battling heavily armed mercenaries on the Golden Gate Bridge, with each hero getting their chance to shine. The footage was surreptitiously filmed with a cellphone, so it’s not the best quality, and it cuts off before the end of the demo, so you never get to see Black Widow in action, but it still gives you a pretty good basic sense of how the game will play. Check the footage out, below.

Looking solid! Marvel’s Avengers has received some fair criticism for the off-brand look and voices of its heroes and somewhat confusing approach to multiplayer, but it looks to deliver some decent action. Smashing guys as Thor certainly looks fun. Wccftech’s Alessio Palumbo got a chance to interview the creative director of Marvel’s Avengers at E3, who delved a bit into the game’s action and use of Quick Time Events...

They’re much more prevalent [in the E3 demo] than they are anywhere else in the game. This is an opening sequence. And we actually use in some cases what looks like a quick time event to train the player. So in the case where we see Thor smash down in the opening of the level, we’re really introducing you to those heavy attack buttons, and then onboarding you with that. And generally, there are a few exotic moments where you may have to express the effort of the hero or something like that. But it isn’t a core part of our gameplay, and it’s one that we don’t want to overuse.

Marvel’s Avengers heroically hits PC, Xbox One, PS4, and Google Stadia on May 15, 2020. The game’s E3 demo will officially be revealed to the public shortly after this year’s Gamescom, which wraps up on August 24.