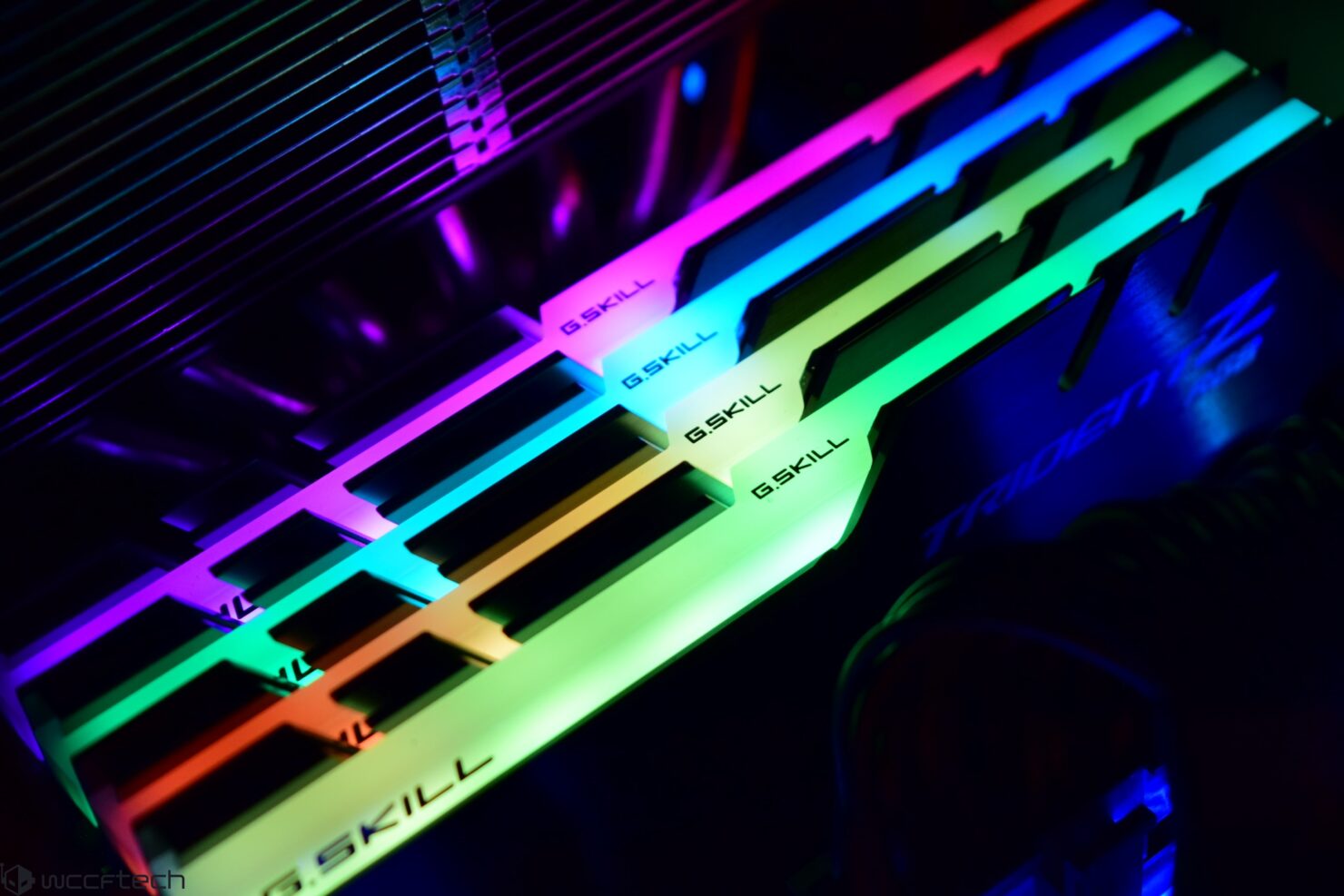 G.Skill has announced the launch of its brand new Trident Z Neo DDR4 memory kits that are fully compatible with AMD Ryzen 5000 Desktop CPUs. The new Trident Z Neo kits include capacities of up to 64 GB, speeds of up to 4000 MHz, and low-latency CL14 timings.

Just like with AMD Ryzen 3000 CPUs, G.Skill will be offering a brand new line of memory kits for the AMD Ryzen 5000 CPUs too. The lineup will range from high speed, low latency & high capacity kits. For users who are building a new PC featuring an AMD Ryzen 5000 Desktop CPU (buy here), G.Skill has a range of kits that are expected to be available by the end of November. 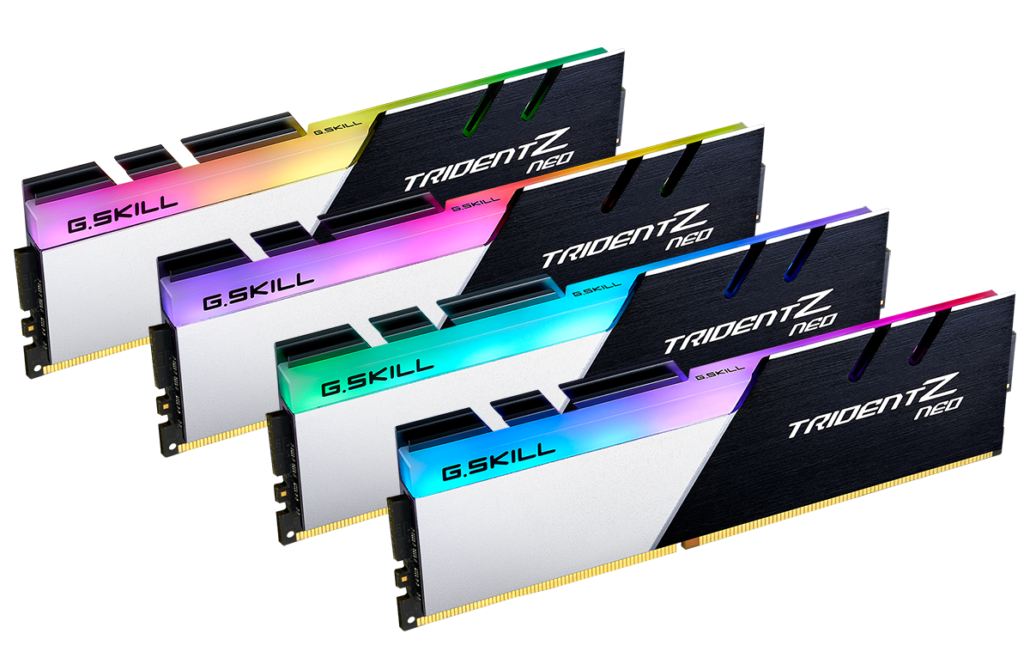 With the improvements of memory support on the latest AMD Ryzen 5000 processor series, the R&D team at G.SKILL is always looking to push the performance boundaries even further and have expanded the G.SKILL Trident Z Neo series with higher performance options, whether you’re looking for extreme frequencies, high kit capacities, or extremely low latency.

Pushing the limits on extreme low latency, the Trident Z Neo DDR4-3800 CL14-16-16-36 32GB (16GBx2) kit is the ultimate choice for high efficiency. Engineered with high-performance Samsung B-die components, this kit can be seen in the screenshots below running at a ratio of 1:1 on the ASUS ROG Crosshair VIII Dark Hero motherboard with the AMD Ryzen 7 5800X processor. 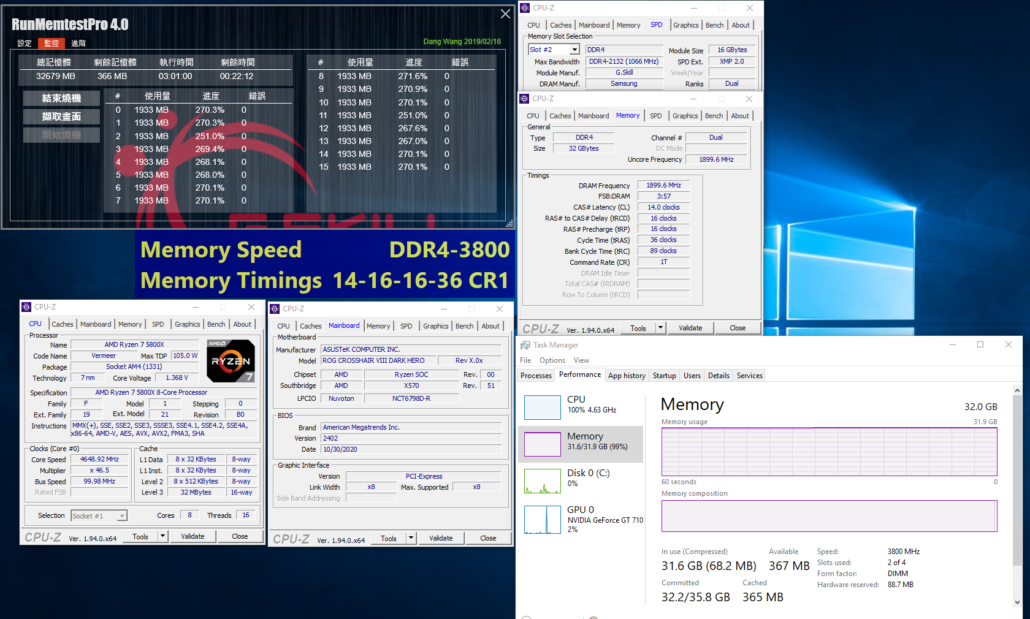 These ultra-speed, high-capacity, and extremely low latency memory kits will be available via G.SKILL worldwide distribution partners at the end of November 2020. For a full list of released specifications, please see the table below. 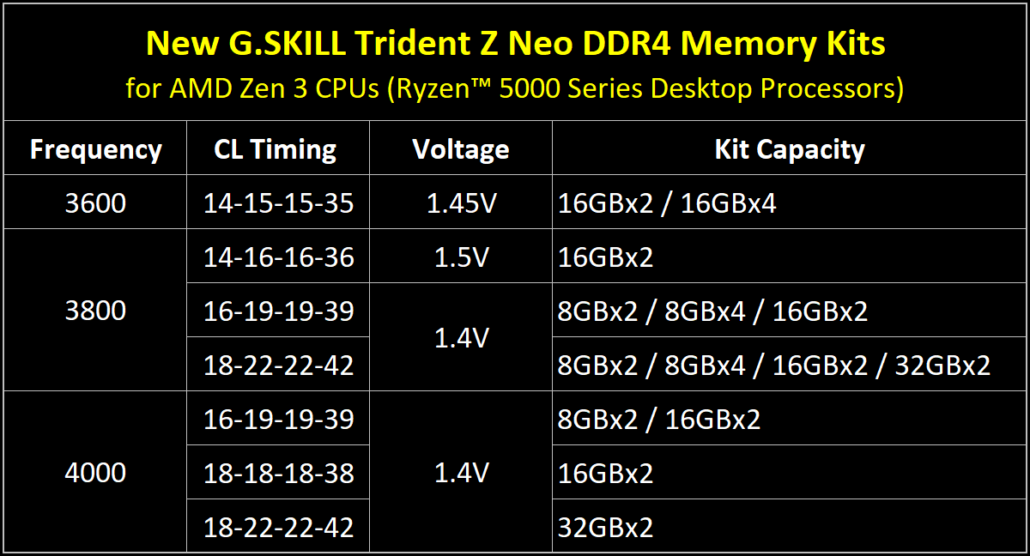