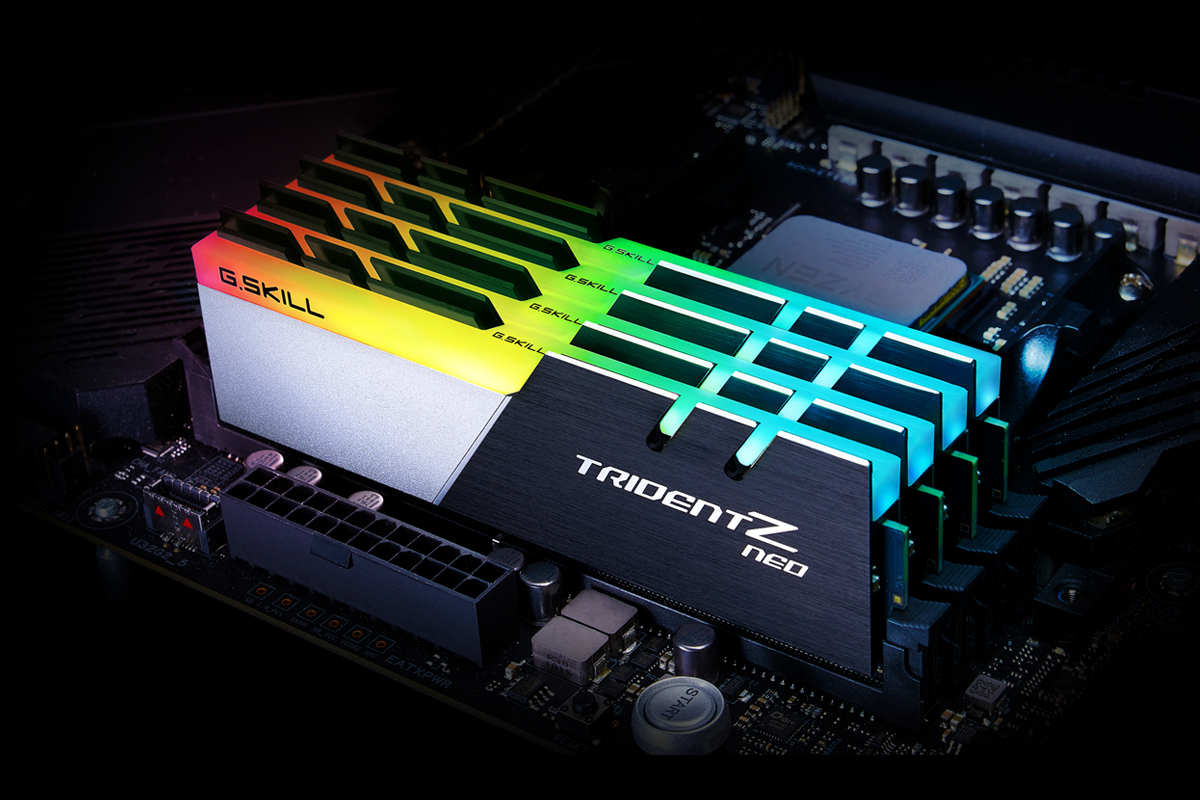 G.Skill has just announced their new Trident Z Neo DDR4 memory series which are built exclusively for the AMD Ryzen 3000 & X570 platform. The Trident Z Neo series offers a sleeker look along with specifications that are tuned specifically for the Ryzen 3000 CPU lineup.

The G.Skill Trident Z Neo series memory comes with an updated design scheme that looks sleeker compared to the existing Trident Z RGB kits. This is the fourth variant of the Trident Z RGB design and it still looks impressive. The design includes the RGB diffuser on the top along with a dual-tone heat spreader that has a silver aluminum finish on one half and a brushed aluminum finish on the other. 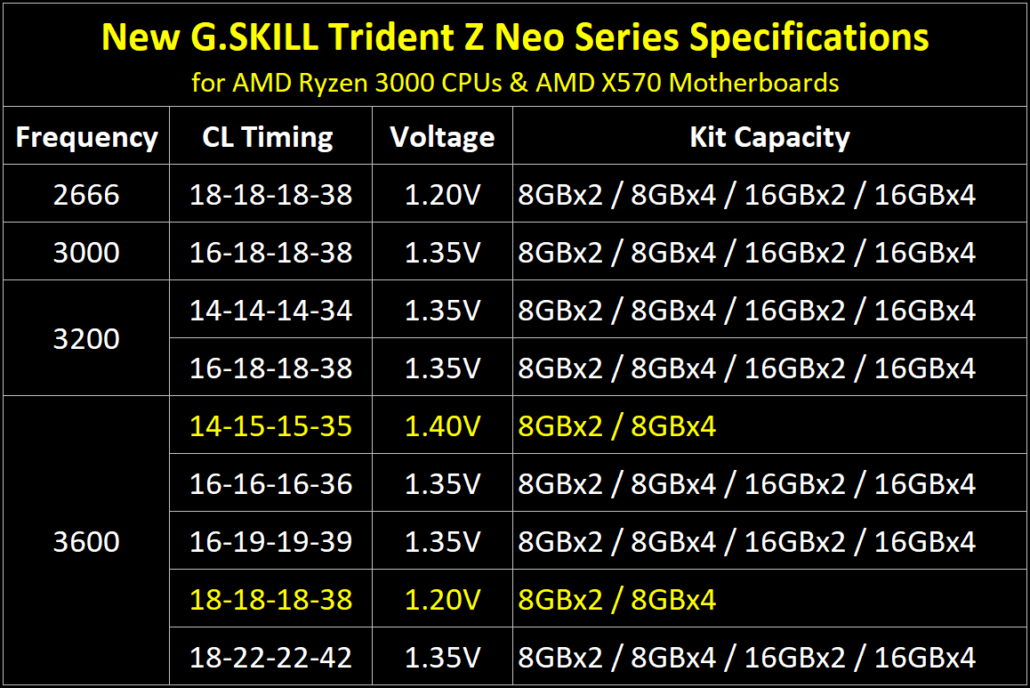 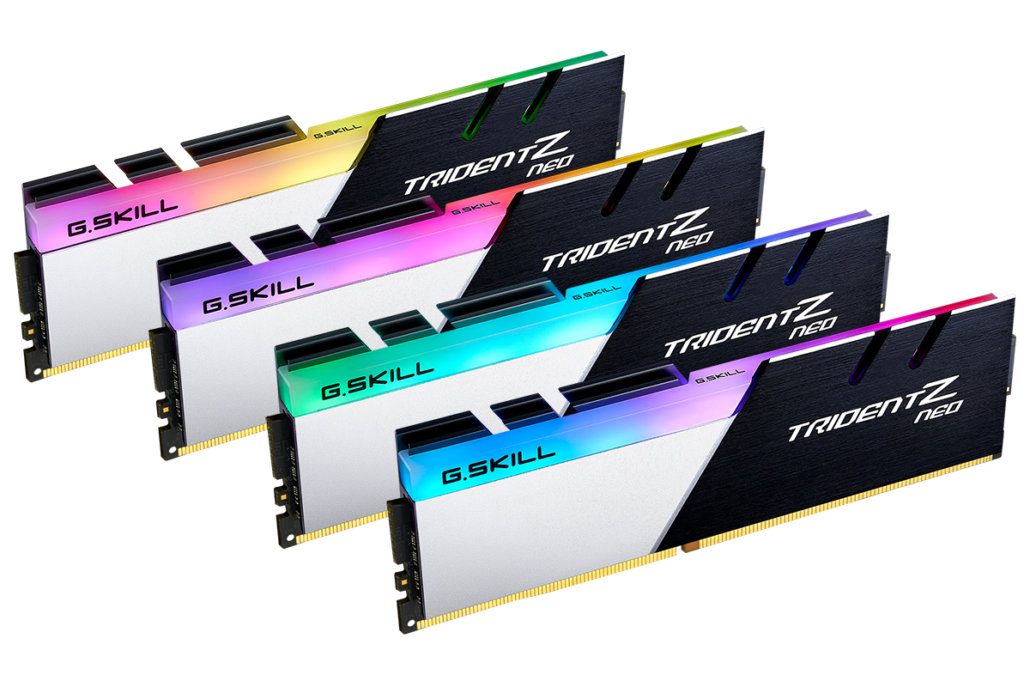 Computer systems with AMD Ryzen processors are known for its performance scaling with memory speed, and Trident Z Neo is engineered to achieve optimal performance with the latest AMD Ryzen 3000 series processors on AMD X570 motherboards. Under the latest AMD Ryzen 3000 series platform, DDR4 memory frequency support has increased by leaps and bounds, allowing the X570 chipset platform to run an unprecedented memory speed record of DDR4-5774MHz– the fastest memory speed ever achieved on an AMD platform under extreme liquid nitrogen cooling – as seen in the following CPU-Z validation screenshot with the MSI MEG X570 GODLIKE motherboard. (https://valid.x86.fr/u9f2jr) 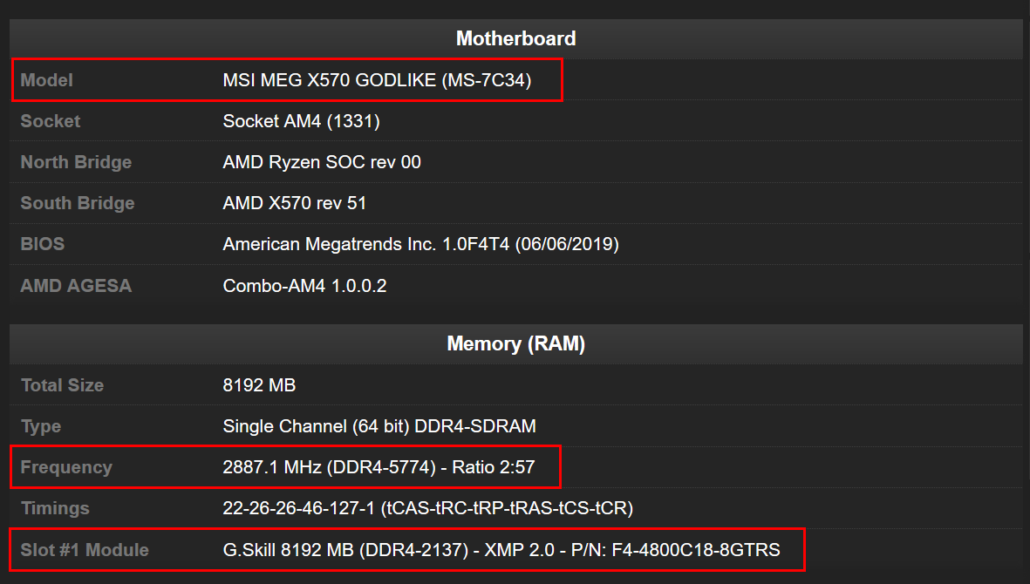 Designed with a contrast of black brushed aluminum and powder-coated silver for a bold heat spreader color scheme, as well as a beveled edge along the top tri-fin of the Trident Z family with an asymmetrical slant across the dual-toned heat spreader, the Trident Z Neo series introduces sleek new elements and adds character to your next RGB-enabled AMD system. 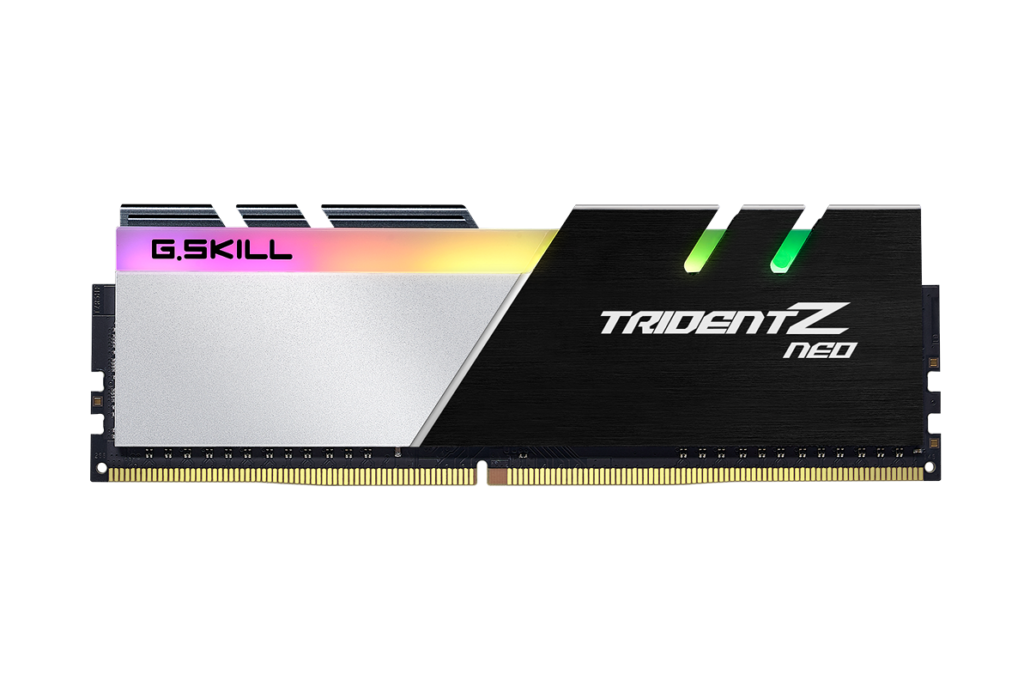 The smooth 8-zone RGB lighting on the Trident Z Neo is fully customizable and controllable via the Trident Z lighting control software, which already supports the Trident Z RGB and Trident Z Royal series, and is available for download from the official G.SKILL website. Additionally, the Trident Z Neo is also supported by third-party RGB software from motherboard vendors, such as Asus Aura Sync, Gigabyte RGB Fusion, MSI Mystic Light, and ASRock Polychrome.

With each module individually crafted with hand-screened high-performance ICs and custom 10-layer PCB with RGB lighting, Trident Z Neo will be available in DRAM frequency speeds of up to DDR4-3600 at a very efficient CL14-15-15-35 timing and in a wide range of capacity configurations, up to 64GB (16GBx4). As seen in the 5-hour stress test screenshot below, a Trident Z Neo 32GB (8GBx4) memory kit is running at DDR4-3600 CL14-15-15-35 on the ASUS ROG Crosshair VIII Formula motherboard, based on the AMD X570 chipset, with a 6-core AMD Ryzen 5 3600 processor. 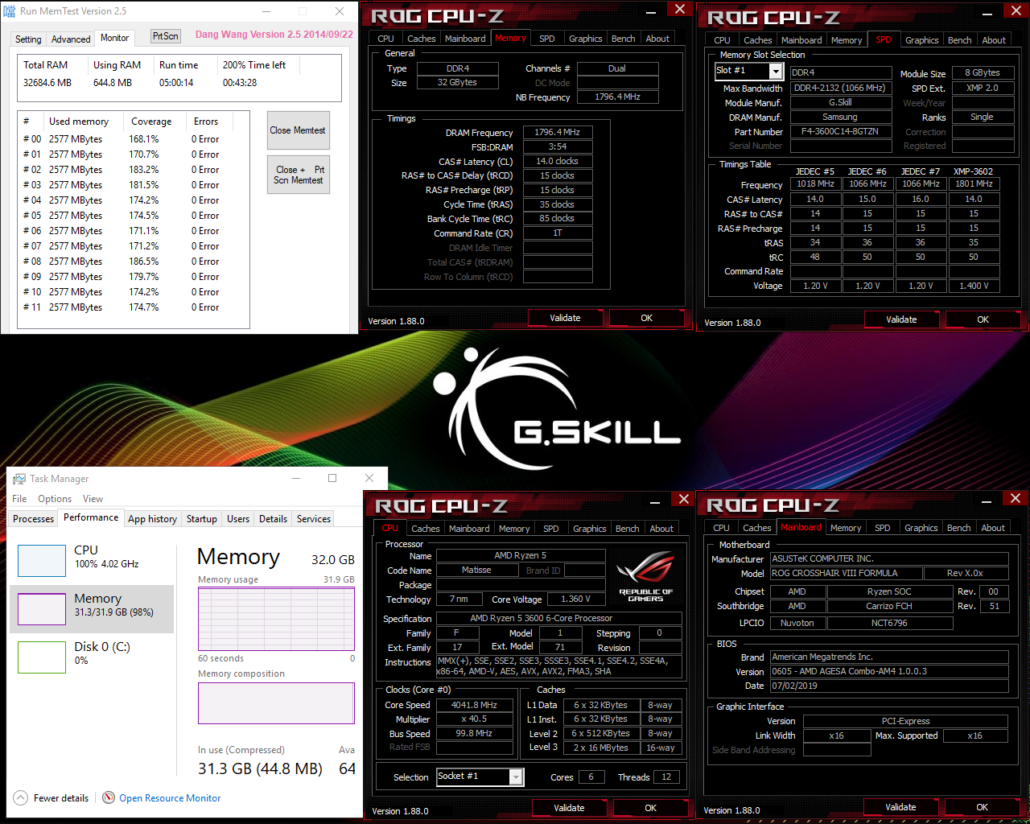 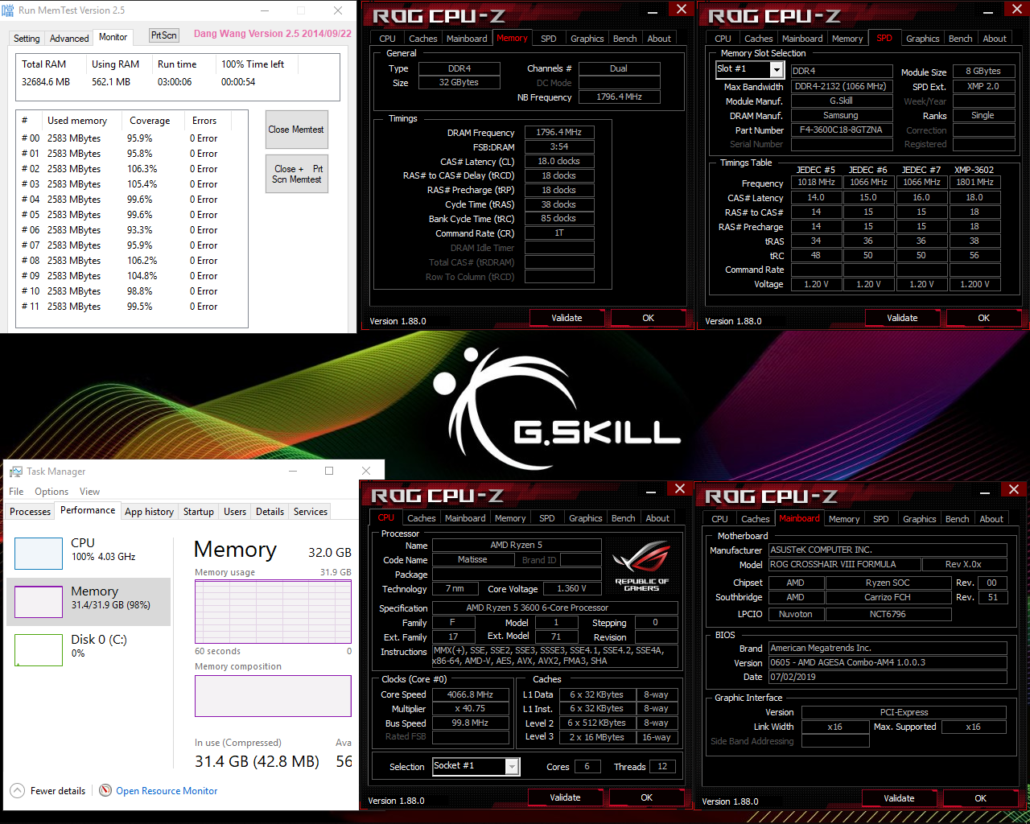 The Trident Z Neo series RGB DDR4 memory kits will be available via G.SKILL worldwide distribution partners within the month of July 2019.