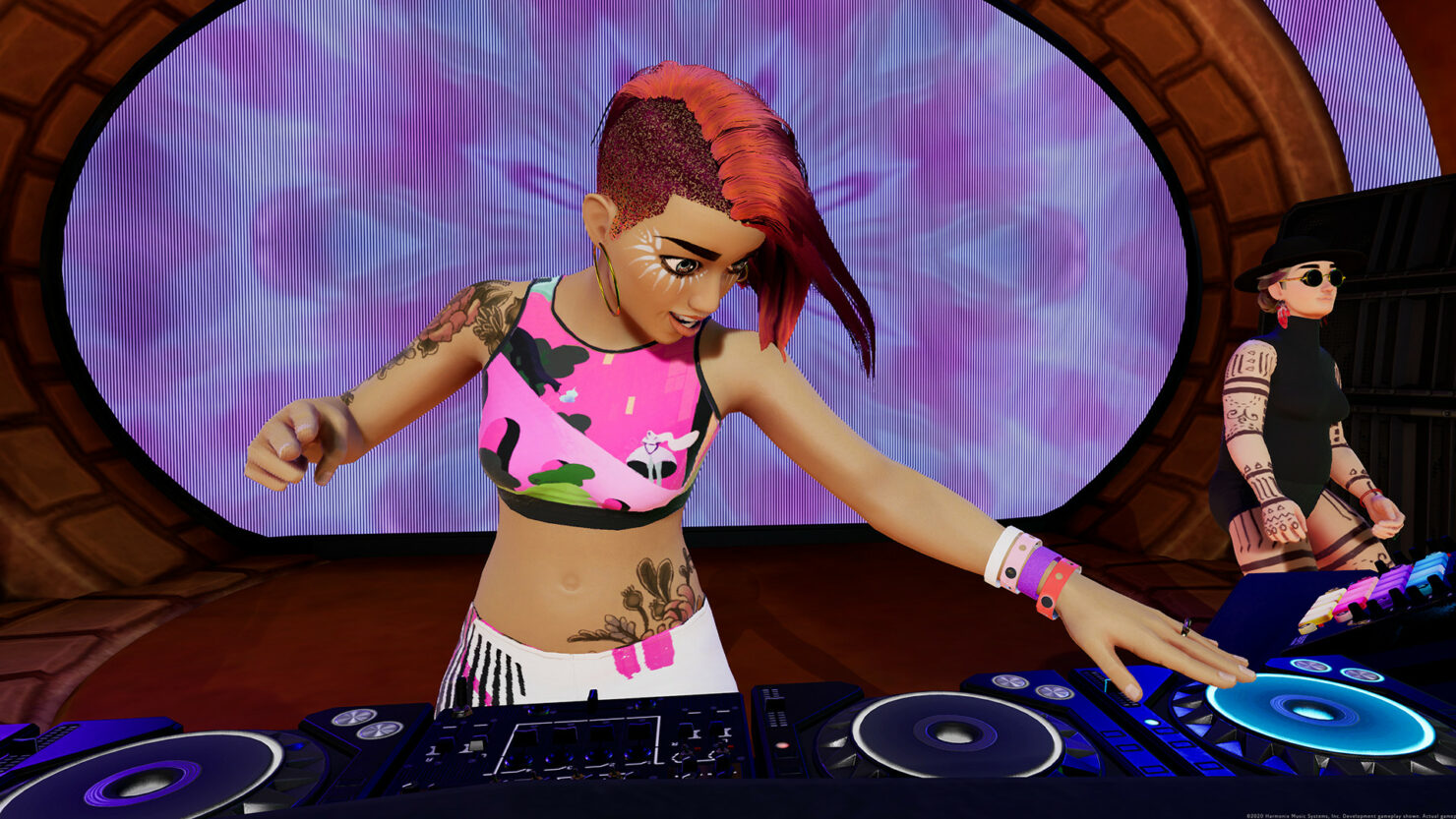 One of the biggest surprises out of PAX East 2020 for me was the colorful return of Harmonix back on the mainstage with Fuser. This was something we had no idea was coming, save for a brief trailer beforehand, to the PAX convention hall.

The giant ivory sphinx statues that adorn the in-game concert hall of Fuser also emblazoned their booth with live mixes every hour that you could hear during just about any appointment. If you were in line to check out Animal Crossing or Final Fantasy VII Remake, chances are that you'd hear what Fuser was all about. 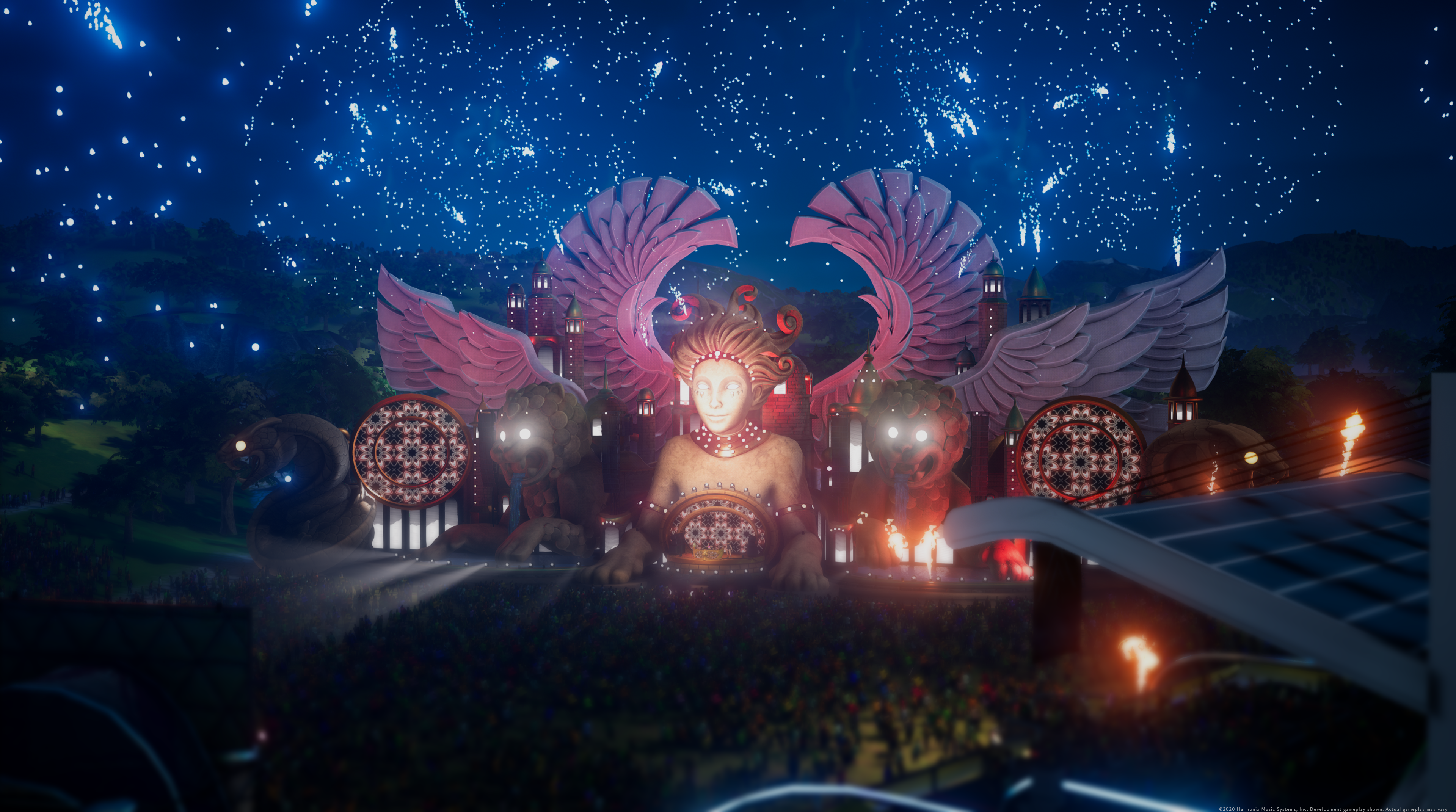 Dropmix, the last unique IP from Harmonix, was about collecting physical cards that represent various songs and isolated down to their respective elements of keyboard, drums, guitars, vocals, and other instruments. These would then be used to make competitive remixes on the fly either against other players in some head-to-head gameplay with the plastic gameboard and mobile app. Now, Harmonix has harnessed some of the same tech to create a brand new game that doesn't need anything beyond the console you already own and a good ear for music.

Fuser is all about creating live DJ mixes at your own pace. Four colorful decks serve as the foundation of your live remixes but it's the songs you play on them that truly shine. For the demo, Harmonix showed off sixteen popular bangers, from Old Town Road to The Rockafeller Skank and (Don't Fear) the Reaper. Each song has four instrumental/vocal tracks that you can isolate on any of the four colored decks, but you aren't limited to matching colors like you were in Dropmix. Instead, consider the colored decks to be the buttons on your Xbox controller to help drop things quickly. 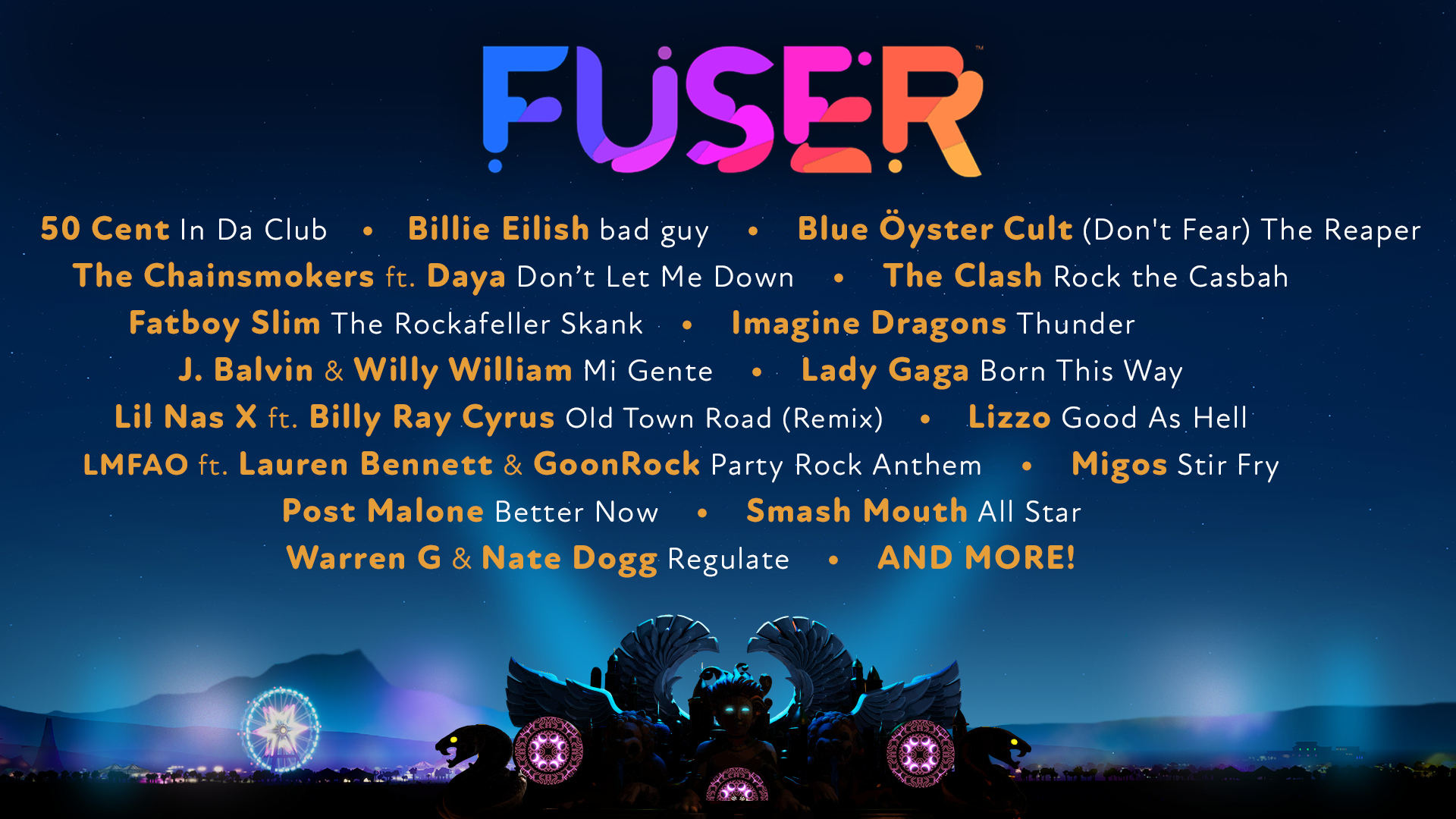 That about covers the live remixes, but what about the actual game part to Fuser? As you craft a custom mix on stage, you'll occasionally get fan requests to add to your playlist. Most fans will ask for a certain instrument or genre but I found a picky fan that wanted something from a certain decade so I had to scroll through my available discs in the crate to find something suitable (which was probably Smash Mouth's All-Star). As you're laying out discs, there's a beat tracker that tracks along with the song. Dropping notes in time with downbeat scores extra points (in addition to sounding a lot better), so that's key to earning all five stars during your set.

As an existing fan of Dropmix, Fuser is already sounding like the right kind of successor with a formula that could easily adapt to a lot of DLC down the line. At only sixteen songs in the demo, there were only a select number of genres at play but the potential for so many more (Harmonix has already claimed over 100 songs in the main game). One cool thing that Harmonix talked about was how "Players will also be able to share their creations socially, making their game performances available for watching online". Since you aren't limited to only having one or two of a specific instrument, the remix potential is already greater than Dropmix. If Dropmix was any indication, Harmonix could easily be taking over my party soundtracks once again with Fuser.

Fuser will launch on Xbox One, PlayStation 4, Nintendo Switch and PC later this year.