Funcom Shares Video Showcasing How To Build in Conan Exiles 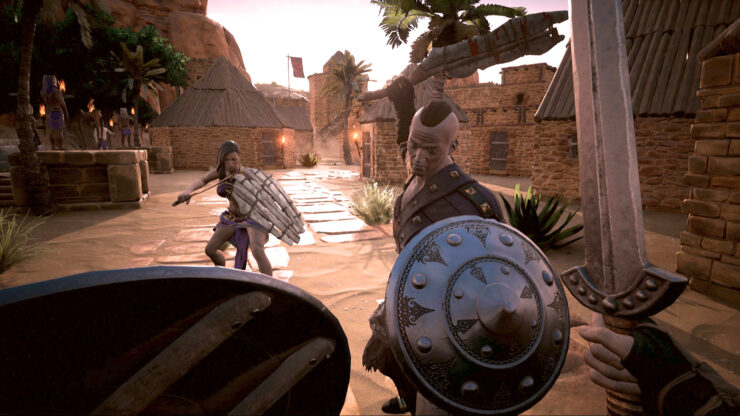 The open world multiplayer survival game will heavily feature building, crafting and various ways to destroy enemy settlements, which are all aspects covered in the video below. Funcom's Creative Director Joel Bylos said:

They say that home is where your heart is, but in ‘Conan Exiles’ home is where you keep the hearts of your enemies. Building is a big part of ‘Conan Exiles’ and you will need to build smart and build strong in order to defend yourself from the environment, cannibals, monsters, and of course enemy players. We are working hard to make sure players have powerful tools to build and defend their kingdoms.

In the video, Bylos and Lead Designer Oscar Lopez Lacalle talked about the fact that players will be able to build on mountainsides if they want to, for a more defensible position. They also noted that Conan Exiles is anything but an empty sandbox since there will be plenty of ruins from an ancient civilization lying around the environments. Religion will be very important too; savvy players will build altars for the gods and ultimately summon the gods' avatars to go and wreak havoc on their enemies.

The developers also released a blog post and infographics to specify exactly how the building system is going to work.

Conan Exiles is scheduled to launch on Steam Early Access in late January, while Xbox One gamers will have to wait Spring to play it via the Game Preview program. It will be playable in both single-player and multiplayer modes, on public and private servers alike.