Whenever Apple is due to announce a new device we are treated by an enormous influx of rumors, speculation, information and component leaks. We can never be too sure in believing everything we hear about from a wide variety of sources.

Nevertheless we do have to cover important instances, such as when a fully assembled mockup of the next generation iPhone is spotted at the IFA 2012 conference in Berlin. We have seen other mockups of this upcoming smartphone in the wild as well but this one seems to be the most, for lack of a better word, comprehensive one. 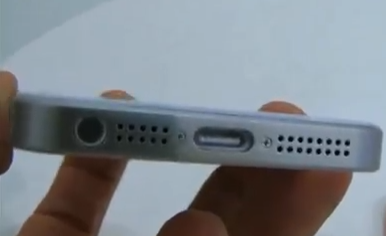 Case and cover manufacturers always take a gamble of design schematics as well as rumors. Last year these manufacturers were severely burned as most of them started producing cases and covers for a fully redesigned iPhone whereas Apple release an iPhone with no design changes at all. Before the announcement of iPhone 4S, it was widely rumored and believed that Apple would be announcing an iPhone with an entirely new design. Such manufacturers acted in haste to get their accessories out in the market first, only to find out that Apple had something else stashed up its sleeve. 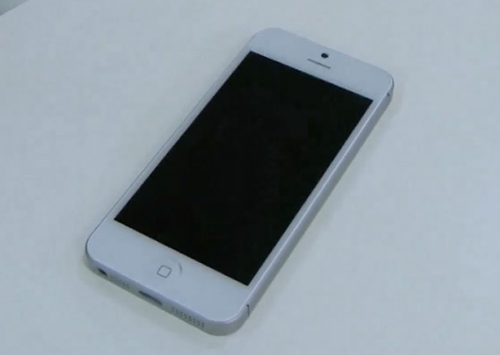 Manufacturers of such accessories have already begun making cases for the upcoming iPhone, which are based solely on rumors regarding the design and dimensions. We have seen a couple of next generation iPhone cases in the past as well. GSM Israel found this mockup of the next iPhone at an accessory booth on the IFA 2012 show floor. While this mockup does not reveal anything new about the device, it merely confirms whatever we have been told up till now about Apple's new smartphone.

The mockup touts the large 4 inch display, boasts a thinner profile, has the smaller 9 pin dock connector, new speaker grills, repositioned headphone jack as well as a two toned back cover. With less than two weeks till the reported date of announcement, this mockup further confirms our suspicions as to what the real next generation iPhone could like. Though we can't be really sure until Apple makes the official announcement. One thing is for sure though, case and cover manufacturers wouldn't exactly like being burned this year as well.