Apple is yet to officially announce the release date of next generation iPhone. Rumor has it that the event will take place on September 12. There have been many other rumors about this upcoming iPhone, one which has stood out above the rest is the possibility of a smaller dock connector. Apple is said to be moving towards a smaller 9 pin dock connector instead of the former 30 pin one. Accessories for the next generation iPhone also further solidify the possibility of this change.

The legitimacy of the source may be called to question but it should be kept in mind that these accessories perfectly fall in line with all of the rumors we have been hearing about the next generation iPhone. It has been confirmed by a number of sources that Apple is replacing the old 30 pin dock connector with a smaller variant. Initially there was confusion as to whether the replacement will be an 8 pin or 9 pin dock connector, but not the latter is said to be the one Apple is going with. 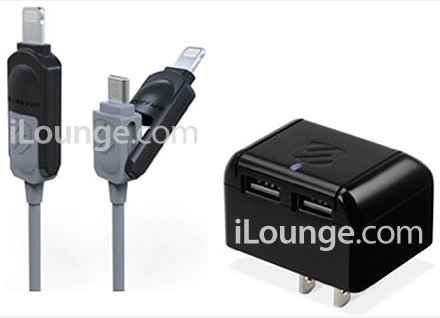 These photos are of accessories manufactured by Scosche. These accessories include a car charger, various charging units as well as a micro USB to 9 pin dock connector converter. There exists a possibility that Scosche has manufactured these accessories for next generation iPhone based on rumors. Last year many case makers had manufactured cases for an iPhone with a totally new design whereas Apple only announced a new iPhone that came with no design changes at all. As far as current rumors go about the next iPhone, these accessories seem to be a perfect fit. 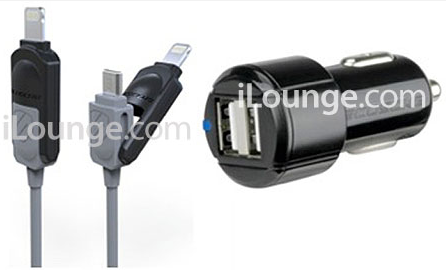 The reason why Apple is substituting 30 pin dock connector with a 9 pin one is space. A smaller dock connector would open up more space on the inside to cramp in more technology. Moreover it would also allow the device to be thinner and will also allow the repositioned headset jack on the bottom. Though until Apple formally announces the next generation iPhone, all this is hearsay.