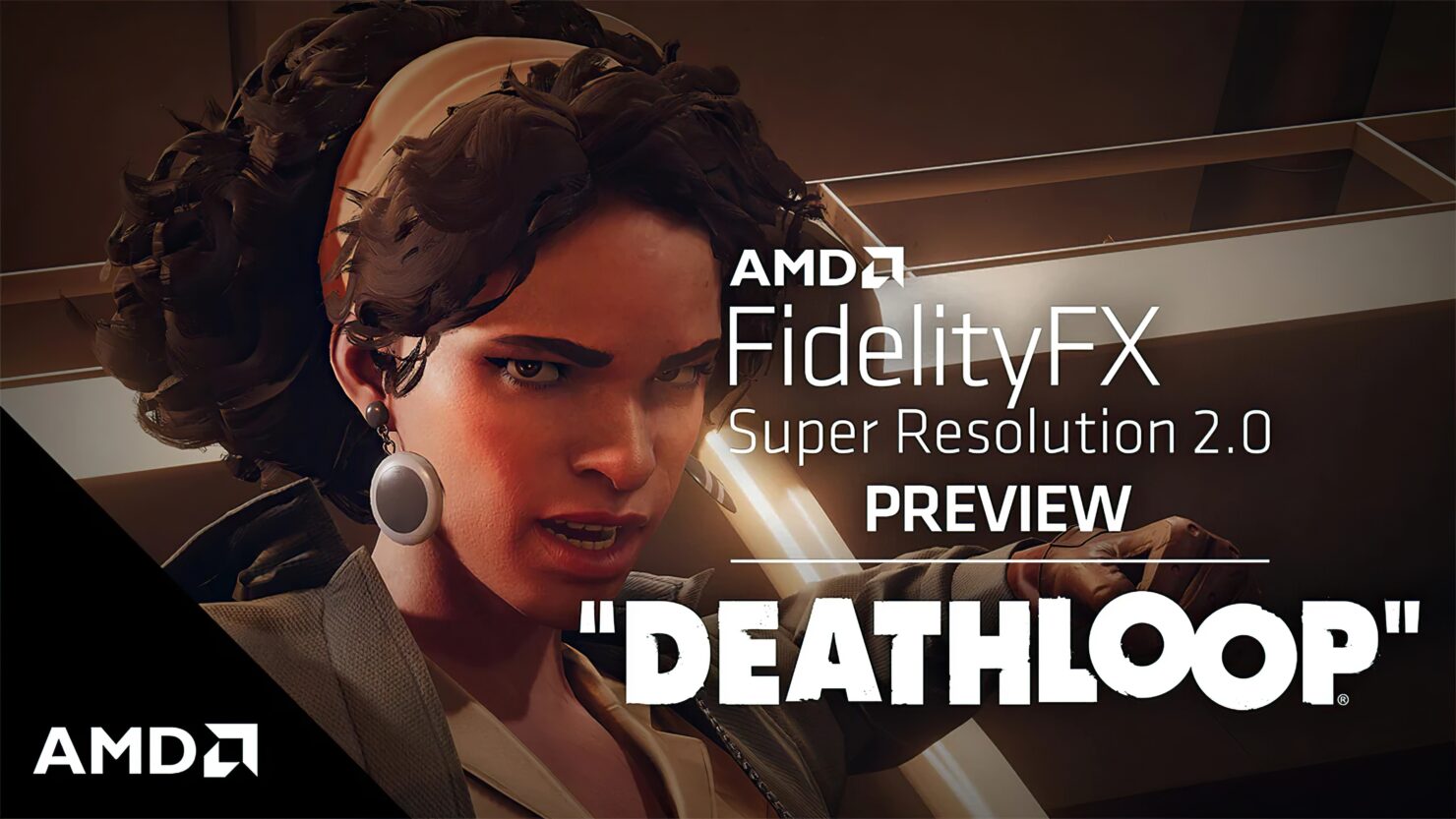 However, several users expressed the desire to check out FSR 2.0 in action at lower resolutions, such as 1440p and 1080p. AMD has now satisfied the wish, providing an extensive set of comparison screenshots of FSR 2.0's main modes running at 4K, 1440p, and 1080p. 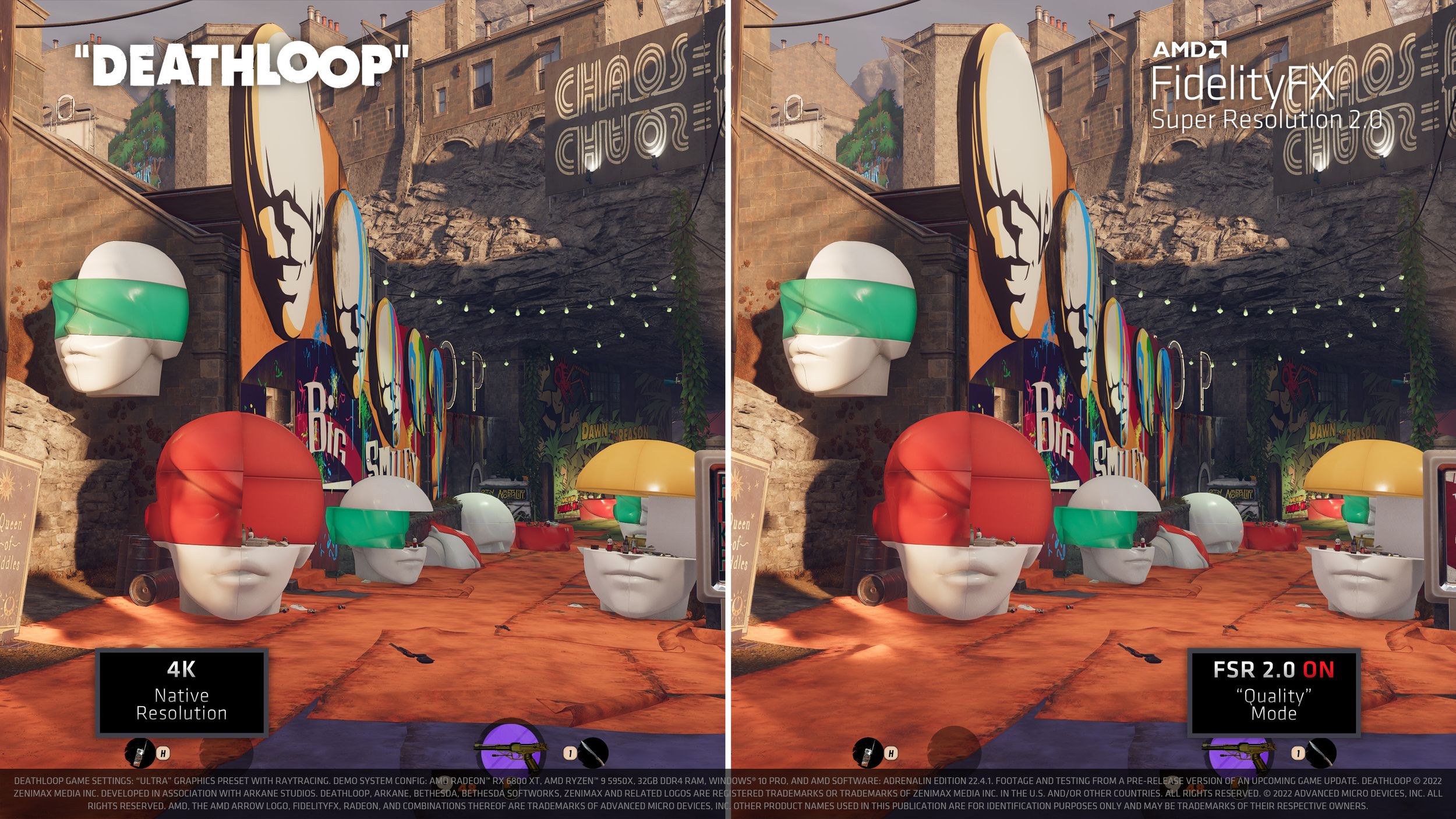 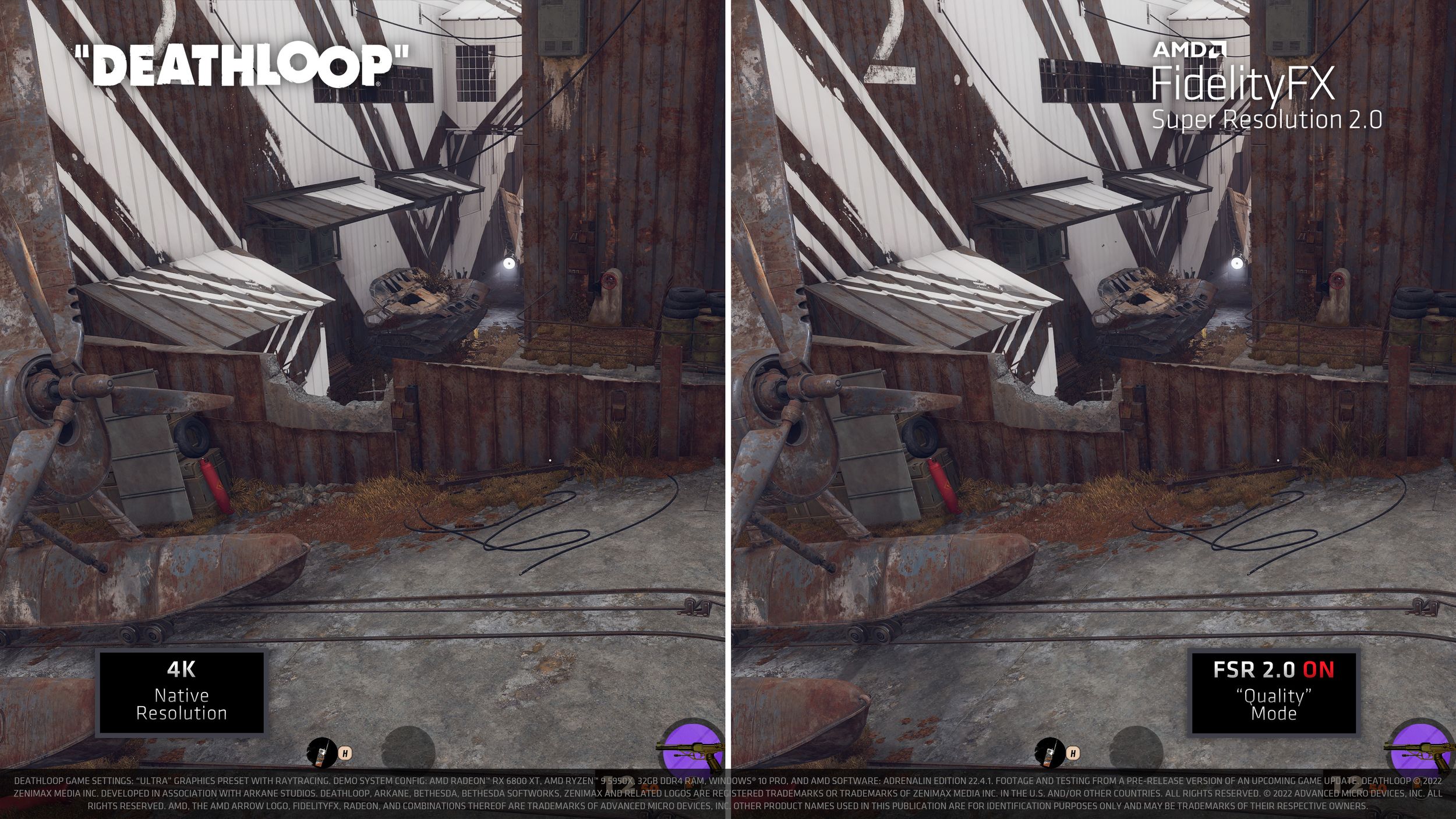 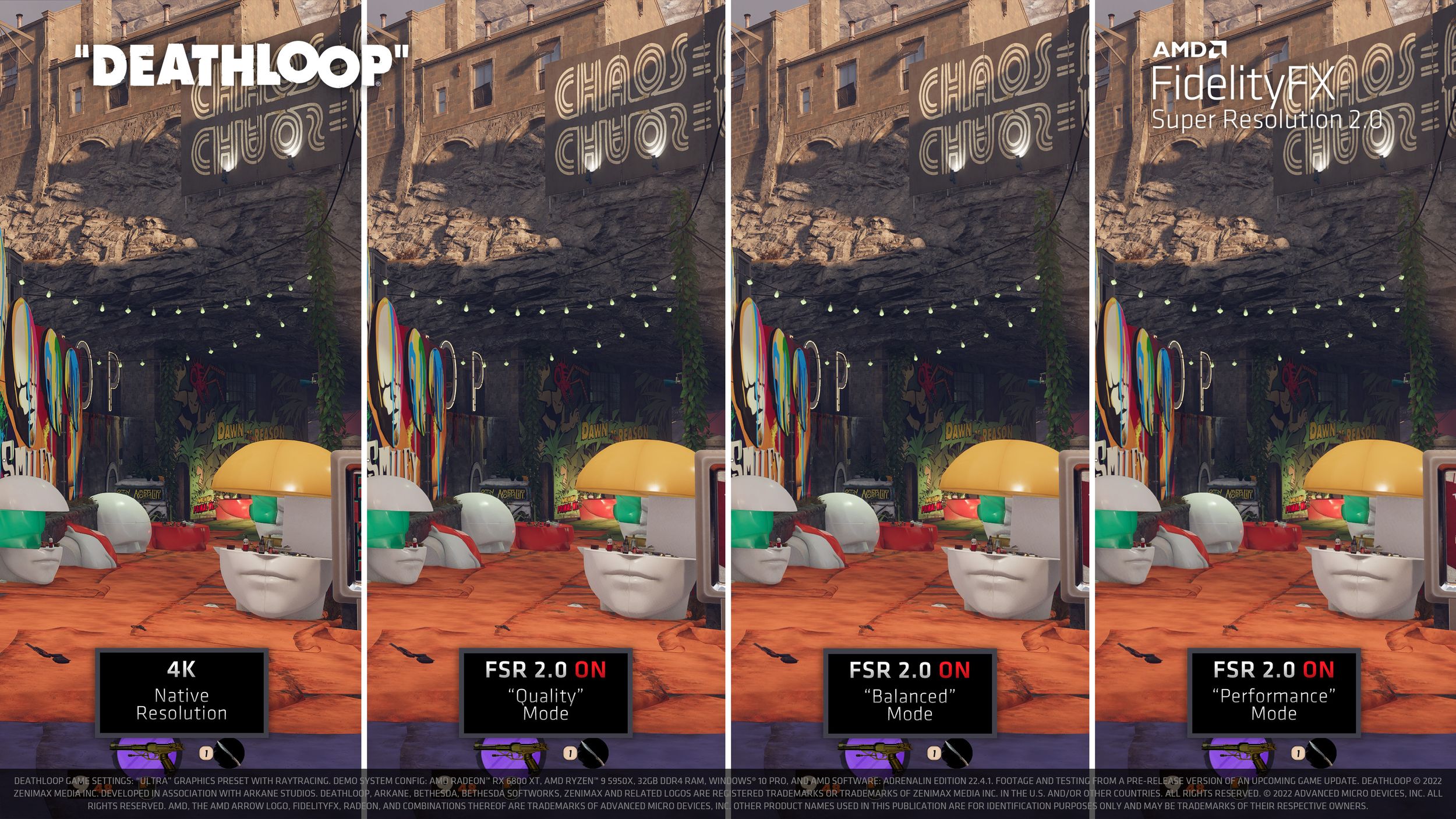 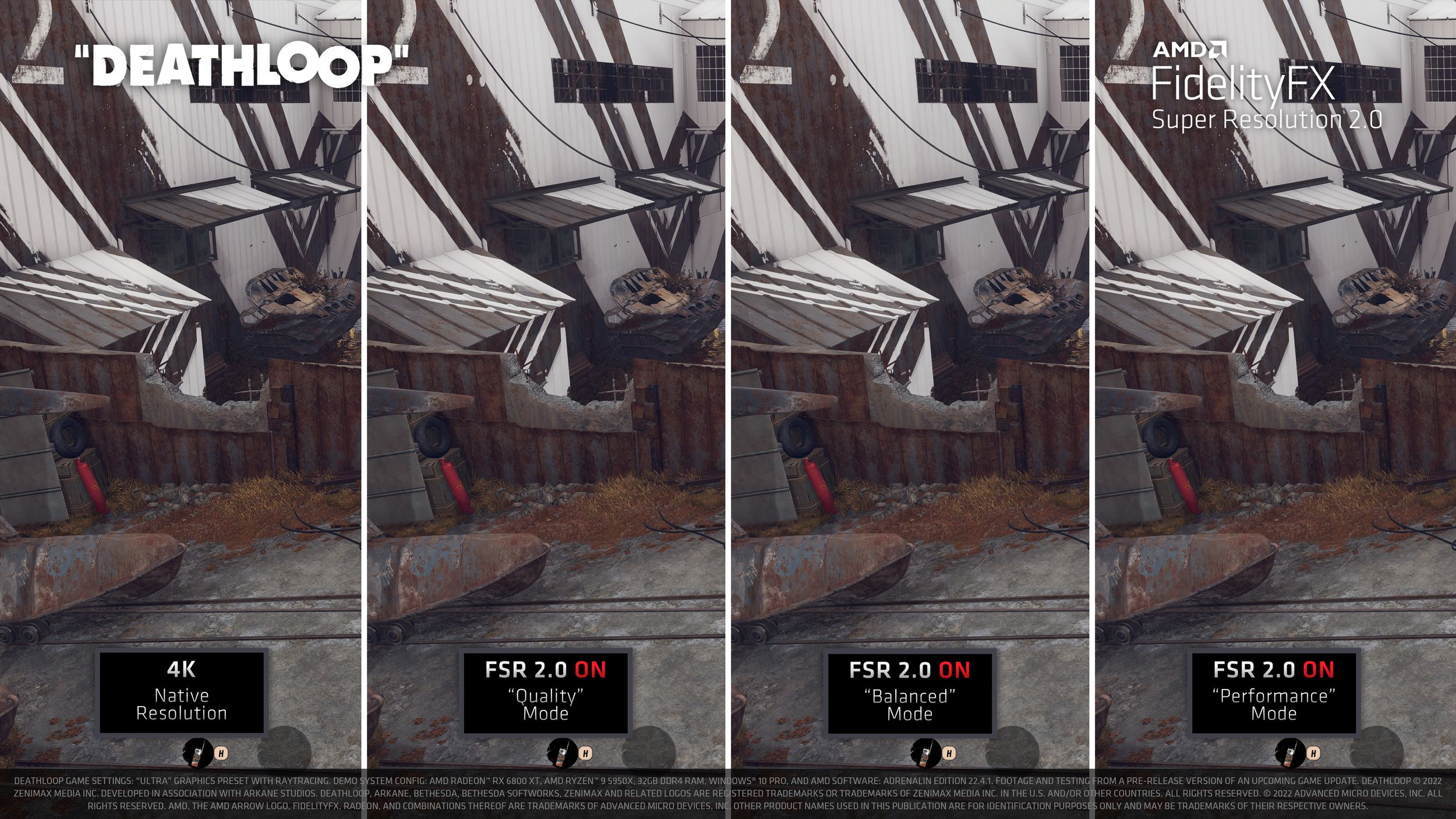 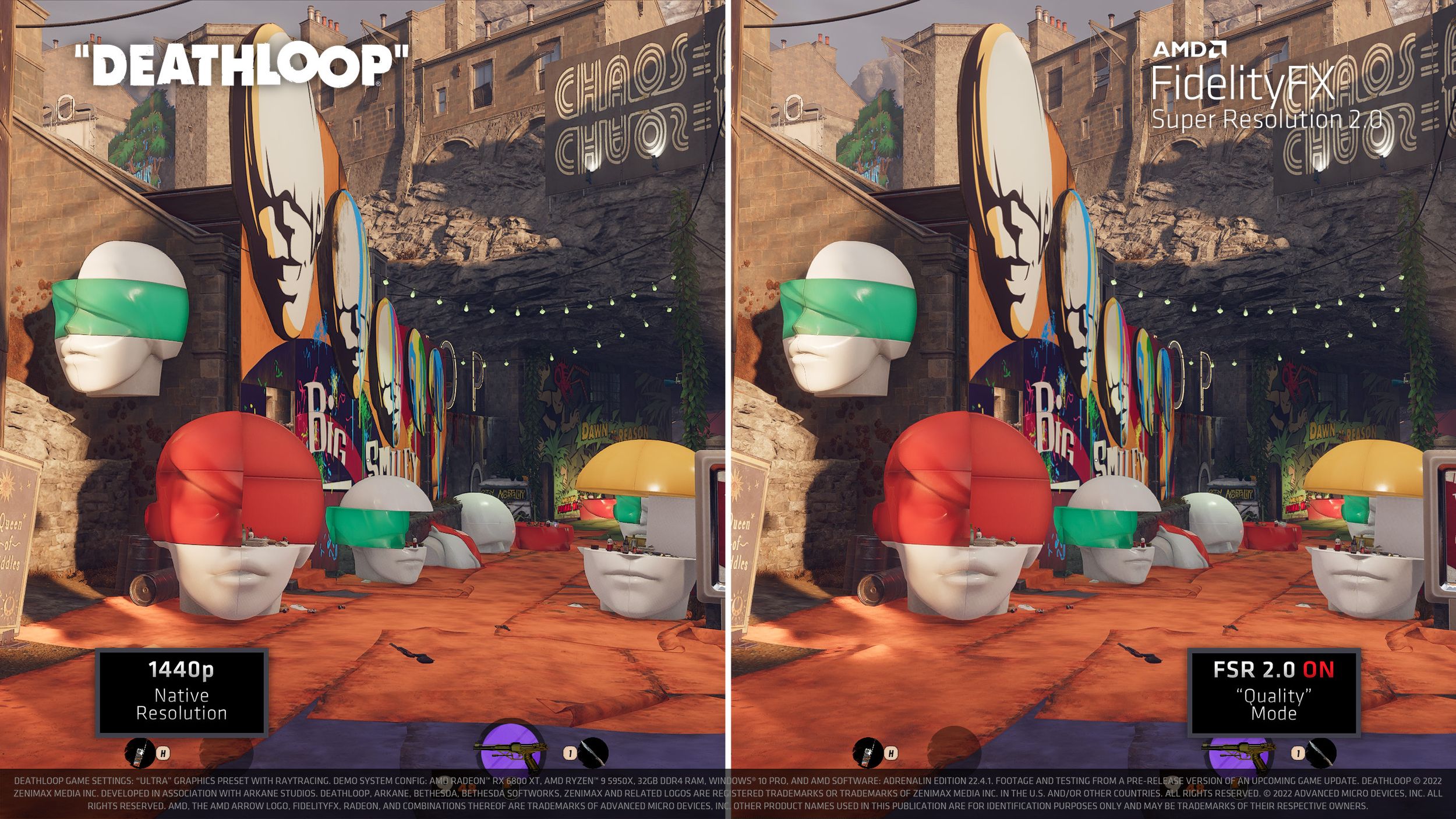 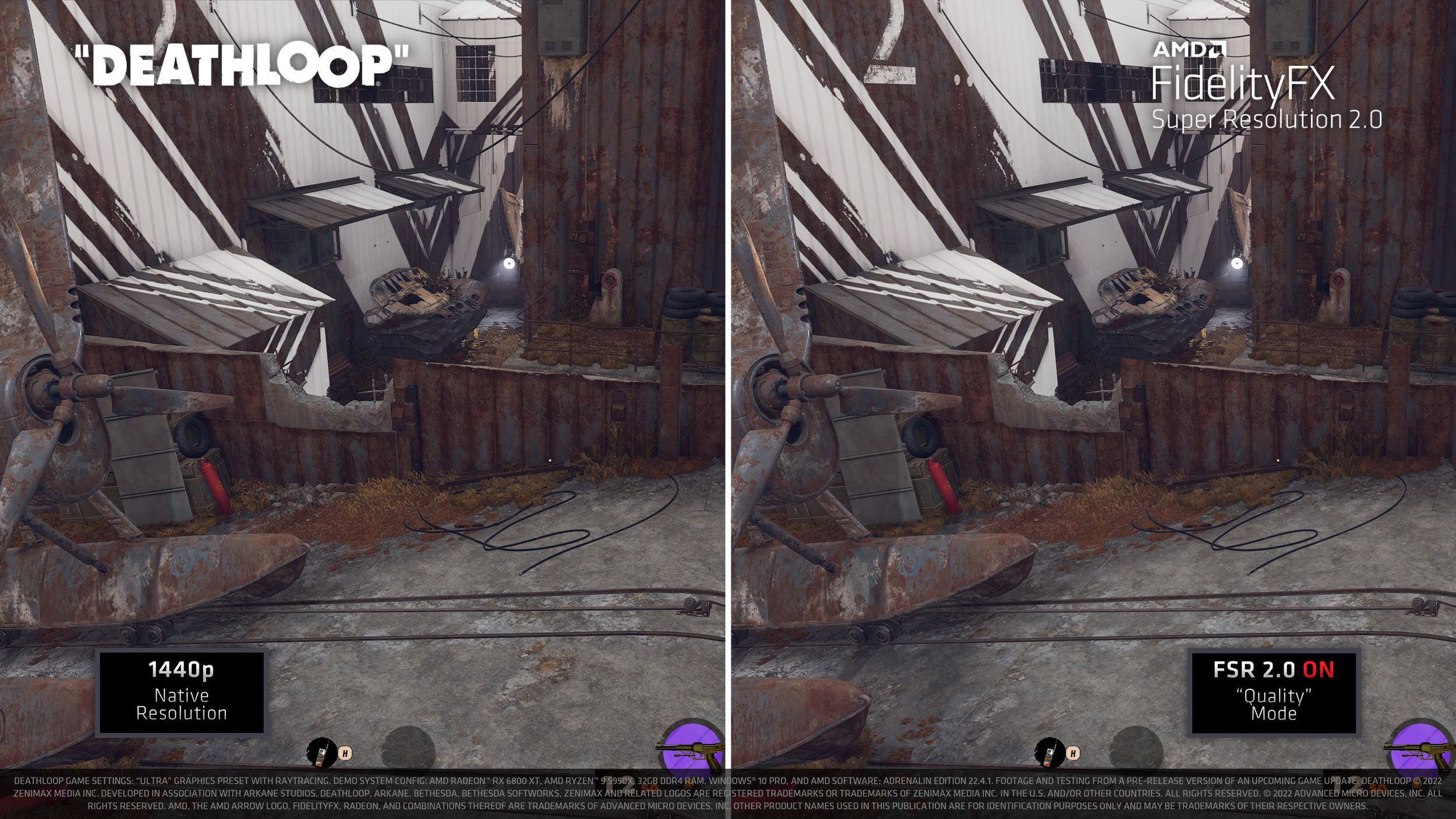 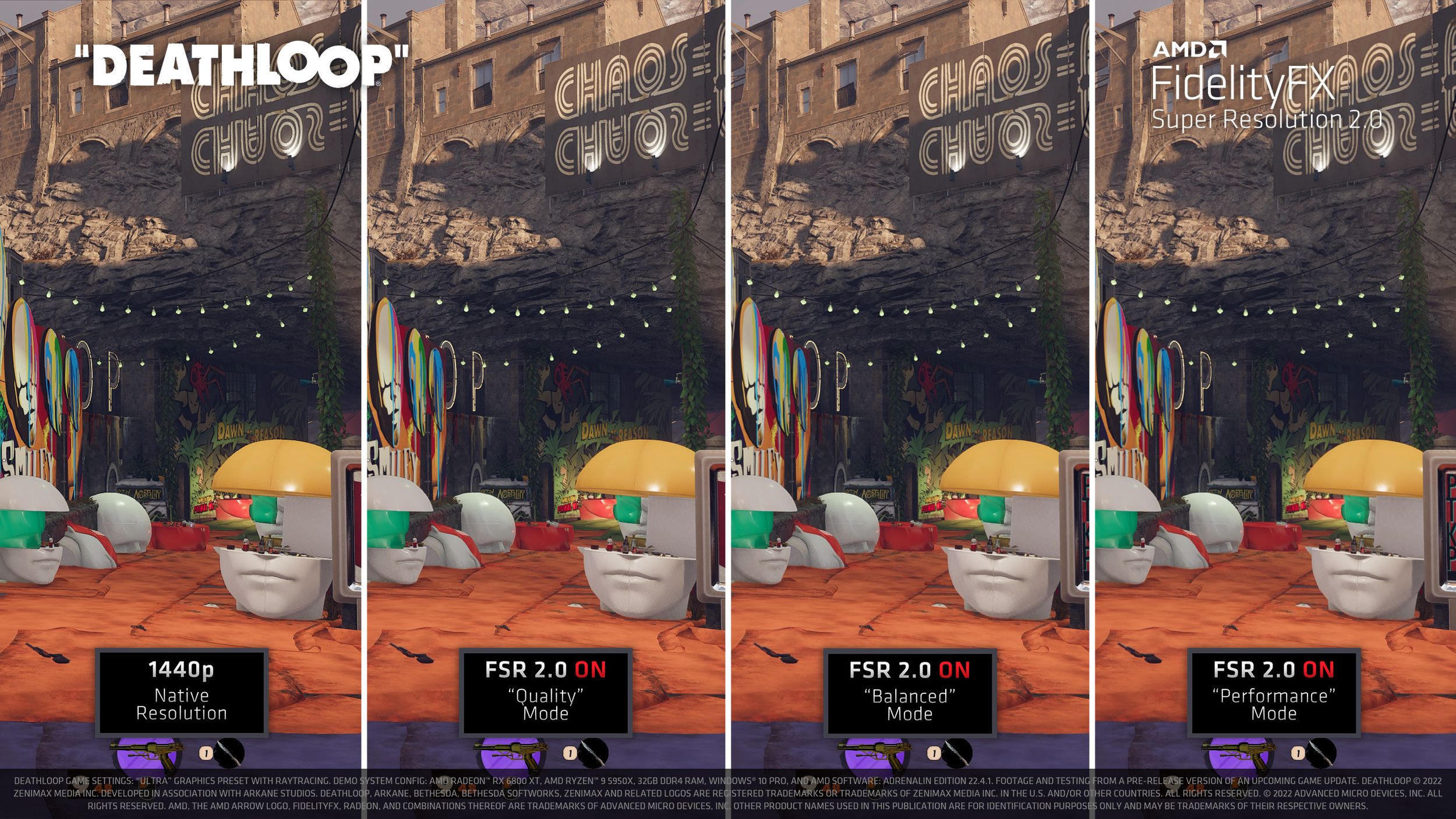 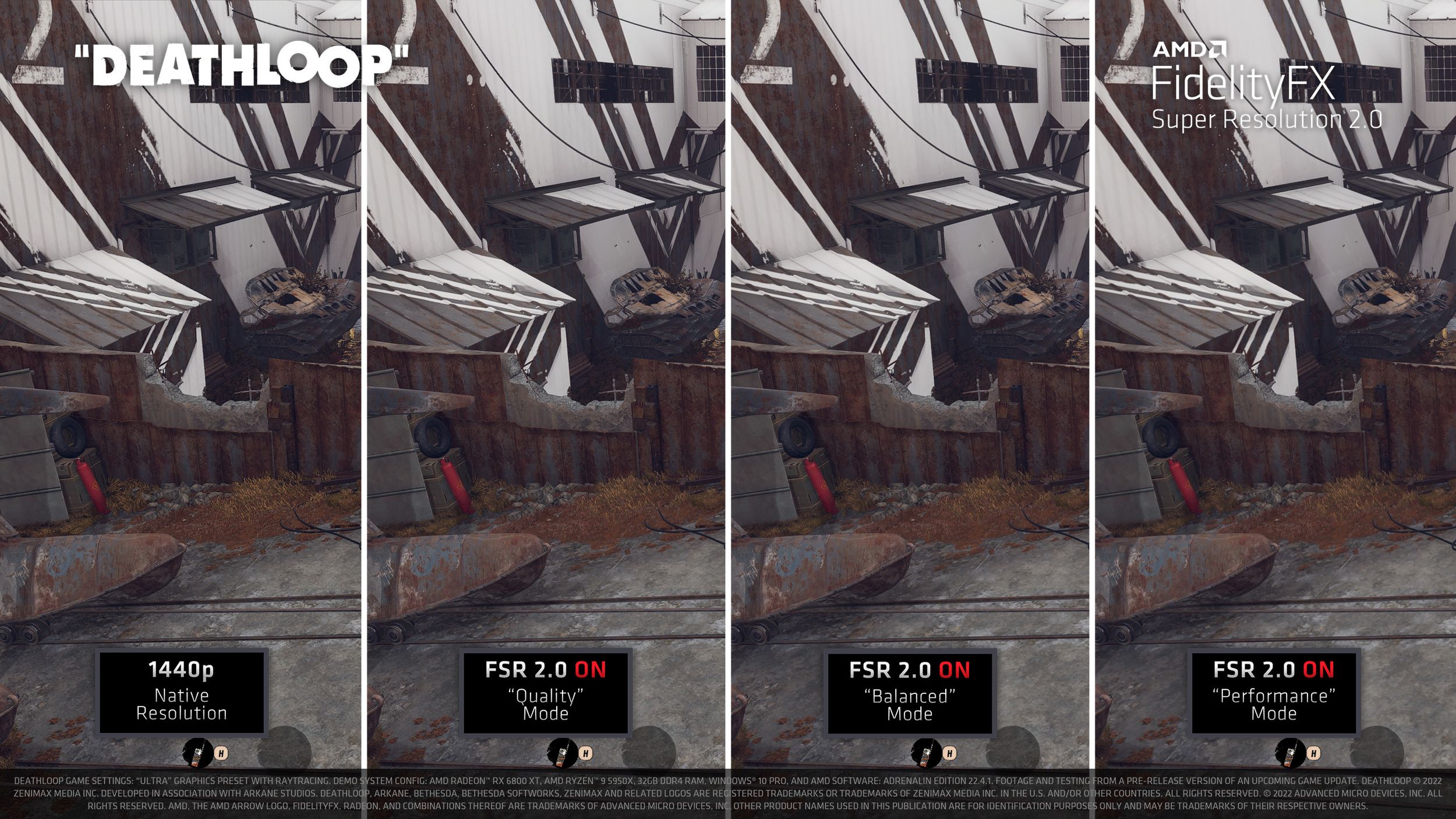 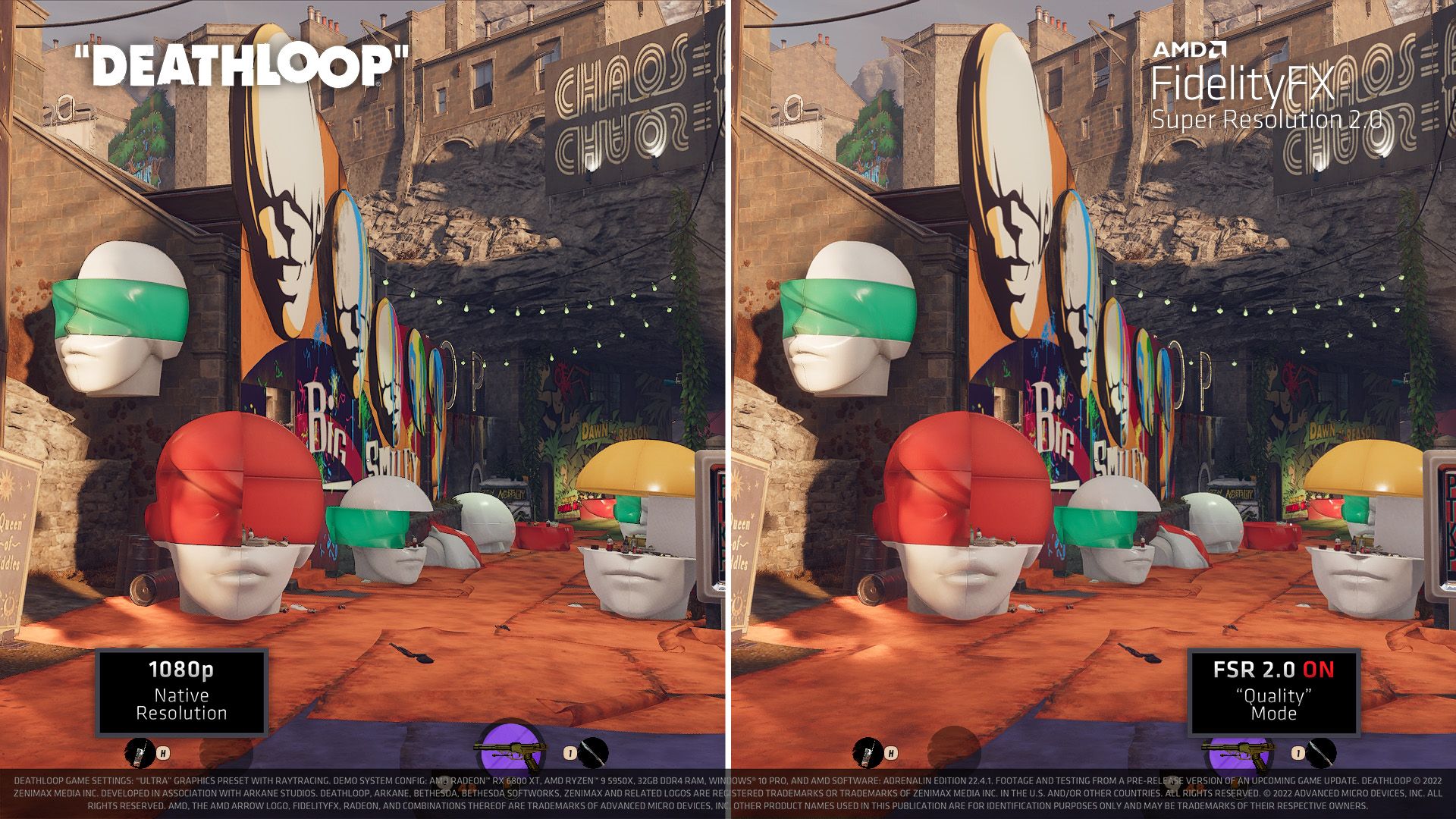 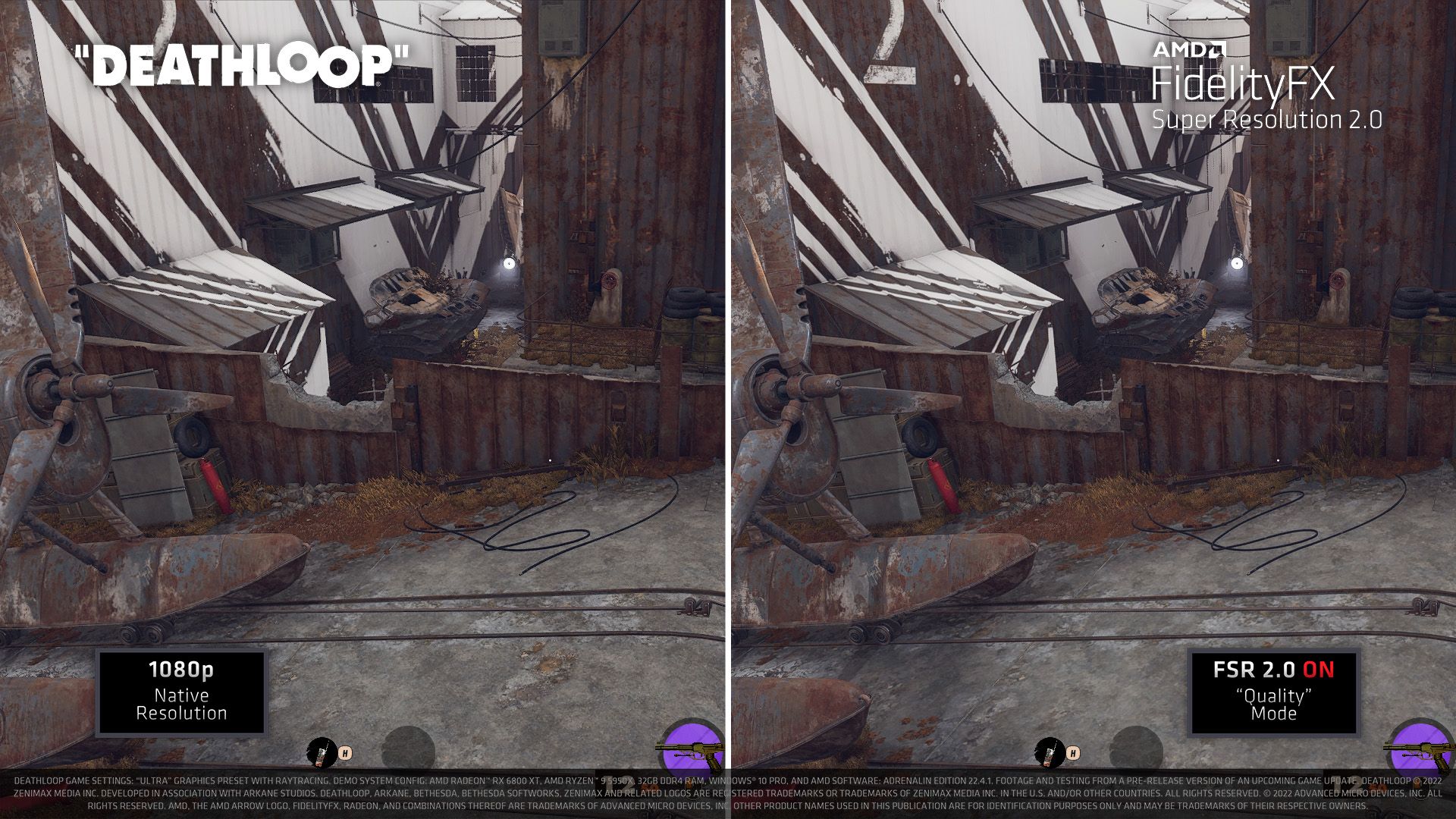 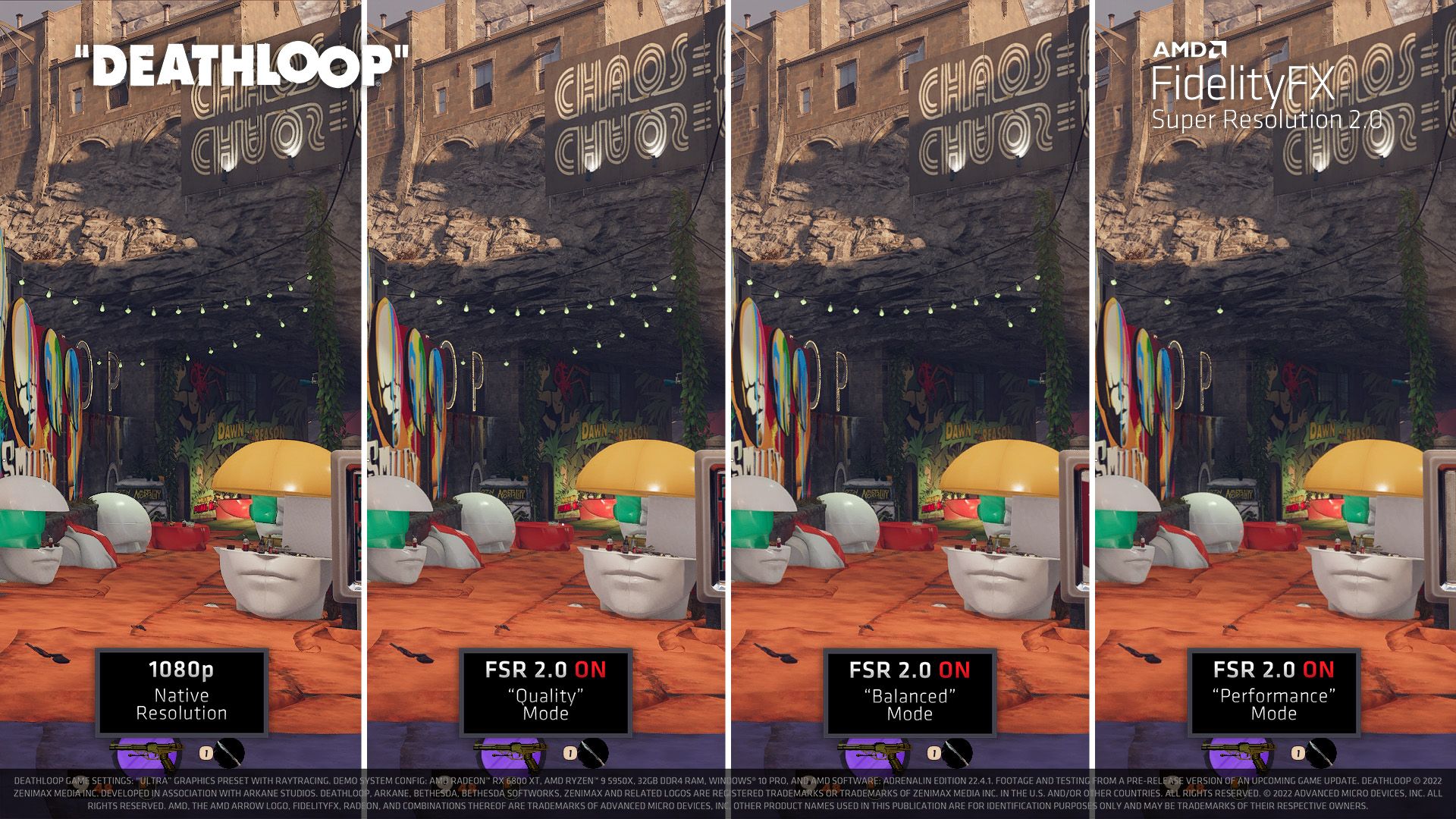 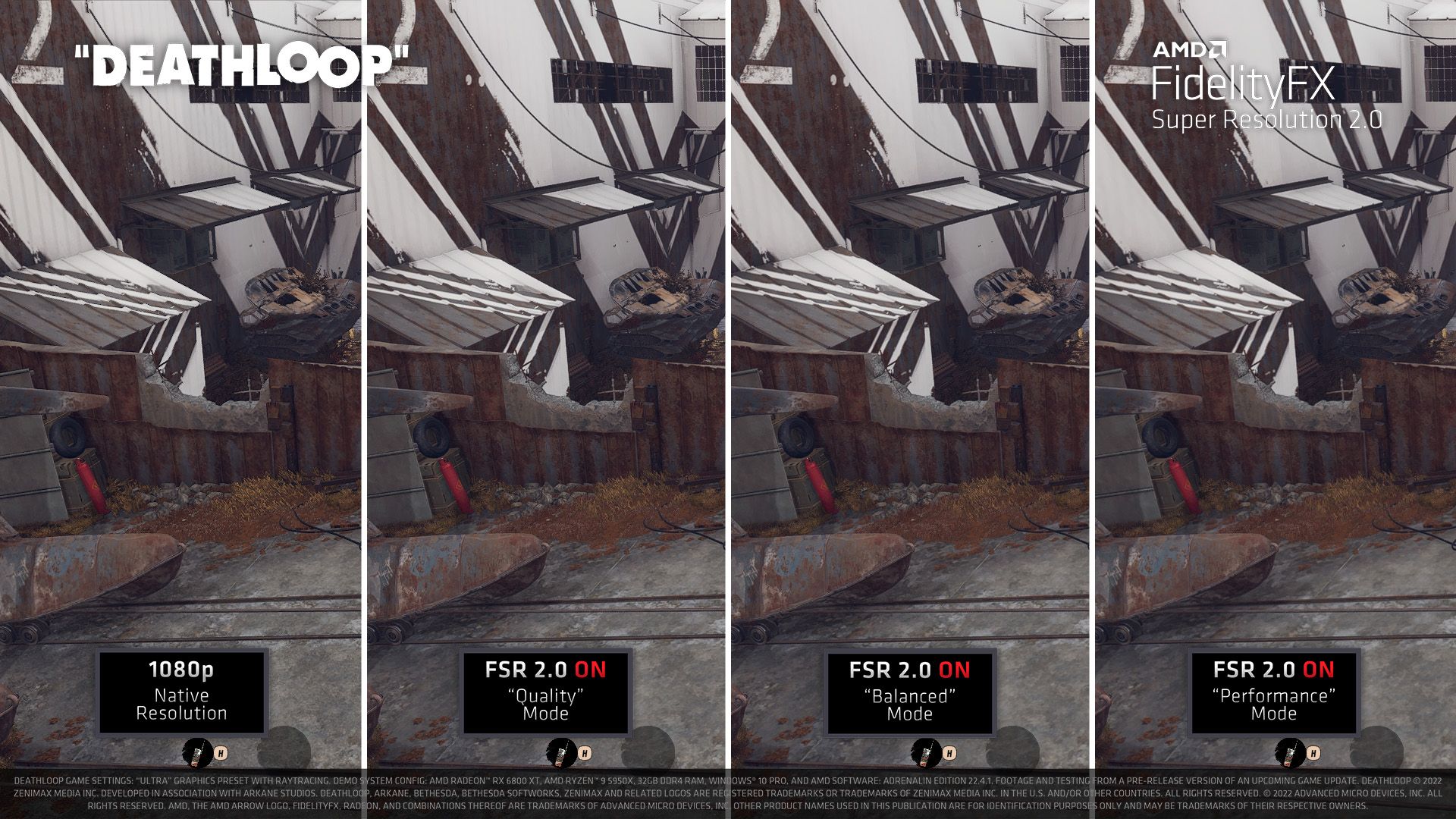 These Deathloop screenshots (available for uncompressed download here) were captured on a PC equipped with an AMD Ryzen 9 5950X CPU, 32 GB DDR4 RAM, AMD Radeon RX 6800 XT GPU, and Windows 10 Pro OS. The graphics had been set to 'Ultra'.

You might notice some missing objects in the 1080p FSR 2.0 screenshots. According to AMD, that's because the game itself does not render small objects at far distances when the internal resolution is set to 720p or lower, which is the case when FSR 2.0 is enabled with a target output resolution of 1080p.

As a reminder, Deathloop will also offer the optional Ultra Performance FSR 2.0 mode, even though AMD did not showcase it in the comparison images. According to a GDC 2022 presentation, the Ultra Performance mode can provide up to 147% improved frame time at 4K resolution with ray tracing enabled.

Finally, AMD said it is getting closer to being able to release FidelityFX Super Resolution 2.0. The first games such as Deathloop should be available later this quarter, so stay tuned for more info.