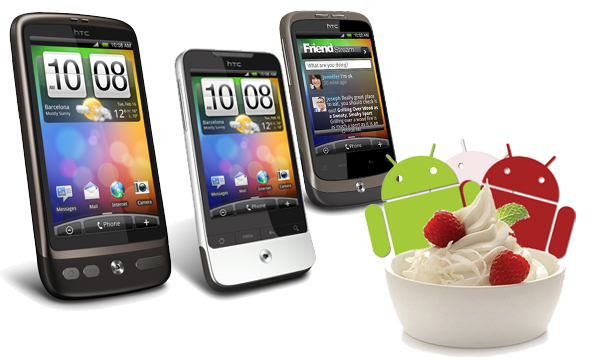 Earlier today we reported Froyo is been made available for the Nexus One. However, keeping in mind that a large fraction of HTC's consumer base is also using other devices,  they've stepped up progress toward making Froyo available on phones other than the N1. HTC has informed Recombu.com that they are already working on porting their HTC Sense UI to Android 2.2 and plan to relaese it for the HTC Desire, Legend, and Wildfire in Q3. Other plans in the pipeline include introduction of Android 2.2 to the HTC EVO and DROID Incredible during the summer. However, HTC Hero owners may not be getting this update as many of them are still waiting to get their phones upgraded to Android 2.1.

A spokesman for HTC gave this statement:

"We are working hard with our partners to update the HTC Sense experience on Froyo and distribute it to our customers as fast as possible. We expect to release updates for several of our 2010 models including Desire, Legend and Wildfire beginning in Q3."

So that leaves HTC with a tentative timetable to roll out the update. We'll keep you posted on any new developments.