From Meme Tablet to Everyday Computer, the iPad Changed the Way I Work Completely 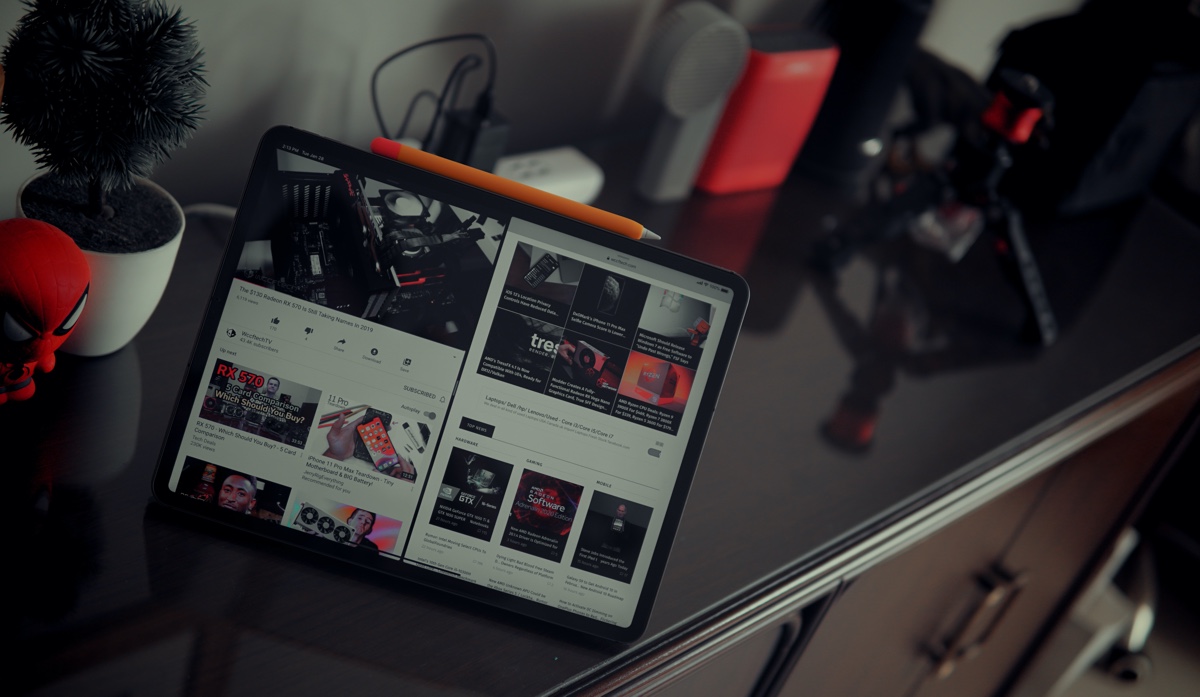 I had the most cliched reaction to the original iPad. Oh hey, it's a giant iPod touch. Slowly and gradually everything changed for me.

iPad is the Best On-the-Go Computer that is Always-On, Always-Ready - Changed the Way I Work, and I did Not See that Coming

Disclaimer: This op-ed screams fanboyism. If you're not ready for it, I suggest walking out right now.

I bought the first-generation iPad after the second-generation model was release back in 2011. I was offered one for a cheap price and I wanted to see how the giant iPod touch-resembling device was like to use on a daily basis. It blew me away at the time, not because I found utility in it, but because of the party tricks Apple packed in a large chunk of metal and glass. A large display, super smooth scrolling, a web browser which you can hold in your hand and a full day's worth of battery life, it had everything a nerd could ask for.

I always thought of the iPad as a fun, pastime device. When it came to real work, I always whipped out my laptop no matter what. Every single time. But fast forward to the 2020, I type this opinion piece on my iPad Pro, something which I wouldn't even think about doing back in 2011. Because with time, carrying a laptop around for work was turning into a brutal task for me, and with every single software improvement Apple tossed into macOS and iOS, subsequently iPadOS for iPad, the jump to a tablet as an everyday computing device seemed inevitable.

When I made the jump completely last year, there were a few things I realized immediately

Right off the bat, the iPad is not a perfect laptop replacement, it's more like a laptop with 'extra steps.' There's no real desktop, you have to get used to a lot of things before you achieve your task. For example, if you are editing a photo, first you open it up in the app you want to edit in, Pixelmator in my case, then you have to decide whether you want to save the image in Files or Photos, then you drag and drop into WordPress or upload it straight from the browser. Again, laptop with 'extra steps.'

In fact, I'll make one thing clear right here - there is no computer out there which will mold to your needs. You have to mold to it instead, and iPad needs a lot of molding from the user's end whether you are coming from a Mac or a Windows PC. You have to use it, understand it, learn it, integrate it into your life and even change your habits a little to get the perfect experience out of it. Did I do it? Of course I did, otherwise I would be typing this on a laptop. 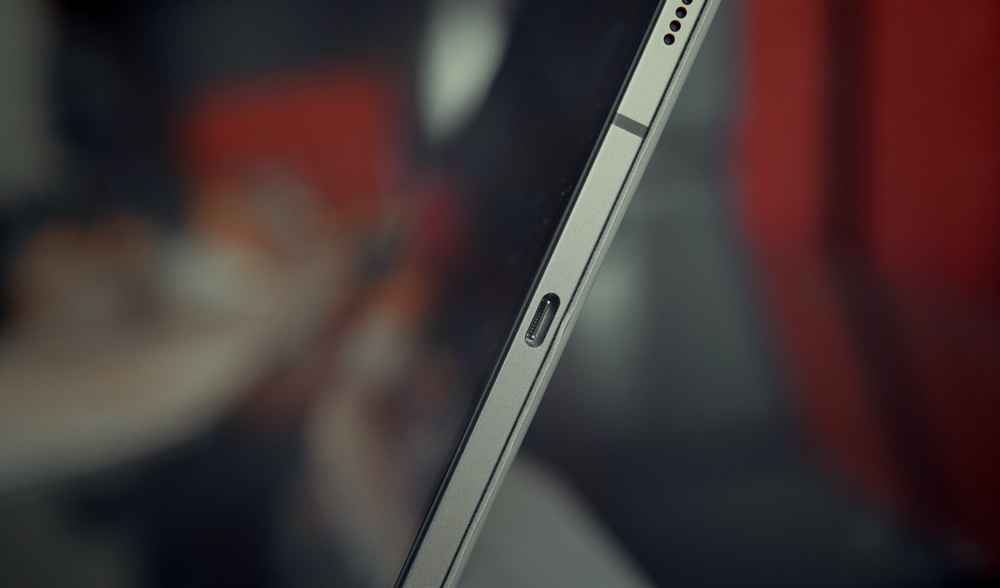 The lack of ports might put some people off, but with time, I've embraced that as well. I simply started buying accessories and gadgets that compliment my workflow, rather than giving sh*t to Apple for not catering to my needs (remember, molding?). Let me give you just one example - I shoot cover photos for the site on a regular basis, so I subsequently bought a camera that had built-in Wi-Fi so I can copy photos straight to iPad using Wi-Fi Direct. So, rather than ending up with an extra cable to connect my camera, I actually ditched one because the camera software on the Mac is absolutely terrible and method two and three for copying photos involves a USB cable or a SD card adapter, respectively. With iPad, it's a wireless affair. So I can just snap a photo, not worry about cables, copy it and get over with it. Simple.

iPadOS made things slightly better with time thanks to a desktop-like experience in Safari. The new home screen lets you cram in more icons on a page so you can spend less time hunting for apps and more time getting actual work done. Not perfect, but you start to embrace those extra steps for the convenience and portability you get with iPad. Toss it in a bag, carry it like a notebook, leave it in the living room at all times, it's just ready for everything.

With time, those extra steps recede and you embrace Apple's idea of everyday computing on iPad coupled with iPadOS

The one thing that sets the iPad apart from a laptop for me at least is the fact that it's an always-on, always-ready computer. Always-on, because it keeps me connected no matter where I am thanks to LTE. Always-ready, because it's just a tap away from being alive and I can jump into whatever task instantly, even if it's just watching Netflix or going to messages which the boss man has sent in. Sure, you can argue that laptops are always always-on and always-ready these days and that waking-up-from-sleep times have improved, but trust me when I say this, it's not the same thing when you put the iPad into the equation. Compared to my MacBook Pro which I use on and off to get work done, the iPad is instant when it comes to waking up. Using a laptop after iPad after all this time feels like starting a car in January. First you have to warm up the engine, let everything settle a bit then you can drive off. It's not the perfect analogy, but you get the gist of it. 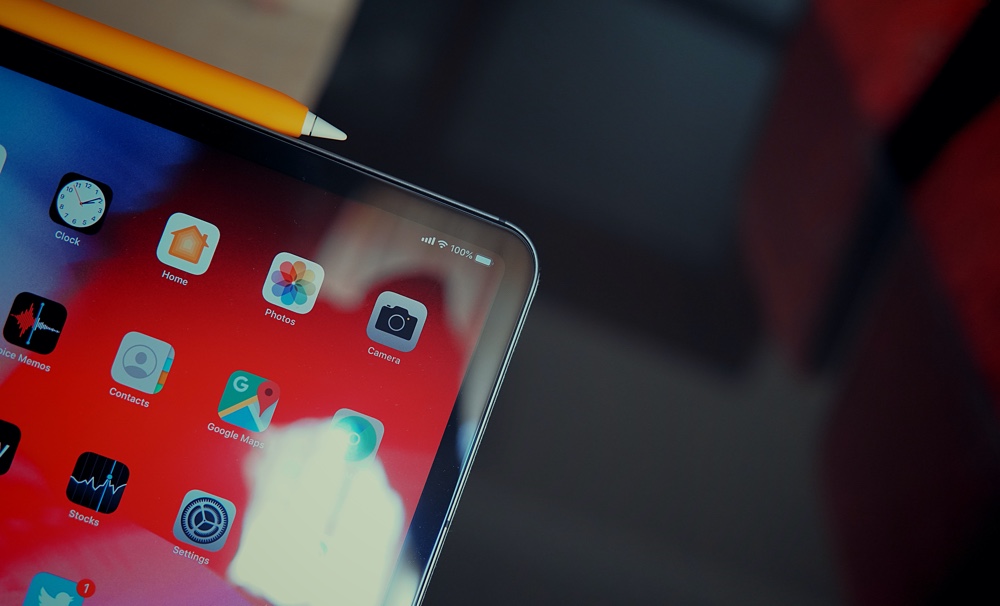 Once you look past the extra steps bit, the iPad for me is a minimal piece of technology which I treat as an all-around device rather than a workhorse alone. Never once I've had a moment while carrying an iPad I thought to myself 'I wish I had my laptop with me instead.' I am convinced that this is the one computer which you can take with you wherever you want to go and not worry about a laptop. I have had moments where I was even thankful I had an iPad with me instead of a laptop. Because scanning a document, signing it with an Apple Pencil and emailing it seems comical in an ad, but once you do it in real life, you start to become a believer.

While I do make it sound like that the iPad is perfect in a lot of ways, it's not. The recent iPadOS update has been a pain in certain areas and it makes me want to crush the iPad at times. For example, the screenshot-taking interface is absolutely broken to this day. Take a screenshot, make edits, save it, and the edits are gone. Same sort of thing happens in multitasking at times, with apps just disappearing when you are cycling through the floating window option. It can get frustrating if you are not willing to give it a chance at all.

Remember that Wi-Fi Direct wireless transfer from a camera I talked about? It works, but it works painfully slow. So batch copying of images can turn into a nightmare if you have 10+ images to work with at a time. The best way to remedy this is by carrying a USB-C dongle with you if you have an iPad Pro or Apple's Lightning adapter for connecting cameras if you have anything else other than the latest iPad Pro.

Let's wrap it up

Will I actually ditch my laptop for work completely? To some extent, I already have. My mind gravitates more towards the iPad as a computer which I should take with me whenever I decide to do a coffee run. And now the big question: should you ditch your laptop for iPad? Just give it a chance. Best case scenario, you'll switch. But even if you don't, you'll still be left with a tablet which you can always use for other tasks. So, will you make the jump?