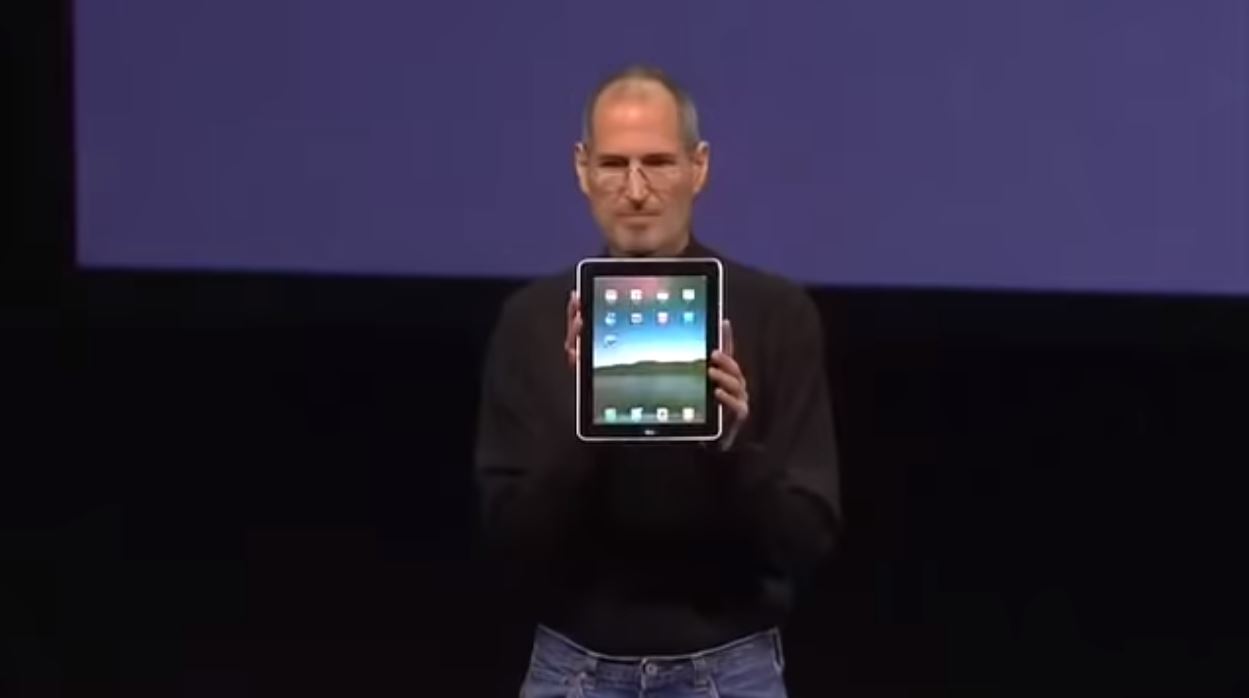 It's been 10 years since Steve Jobs, Apple’s former CEO unveiled the iPad to the world. It was introduced at the Yerba Buena Center for the Arts in San Francisco 10 years ago. The iPad was Steve Jobs' last major product before he passed away in 2011. Let's dive in to see some more details on the first iPad and how it filled the gap between smartphones and laptops.

According to Jobs, there was a missing product between smartphones and computers which could do some tasks better than both. That's when the iPad was introduced and Jobs referred to it as a 'magical and revolutionary device'.

As for what the original iPad looked like considering the dimensions, it featured a 9.7-inch 1024x768 resolution display, a single-core processor - Apple A4, up to 64GB of storage, 256MB of RAM and 10 hours of battery life. In addition, it was equipped with Bluetooth 2.1, a 30-pin dock connector, and the long-gone headphone jack. It was great for browsing the web, dealing with emails, ebooks and much more.

"iPad is our most advanced technology in a magical and revolutionary device at an unbelievable price," said the late Apple CEO. "iPad creates and defines an entirely new category of devices that will connect users with their apps and content in a much more intimate, intuitive and fun way than ever before."

There were two variants of the first iPad - WiFi and Cellular. The prior was priced at $499 and the latter at $629 in the United States. Do notice that the original iPad did not house any cameras.

Apart from this, the iPad was a hefty device compared to today's standards with 0.5-inches in thickness and weighed 1.5 pounds. It was released on 3rd April and the company announced that it sold 300,000 units on the first day.

The original iPad was an important device that filled the gap between a smartphone and a laptop. Now, 10 years later, it Is now thinner and more powerful than ever. Check out the video below for more details.

There will be more to the story, so be sure to stay tuned in for more details on the subject. What are your thoughts on this? Let us know in the comments section below.