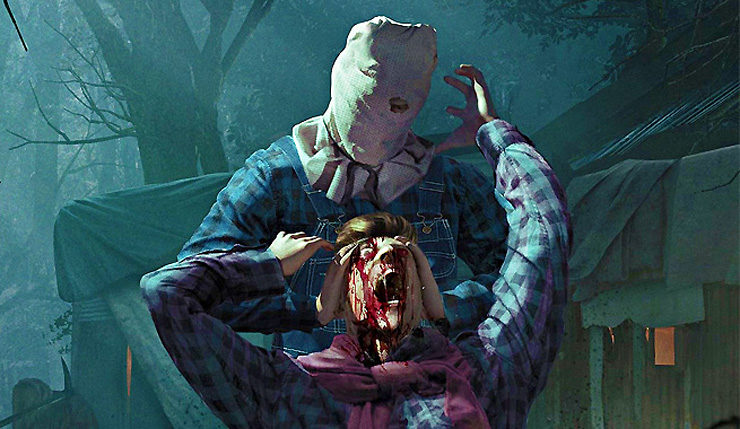 Since launching earlier this year, Friday the 13th: The Game has been promising, and failing to deliver, some form of single player. Originally, the single-player slashing was supposed to happen this summer, but the game’s developers had other issues to deal with following a buggy, problematic launch. Some details about Friday the 13th’s single-player component were finally revealed back in September, but then it was right back to the waiting game.

Well, believe it or not, a limited form of single player finally comes to Friday the 13th: The Game today. The latest patch adds offline bots, as well as a level cap increase and a handful of holiday promotions. You can get the official rundown, below:

Maybe you hate playing online with people. Maybe you want to learn the lay of the land in all the maps. Maybe you just want to practice laying waste to scores of counselors. Well, we’re happy to announce that the next update of Friday the 13th: The Game will include offline bots. To access this new feature, you’ll want to select the new “Offline Play” menu item, and then “Offline Bots”. Next up you’ll want to select the map you want to play on, and select your preferred counselor punishing Jason.

[The update also includes] an increase in max player level from 101 to 150. This increase won’t just be a number that keeps getting higher as you play more and earn XP. There are some cool things that you will unlock along the way, and we’re going to talk about a few of those right now.

New for Counselors: More clothing coloring options for Mitch, Fox, and a couple more counselors that we aren’t ready to speak about, yet, allowing you to stand out from the other prey in the match.

New for Jason: Get ready to murder pesky counselors in new ways. In the upcoming patch you will be able to unlock two brand-spankin’ new grab kills for Jason, absolutely for free. Well, except for the cost of CP. We’ll also have bloody variations of multiple Jasons allowing you to walk around splattered with blood like the slasher you are.

Offline bots are a nice start (assuming the AI is passable), but other promised single-player features, like Challenge Mode, are still MIA. Fingers crossed that Friday the 13th will actually be feature complete by its one-year anniversary in May.