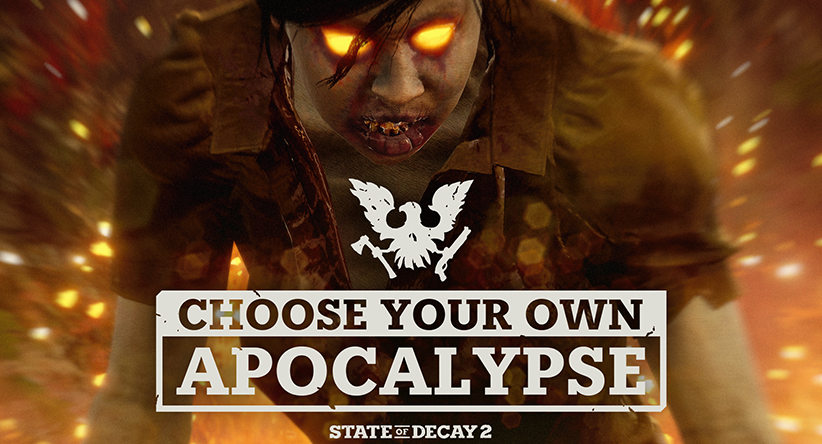 Microsoft and developer Undead Labs have released the free State of Decay 2 Update ‘Choose Your Own Apocalypse’.

A total of 16 new achievements can be earned through these two new modes.

“Dread Zones are great place for players who want a challenge with additions like armored zombies, more hordes and a faster acting blood plague infection (from about 3 hours to just about 30 minutes)”, Undead Labs writes on the official Xbox Wire. “Nightmare Zones are intended for hardcore players who are ready to test themselves against freak packs like screamer choirs and bloater pods along with NPCs who can headshot you right back.”

In addition to the new difficulties, this free new update allows player to choose their map when establishing a new community. “The team has also continued to make other improvements to the core game based on feedback, which includes an all-new Character Manager, larger loot drops at plague hearts and more”, the post from Undead Labs reads.

State of Decay 2 is available now for Xbox One and Windows 10 PC.