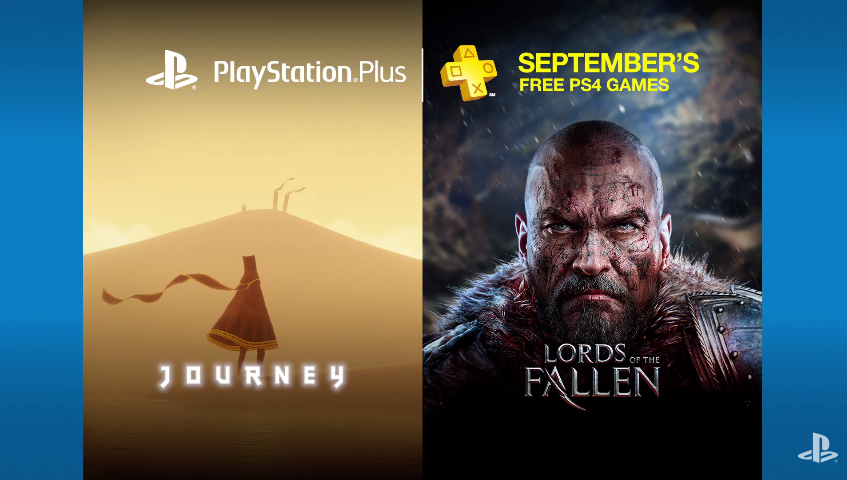 With PlayStation Meeting being held on the 7th, September is a huge month for both Sony and its fans. But before the platform holder reveals all that it has in store for us, it wants to make sure PlayStation players start off their month with some great free games. Journey, one of the best games ever released on Sony’s seventh generation game console, leads the free PlayStation Plus games lineup for September, and there is more.

This month, PlayStation 4 and PlayStation 3 owners will getting some bonus games, thanks to Cross-Buy. Journey, the critically acclaimed 2012 indie video game from Thatgamecompany, and winner of numerous Game of The Year awards, will be available on both consoles. The other free PlayStation Plus game that PlayStation 4 players will be able to get their hands on is Lords of the Fallen, an action role-playing video game that corresponds with the Souls series of games, and was developed by Deck13 Interactive and CI Games.

According to the announcement post on PlayStation Blog, PlayStation 3 owners will get Ubisoft Montreal’s 2010 action adventure title Prince of Persia: The Forgotten Sands, and Team Plastic’s 2012 PlayStation Move enabled game Datura. Badland comes as a bonus. You can view all six of the titles that will be coming Sony’s video game consoles this month in the list below.

As always, all six of these free PlayStation Plus games will be available to players starting next Tuesday, September 6, at which point the games that were free in August will return to their regular retail prices. For new free games that will be announced at the end of September for the month of October, be sure to visit back here.