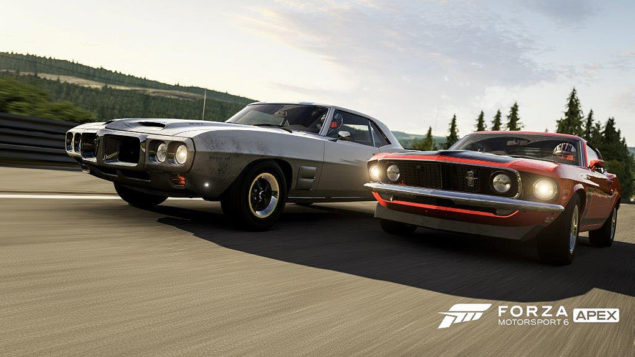 The original Forza Motorsport 6 was released back last year for the Xbox One, and Microsoft will be bringing a slim version of the racer to PC. Microsoft announced the news during the Microsoft Xbox One/PC gaming event in San Francisco last month. During the event, Microsoft presented its upcoming Xbox One and PC titles.

Website Seattle Times broke the embargo first. At the moment of writing, they have already puled the original article, but a cached version is still available right here (the Internet doesn’t forget!). In any case, it's all official now and you can check the gameplay trailer below.

Notably, all the titles Microsoft featured will have variants available on the PC.

Among them is “Forza Motorsport 6: Apex,” a version of the auto-racing franchise developed by Microsoft-owned Turn 10 Studios. “Apex,” a slimmed down version of its Xbox cousin, will be released free to users of Windows 10 this spring.

Racing games have long been used as showpieces of the amount of visual detail developers could pack into games running on new hardware and software. “Apex” is positioned as an effort to show off the gaming potential of Windows 10.

More and more Xbox One titles are being released for Windows 10, and the lite version of Forza seems to fit in Microsoft’s strategy to unite Xbox One and PC gamers. According Microsoft’s Phil Spencer, the team over at Microsoft is 100% committed to the PC gaming space.

“We are 100 percent committed to the PC-gaming space,” said Spencer. “That is a long-term commitment from us.”

Some might argue that with Microsoft’s PC commitment, their Xbox One might become unneeded. According to Spencer though, it’s a matter of preference, and Microsoft will remain committed to making the Xbox One console, the best console experience possible.