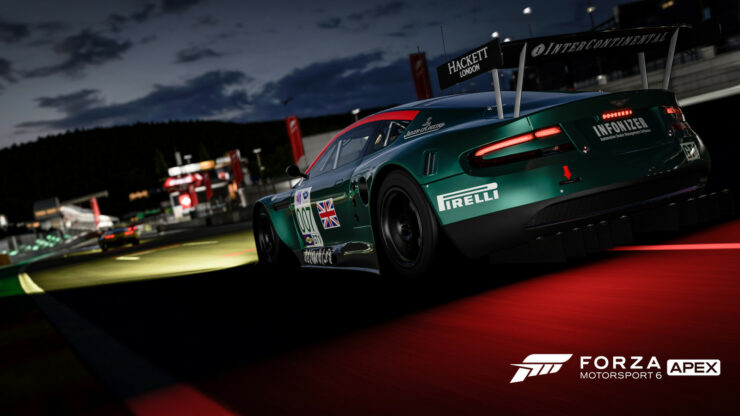 Forza Motorsport 6 Apex, the PC release of the latest entry of the series developed by Turn 10, has been made available with an open beta a few days ago, and the team has been working hard on this new version of their popular racing game to add as much new features as possible. Earlier today, a new update has been released for the game, which adds some new frame rate options that will allow players to further customize their experience.

The new Forza Motorsport 6 Apex update, which is around 236 MB big according to reports, adds new frame rate options - Dynamic, 30/60 and the ability to enable or disable v-sync. No other feature seem to have been added by the update, but we will let you know in case something new emerged in the next hours.

As revealed earlier this month, the Forza Motorsport 6 Apex open beta will receive updates throughout Summer, which will add a variety of new features such as wheel support and more.

During the open beta for Forza Motorsport 6: Apex, players can expect to play a beautiful, high quality experience that will run on a variety of Windows 10-enabled machines. As a first-party Microsoft studio, Turn 10 is obsessed with performance in Forza games and, during the open beta for Apex, we will be working to improve the game’s performance across a diverse selection of hardware setups (see below for our recommended PC specs).

As development continues, players can expect to see updates and improvements to the game.
For example, wheel support is coming to Forza Motorsport 6: Apex and Turn 10 is busy working to ensure that Apex delivers the kind of wheel support, performance, and features that racing fans expect from a range of available hardware. In addition we plan to support additional features that we know are important to PC gamers, such as the ability to disable Vsync and an in-app framerate counter.