Earlier this month, Microsoft has confirmed that Forza Motorsport 6, the latest entry of the racing game series released a while back on Xbox One, is going to be released on Windows 10 in the future as Forza Motorsport 6 Apex. The Windows 10 version of the game will be slightly different than the Xbox One release, as it will be free slimmed down release. Today, some new screenshots have surfaced online, showcasing some of the game's video and hud options and more. 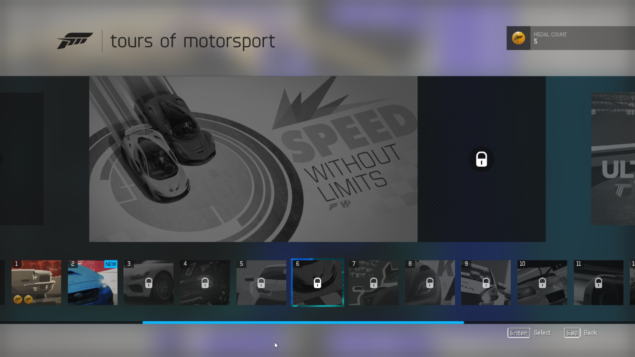 As mentioned above, Forza Motorsport 6 Apex will be slightly different from the original Xbox One release. Forza Motorsport 6 Apex has been designed for players who are new to the Forza franchise and it will deliver authentic wheel to wheel action, unique automotive content and constant rewards. The game's career mode is going to feature a new Showcase Tour, and a new objective and scoring system will also be introduced.

The career mode is anchored by a new 12-event “Showcase Tour,” which introduces players to fascinating cars and unique automotive match-ups through a series of beautifully crafted and entertaining videos, narrated by automotive celebrities such as James May and Richard Hammond.

Forza Motorsport 6: Apex features a new objective and scoring system, which challenges the player to grow their skill and compare scores with their friends, and each event is a completely unique experience with unending replay value.

Forza Motorsport 6 Apex will be released sometime this Spring on Windows 10 in all regions. We will keep you updated on the upcoming racing game as soon as more comes in on it, so stay tuned for all the latest news.