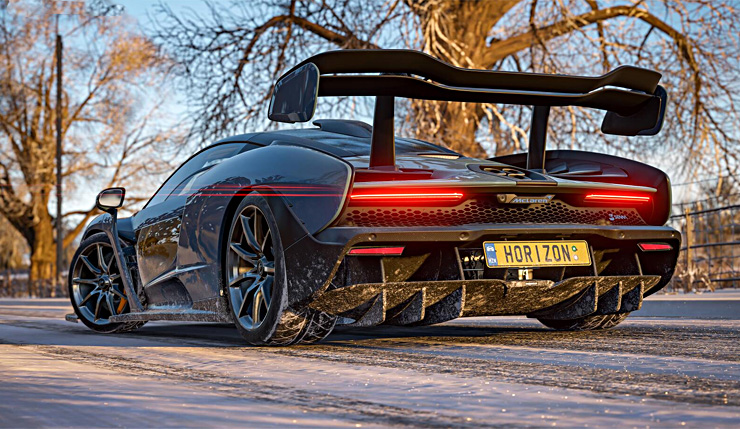 Forza Horizon 4 developer Playground Games is dishing a ton of new info about their open-world racer via a series of weekly livestreams throughout July. The first steam was all about summer, character customization and houses, while the second focused on autumn, the game’s shared-world online features, Forzathon challenges, and more. Well, grab your coat and mittens, because this week we’re getting a look at winter, as well as new details about Car Mastery, Forzathon, the game’s UI, and more. You can check out the full livestream, below.

Here’s what you need to know about Car Mastery and the Forzathon Shop:

Each car now has its own skill tree, which can include up to 16 perks. Every new car (including duplicates) is leveled up separately, and you can sell your souped-up car at the returning Auction House. Forza Horizon 4 launches with 450 cars, so mastering them all will take a looooong time (although some crazy person will probably do it).

Playground already released some details about the Forzathon live events in their previous stream, but this week they provided a bit more info about Daily and Weekly Events, and the Forzathon Shop. The latter was the most interesting – the Forzathon Shop is designed to let you buy items you haven’t been able to get from Wheelspins, and will refresh its items when the seasons change. You can only spend Forzathon Points in the shop, no real money, and it won’t have any exclusive items.

Playground also revealed a few extra tidbits about the seasons themselves. They will automatically change every week for everybody playing the game. A countdown timer will warn you when the season is about to change, and when it winds down, you’ll see a quick season-change cutscene and can then continue on your way. The entire change will take about 20 seconds. While we’re at it, here’s a look at the Forza Horizon 4 winter map:

You wanted to see it in all its glory, so here it is fresh from the freezer. Take a look at the full snow covered winter map for #ForzaHorizon4! See any roads or dirt trails that particularly pique your interest? Or maybe you fancy drifting across Derwent Water?! pic.twitter.com/Vi5oAgXsNF

The next Forza Horizon 4 livestream happens on July 31, at 7pm BST. Playground is promising a focus on spring and other new features.