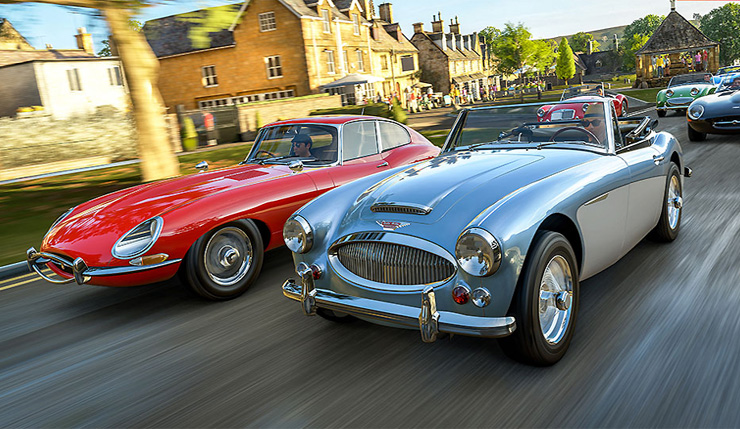 Forza Horizon 4 was one of the pleasant surprises of E3 2018. Sure, the franchise has always been top-shelf, but Horizon 4, which adds seasons and a host of other new features, looks particularly impressive. Those hungry for more are in luck, because developer Playground Games will be revealing a ton of new details via a series of weekly livestreams throughout the month of July.

The first of these livestreams, which just wrapped up minutes ago, focused on summer. The game will feature the “perfect British summer,” which is to say, hot, sunny, and lush. None of the usual clouds or rain here! You can check out nearly an hour of hot summer gameplay, and commentary from Forza Horizon 4 creative director Ralph Fulton and other Playground devs, below…

Here’s what you need to know about houses and character customization:

Houses are your place to switch out, paint, and customize your cars. Each one also comes with certain perks, ranging from the silly (a crown for your avatar to parade around in) to the very useful (unlocking fast travel). There are a total of 12 houses you can acquire in the game, ranging from the isolated Huntsman Lodge to the lavish Edinburgh Castle.

It doesn’t look like you can change your facial appearance – rather, you can pick from 14 pre-set characters, and dress them up in over 500 different pieces of clothing and accessories. All items come in different colors, with some being more rare than others, and there are no gender restrictions for any of the clothes. There are also wackier costumes, like a full, glitter-covered chicken suit. Some items can be unlocked by completing challenges, but you can purchase stuff as well – no word if you can use real money to buy things, but the Forza series has never shied away from microtransactions.

The next Forza Horizon 4 livestream happens on July 17, at 7pm BST. Playground is promising a focus on Autumn and the game’s shared world features.