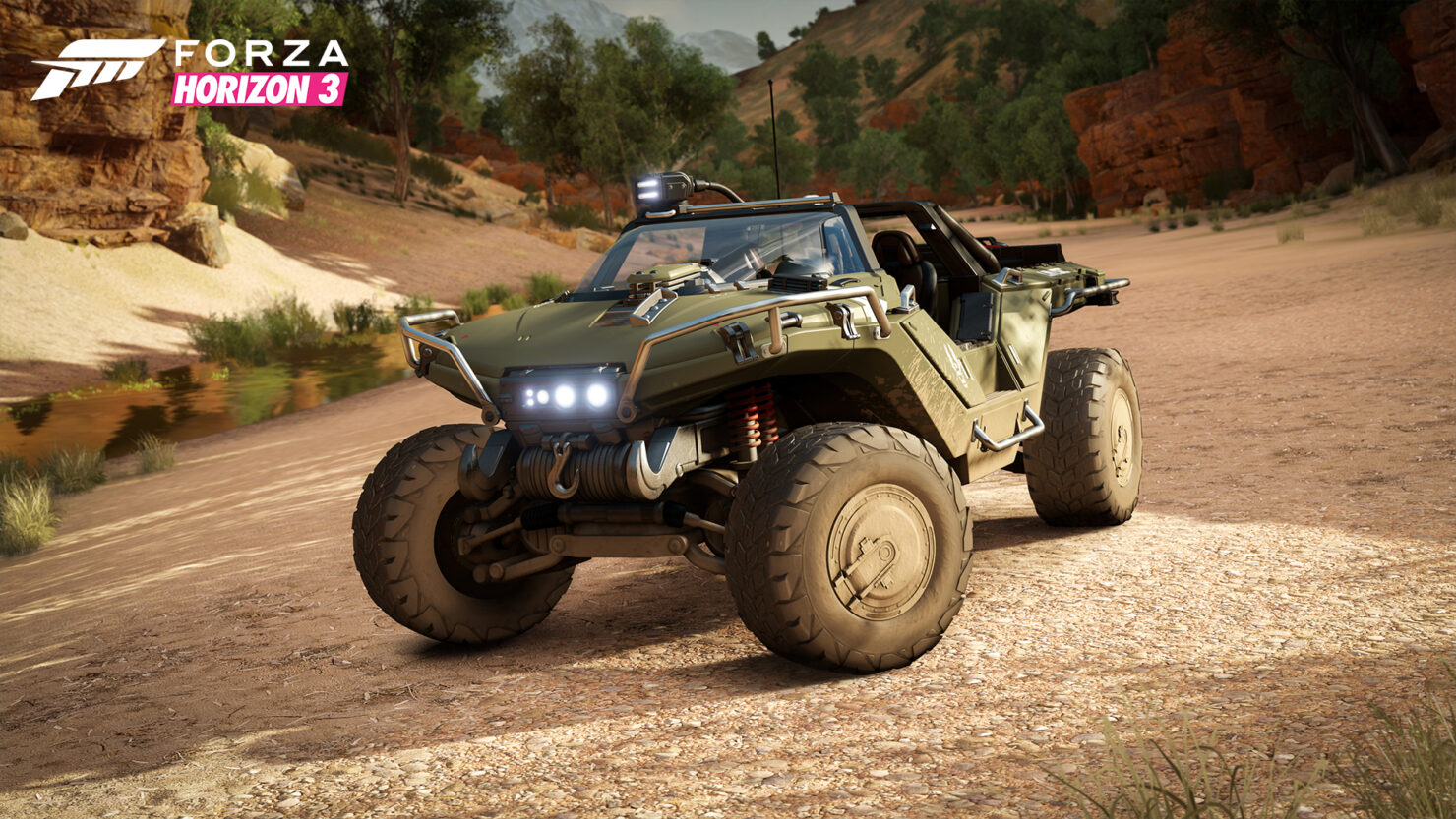 Playground Games' Forza Horizon 3 has now officially gone gold, with retail discs being prepared as well as the digital release.

The happy news is being celebrated with the announcement of a rather unique vehicle addition to its 350+ roster: Halo's Warthog.

The 2554 AMG Transport Dynamics M12S Warthog CST is a civilian transport alternative to its militaristic cousin, the M12 Force Application Vehicle. What it may lack in brute force – you won’t find a turret on this version – it more than makes up for with its 720 bhp twin turbo V8, making it significantly faster than its FAV counterpart. The Warthog CST in Forza Horizon 3 is also ideally suited for the rough and tumble landscape of Australia. With the most advanced suspension in Forza Horizon 3 (with more than 70 cm of suspension travel), plus advanced dampening, you won’t find the combination of power and stability like this anywhere else in the Horizon Festival.

The M12S Warthog CST will be available at launch for Forza Horizon 3, and will be sent as a free download to everyone who has played either Halo 5: Guardians or Halo: The Master Chief Collection on Xbox One. Eligible players will receive codes to download the Warthog via an Xbox Live Message, and codes will begin to be sent out during the week of September 5. In addition, players who have not played an Xbox One Halo game will still have the chance to earn the Warthog via a special #Forzathon event coming to Forza Horizon 3 in October.

Forza Horizon 3 will be the first full game in the franchise to release on Windows 10 PC as well as Xbox One (with full cross-play functionality). These are the recommended specifications (a DirectX 12 enabled computer is required):

There will be several graphics settings to change for the advanced users, from basic options like full screen, vertical sync, and resolution, to more advanced adjustments like quality settings for motion blur, mirrors, reflection, static and dynamic geometry.

A list of supported wheels for PC will be shared in the future. As to the languages, Forza Horizon 3 will be fully localized (voice and text) for English, Brazilian Portuguese, French, and German, and Spanish (Mexican) and includes language support (text) for Italian, Polish, Spanish, Korean, Japanese, Russian, Simplified Chinese, and Traditional Chinese.

The game is out on September 27th on both platforms, though owners of the Ultimate Edition can start playing on September 23th thanks to the early access bonus.