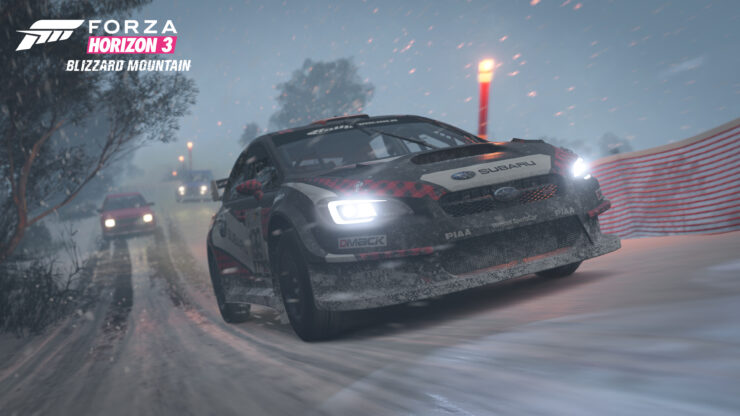 Things are about to get a bit chilly, so wear your warmest racing gloves. Forza Horizon 3's Blizzard Mountain Expansion is finally available on Xbox One and Windows 10 PC.

Last night, a teaser trailer for Blizzard Mountain was released showcasing exotic supercars skidding across a frozen lake. The new expansion puts racers in a new area of Austrailia filled with snow, ice, and perilous turns as you try to become the King of the Mountain.

Chances are you'll have to do some serious off-roading through the snow. Thankfully the expansion adds the following cars and trucks that should do the job:

You should also note that you will be able to put on snow tires to any of the cars already in your garage and make it blizzard ready to take part in Blizzard Mountain's three new race types and fifty new events. There's even a new barn car that's hidden away somewhere around the snow-capped mountain.

Anyone using a Xbox One S with an HDR-ready TV will be able to take advantage of the Forza 3's expanded contrast range for some really breathtaking visuals. This isn't available yet on PC, sadly; we can only hope that monitor hardware manufacturers will showcase some HDR displays at CES 2017 in a few weeks to expand HDR availability on PC.

Check out below the Blizzard Mountain launch trailer, shared today by Microsoft.