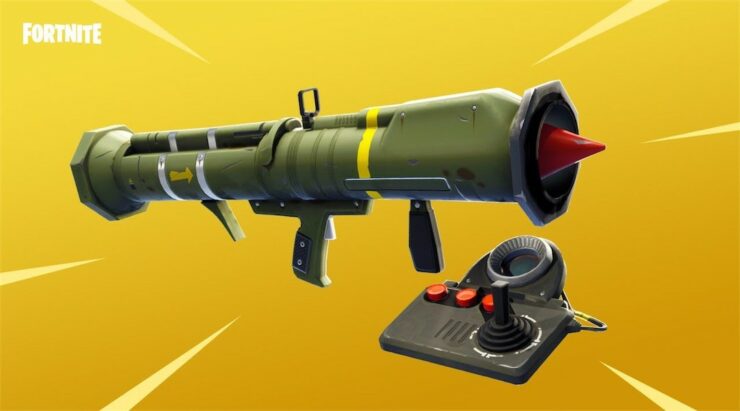 The Fortnite Guided Missile weapon has been temporarily removed, according to the developer.

On the game's subreddit, an Epic Games developer has confirmed that the Guided Missile has been put into the vault for the time being due to concerns over the fairness of the weapon.

Weapon Swapping is also going to be changed in the near future following player feedback.

We recently introduced weapon equip times. This change was geared towards balancing quick switching between different weapons with low rate of fire (effectively bypassing the drawbacks that make these weapons fair).
After reviewing your feedback, we’ll be making a number of changes in a hotfix later today:

Snipers and Crossbows do not benefit as much from quick switching, so we’ll be reverting the equip time changes for those weapons.

We will be keeping the delay for the remaining weapons with the new behavior - Shotguns, Revolver, Hand Cannon, and Rocket Launcher. Note: All other weapons do not have equip times.

Weapon equip animations will be improved in a future update. These are unfortunately somewhat misleading - it’s possible to fire sooner than the gun appears ready, so they feel more sluggish than they really are. You may notice this on a few weapons.

These two changes are an iterative step in taking another look at our weapon swapping and improving it for the long run. Please share your feedback as we continue to work on these changes.

Fortnite is now available on PC, PlayStation 4 and Xbox One in all regions.