Forspoken Is the Official Title of Luminous Productions’ Project Athia, Coming Next Year to PC & PS5 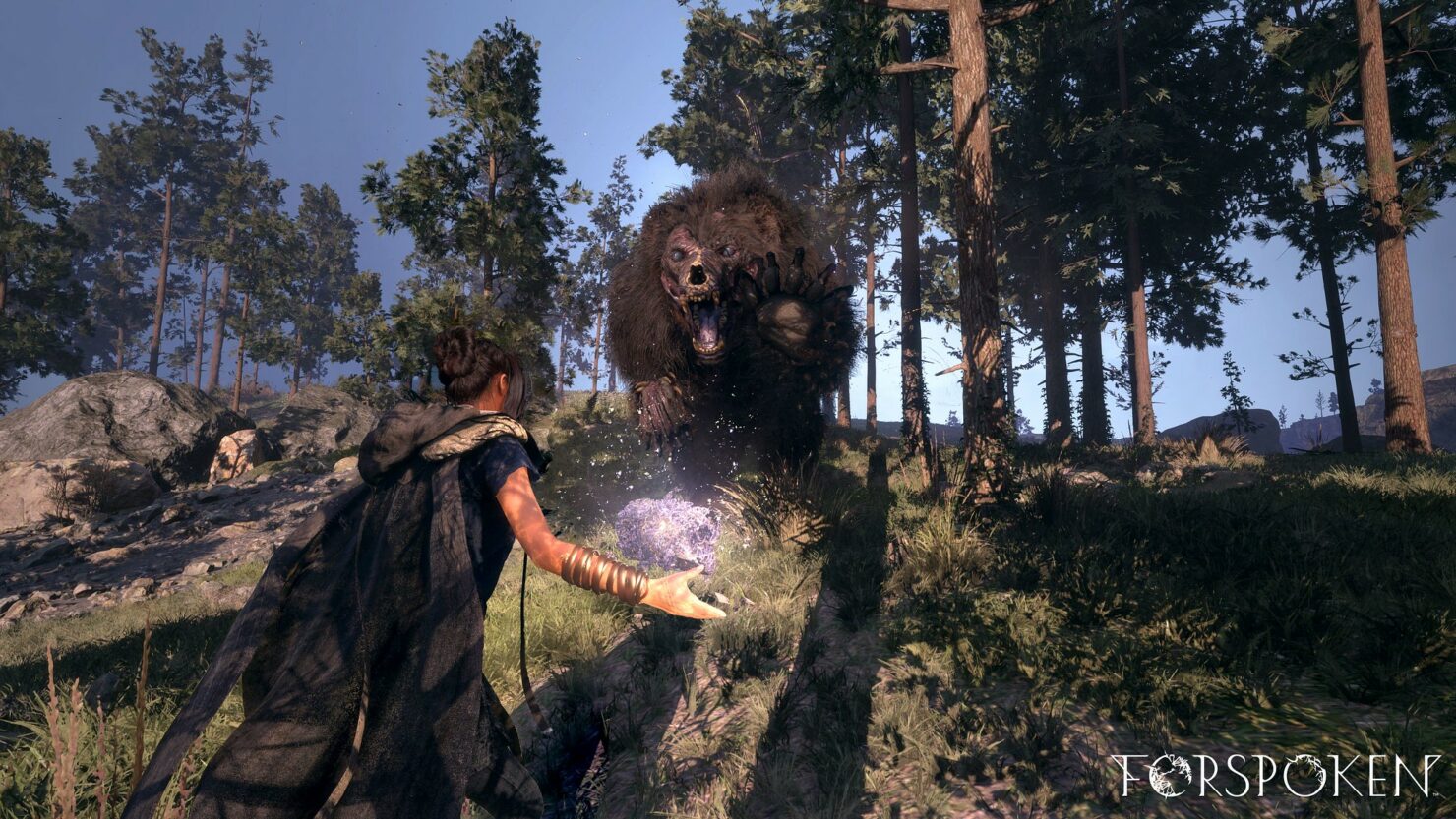 Project Athia, the new action roleplaying game coming from Luminous Productions (the Square Enix studio that delivered Final Fantasy XV), has been confirmed to be titled Forspoken. The game, set to launch at some point in 2022 on PC and PlayStation 5, received a few more details via Director and Head of Studio Takeshi Aramaki.

Forspoken is an action RPG where you will take on the role of Frey Holland, an ordinary young woman who must harness her magical abilities to survive in a fantastical and dangerous land called Athia. As Frey, you will embark on a thrilling, other-worldly adventure and face treacherous trials to unravel the mystery behind the unknown land of Athia and awaken something much more from within.

As you’ll see in the new game clip, Frey is able to traverse the world with incredible speed and fluidity. I can’t wait for players to experience firsthand just how satisfying it feels to move through Athia, scaling cliffs, and leaping across ravines in the future.

Frey takes center stage in Forspoken, and we’re delighted to announce that actor Ella Balinska is performing the character. We were looking for someone who could convincingly portray Frey’s dynamic character, and we knew immediately that Ella was the perfect person to play her. From the beginning, Ella understood the themes and concept of the game and was able to channel this in her performance to bring Frey’s character to life. Not only is Ella talented and well matched to the role of Frey, but she is also extremely passionate about Forspoken as her first video game project.

Ella Balinska (who was already rumored to be involved in the project) appeared recently in the latest remake of Charlie's Angels as Jane Kano. In the brief video below, following an introduction by Balinska, we also get to see some new gameplay scenes. As a reminder, Forspoken will be an open world game featuring cutting-edge technology based on a new iteration of the Luminous Engine seen in Final Fantasy XV.

Gran Turismo 7 Seemingly Confirmed as PS5 Exclusive, Early 2021 Release May Be Out Though